Another Kind of Girl Power - A Response 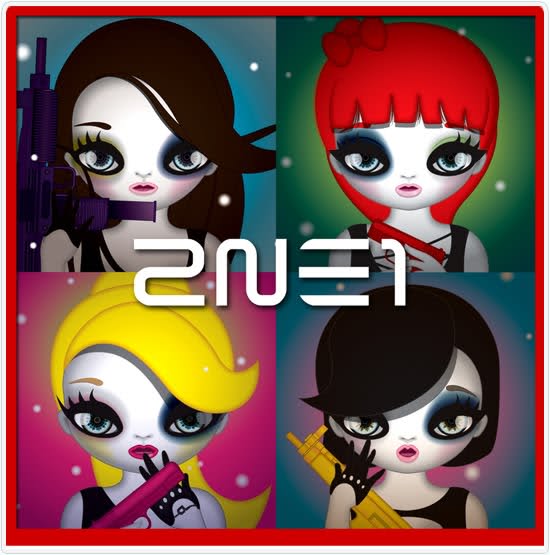 So the lovely Ashley of Seoulbeats wrote this great post suggesting that Miss A offers a different, and possibly more relatable type of girl power than 2NE1. While I agree that they provide a different image of women to the k-pop audience, I disagree that 2NE1 is somehow less relatable to their audience than Miss A, for a number of reasons.

Firstly, let’s acknowledge something here: in the entertainment business, and specifically in k-pop, images are constructed in order to create the most appeal and garner as much popularity as possible. This applies to any group signed to a major label. Got it? Good.

Anyone who looks closely at representations of women in Korean music and TV will notice the tendency towards showing images of cute, young women. They call everyone “oppa” and are basically there for your entertainment/enjoyment. We see a trend towards women who are, in one way or another, disempowered and in need of help from a guy. Occasionally scattered among these images are images of cool, sexy women skilled at the body wave and making bedroom eyes at the audience. These images, however, are few and far between, and often shed at the first opportunity

Now, into this fray enters 2NE1. Loud, proud, in your face and oozing swagger and self-confidence. They got the attention they were looking for, no doubt. The Korean pop world had never really seen anything like this before. They wouldn’t know what to do with them if YG didn’t give them a great marketing package to start them off with – “the female Big Bang” was a powerful phrase in a country under the sway of YG’s most successful boyband. Throw in a catchy girl power anthem as their first single, and the Korean k-pop audience quickly fell in love with YG’s first girl group.

Now, the argument here is that no one can relate to their fierce image. It’s too out there, too in your face, too crazy. However, that depends on what you think “relatable” is. Yes, the average girl in Korea probably doesn’t have access to designer clothes worth thousands of dollars, and can’t walk about town with a stylish bucket on her head and not feel silly; but she can relate to the desire to stand out from the crowd, to be seen and heard, to not conform to the norm. It may not be true for all girls, but it’s true for some.

Also, I think that saying 2NE1 doesn’t provide a complex representation of women is not giving them enough credit. A closer reading of their music videos and music reveals that they actually provide a pretty complex picture of the female experience. While they usually promote with girl power anthems, their albums often feature songs showing their more vulnerable sides – “In The Club”, “Stay Together”, “I’m Hurt”, “Lonely”. “Lonely” in particular provides us with a nice image of them – their spiky Balmain jackets make them seem at first glance strong and rebellious, but the lyrics of the song reveal a softer, more emotional woman on the inside.

Furthermore, I’d also argue that an artist doesn’t really need to be relatable to have popular appeal. While some people enjoy music that expresses feeling and situations they themselves have experienced, there is equal enjoyment to be had in music that speaks of a lifestyle or experience that is unattainable to the listener, except in a vicarious way, through the music. For example, you know you’ve danced to Black Eyed Peas’ “I Got A Feeling” completely sober countless times in your pyjamas. And how many times did you sing Beyonce’s Irreplaceable even though you were in a very happy relationship? Whether or not you “relate” to the experiences an artist sings about,

As a counterpoint, however, let us note that the ability to relate to an idol is a huge factor in the success of k-pop groups. Frankly, if you’ve never been on a reality TV show to showcase “a different side of yourself”, you’re nobody. So even if their music makes them seem like these huge stars with wild, crazy lives, we can always find proof that in reality, they’re just like us.

So then, is a different kind of girl power even necessary? Could it really develop the current image of women the Korean media presents us with? I think it could still, because in the end we want a bit of everything: the party songs, the girl power anthems, the sad songs for when you go through a bad break-up, or just the songs that make you go “yeah, that’s exactly how it feels.” And the more we see of that, the more confident we are that we will be accepted in all our beautiful complexity.

To conclude, I’d like to say that I really like Miss A’s video for “Good Bye Baby.” It’s basically what “Run Devil Run” should have been, had Girl’s Generation not wanted to retain their image as Korea’s golden girls. Talking about revenge is okay, but actually doing it? Yoona would faint at the thought. And this is where Miss A’s “bad girl” image comes in handy – the dark, angsty vibe of the video appears natural instead of contrived. And we can enjoy them giving the two-(four-?)timer his just desserts, without necessarily having a similar experience to draw upon. Also, it elevates an average song to a pretty good one. Hats off to AQ Entertainment for this one. Enjoy :)
This informative post was written by mellowyel of the blog http://mixtapesandlinernotes.blogspot.com, where she catalogs her other K-pop musings *The More You Know*