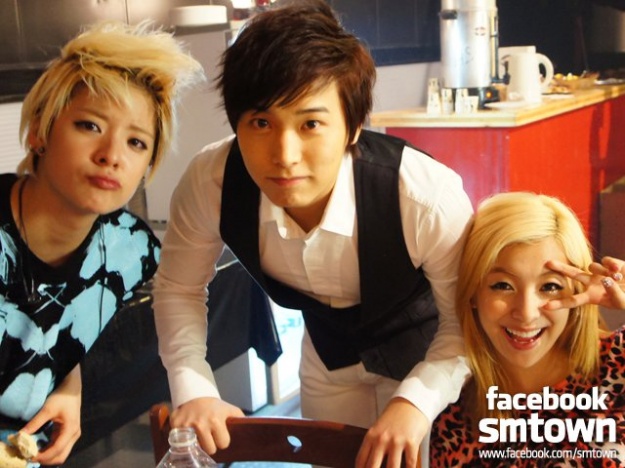 So guess who’s been performing in Paris – and flaunting it all over their Facebook page? Unlike Patricia, I think by promoting their page, SM is finally getting with the social media times. SM Entertainment had their first show in Paris on June 10th. But fear not, non-Parisian fans – SM had the whole thing documented, real-time, on their Facebook page. No more crappy fan-cams, oh no!

The Facebook page is also connected to their official Youtube channel so there are official photos and videos aplenty. Yes, Facebook can be a dangerous tool when placed in the hands of an oppa-crazy fan girl, but when kept strictly for corporate purposes, no one can ignore the worldwide influence of “the social network.”

No one can say the French fans weren’t enthusiastic, and from some reports it was interesting to hear how eager the SM performers were to impress their European audience. 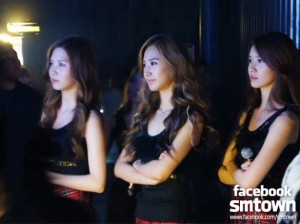 Is it bad I can't even tell them apart at this point?

People have been of different opinions concerning this “global tour” and again this doesn’t necessarily prove Korean pop as a global phenomenon, but it does justify its diverse worldwide fandom.

Instead of focusing  on conquering Billboard and Oricon, their music industry could easily take advantage of that and likely bring in a larger profit as a result. It’s also a good way of spreading the world about South Korean culture that the country’s government is so keen on pursuing.

A mishmash of the Dream Concert, as a world tour! I believe it could happen and should be seriously considered (and not just for my own *ahem* benefit). Plenty of recording artists (Anastaica, Kylie Minogue) may not dominate the American airwaves but have undeniably successful careers in their own right.

Hey, I bleed red, white and blue but the United States does not sit at the center of the Earth and K-pop may evolve for the better if they continue to pursue their foreign fan base.