Won Bin is a Wild Flower for Vogue Korea 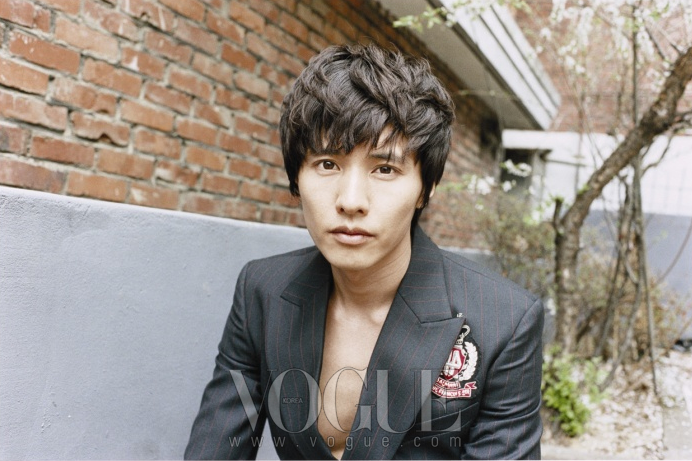 From the fearful Ahjussi to Wild Flower, Won Bin is, eternally, good-looking. Though this photoshoot is sorely uninspired. First, NEVER should you wear a notched lapel suit jacket without a shirt (or any blazer for that matter), second, the Terry Richardson aesthetic needs to die out (along with, incidentally, Terry Richardson), finally, Won Bin your boring but still hot. Round of applause.

Coming back from military service five years ago he took things slow going back into the entertainment industry, only doing two films since he’s been back. The first was Mother, the critically-acclaimed Bong Joon-Ho film that competed in the Un Certain Regard section of the Cannes Film Festival in 2009. This was followed by the hit thriller, Ahjussi which has spawned countless male celebrity imitations (I’m looking at you G-dragon).

He’s modeled for Espresso, the Wii, Hite, the Face Shop, LG and, most recently, Basic House with Moon Geun Young. What I’m most interested in seeing is where he goes next. Before his military service he was a pretty face that turned in a couple of good performances. But not many. Now, after Mother and Ahjussi he’s exhibited a well of talent that’s waiting to overflow.

A drama would give us more Won Bin face time, but Won Bin is full movie star status now. And honestly, I can’t imagine a drama worthy of him, it’d be like George Clooney shooting a series (that wasn’t ER). I want a movie, and further, a steady movie career for Won Bin.

What about you? Drama or movie for Won Bin?