Dear Daesung: About that car accident... 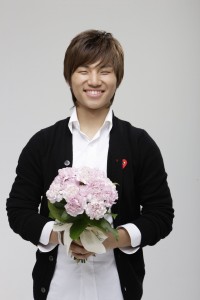 Before anything, here are the facts:

It has been reported that at approximately 2:00AM on May 31st, Daesung crashed into a taxi and a motorcyclist. The motorcyclist had already crashed on the street, having been the victim of a hit and run. When the taxi stopped to be of aid to the motorcyclist, Daesung had hit the taxi. Any information beyond this, is conflicting: reports vary, stating that Daesung crashed into the taxi, the taxi fatally crashed into the motorcyclist while other reports possess no such information. Regardless, police arrived at the incident and proceeded to test Daesung’s blood alcohol content which thus revealed that he was not under the influence at the time of the incident. He is currently at the police station under investigation.

Now, back to the situation at hand.

When, things like this happen, everyone–the media, fans, etc.–falls into chaos. Assumptions are made, false information spreads, and falsehoods become the truth. The accident is tragic enough but what adds to the tragedy is mass reaction.

Since all the facts have not been revealed, I’m not sure what to make of this incident, Daesung. But regardless, I hope you maintain a straight head and ultimately commit yourself to what is right.

My condolences to the motorcyclist, the taxi driver, Daesung, and all family & friends. I hope everyone can respect the people involved and refrain from judgement until all the facts have been revealed.