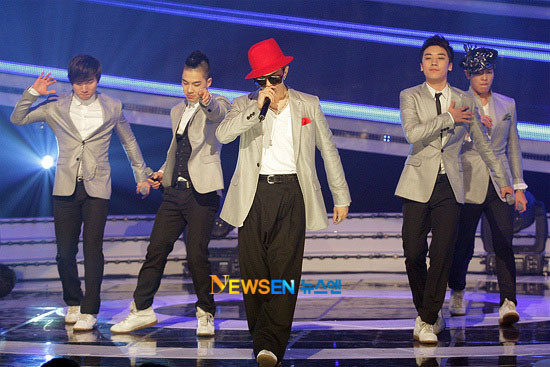 Big Bang definitely made a big bang when they returned with Tonight, but fans were pleasantly surprised when they continued promotions with another two new tracks to add to the album, “Love Song” and “Stupid Liar.”

However, all good things must sadly come to an end, for today on April 30th, Big Bang will be bidding fans goodbye with their last appearance on this week’s Inkigayo.

The goodbye stage is set to blow our minds, seeing how YG representatives revealed that the boys were given five minutes for their farewell performance and would be presenting a new stage to be experienced.

To wrap off, Big Bang will not just be performing Love Song, but also a special Intro, which G-dragon created by blending all the members’ solo tracks into one short composition. I have no idea how it’s going to sound like, but from a perfectionist like GD, it’s gonna be good.

It might be bye-bye to us for now, but lucky Japanese fans will get to catch the boys live with their “Love & Hope” Japan tour, kicking off on May 10th.