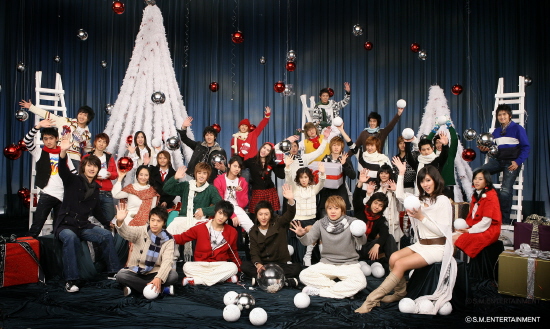 Well now, we can’t have JYP getting all the publicity can we? SM Entertainment has announced that they will also be producing their own homegrown k-drama, possibly referencing the much talked about Hana Kimi remake. However, as a one-up, netizens will vote to decide what celebrities will be cast in which role. So, kind of a combo of American Idol and Glee.

There has been no direct confirmation as of yet as to whether SM idol actors will be involved (por ejemplo: TVXQ’s Yunho and Changmin, Super Junior’s Kim Heechul and Choi Siwon, SHINee’s Minho, SNSD’s Yoona and Sooyoung) but you know fans are salivating over the SM fanfiction of their dreams. Of course, with everyone and their umma migrating over to Japan, it’s questionable if the project will come across as promised, or ever come out of the development phase at all.

Does anyone else get the feeling that this would have been more intriguing two or more years ago?