Onew explains reasons behind barreling straight into a pole 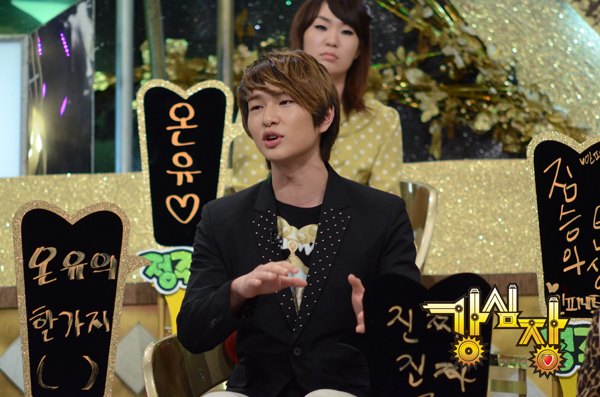 Tra-la-la-la-la, whatever he does, Onew Condition, whatever.

A few months ago, a bunch of idols participated in the Idol Star Athletics Championship, which highlighted a bunch of exciting events (*cough* Minho won everything *cough*) – including this:

Minho runs over to congratulate her...

Onew recently appeared on Strong Heart to explain his latest bout of Onew Condition, saying “I ran to Luna because she had won first place and I was happy for her, but I didn’t see the metal bar in front of me, so I tripped and fell over it.”

Leeteuk replied, “I think you fell just so you could hug Luna.”