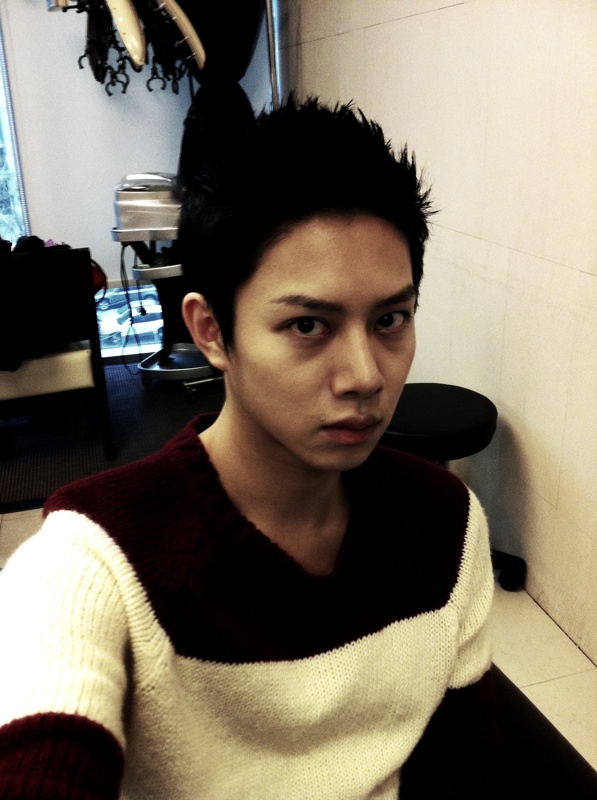 My question is, when he gets this angry, does he always start conversing in Engrish? Sorta like a Hulk-effect, but instead of turning green and ruining his clothes he takes selcas and posts on Twitter?? Heechul tweeted the following message early on the 24th:

I can understand that he gets mad just like anyone else. I can also sympathize with him, as someone who must rely on his looks (to the extent that all KPOP idols are judged on their looks), it must suck to have had an overly-adoring fan injure your moneymaker. But this seems very out of character for him. And so sudden.

Perhaps he was just having a bad day. And maybe there was bad lighting and an awful mirror in the green room. Or maybe he didn’t get as much attention as he usually does. Or maybe he got too much attention due to the injury. Either way, I think all ELFs can say that they just want their HEE HEE back and cracking jokes, rather than upset and angry.