Who Do You Want to Confess to? 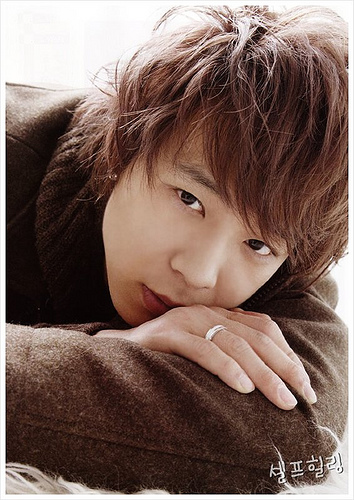 With the day of love and heartbreak fast approaching, the music site Monkey3 conducted an online survey asking women who they most wanted to confess and give chocolates to.  After 7,422 responses were sent in, the somewhat surprise winner was JYJ’s Micky Yoochun with a whopping 48% of the votes.  Citing why she had chosen Micky as the ideal guy to confess to, one woman felt that “whether it is chocolate, or a confession, I feel he will be happy to accept.”

Hmmm… I always thought of Yoochun as a player and heartbreaker. But I can understand why women are falling heads over heels for him recently especially after his successful acting debut as the scholar Lee Sun-joon in the Kdrama Sungkyunkwan Scandal. Romantic and cute guy Lee Seung-gi, won second place with 40% of the votes. Hyun Bin, BEAST‘s Yoseob, and 2PM‘s Nichkhun came in third, fourth, and fifth place respectively.

Who do I want to confesss to? Lee Gi-kwang, or rather I want him to confess to me…by doing his special rendition of  Chris Brown’s “Take You Down.”