The Bang is still BIG 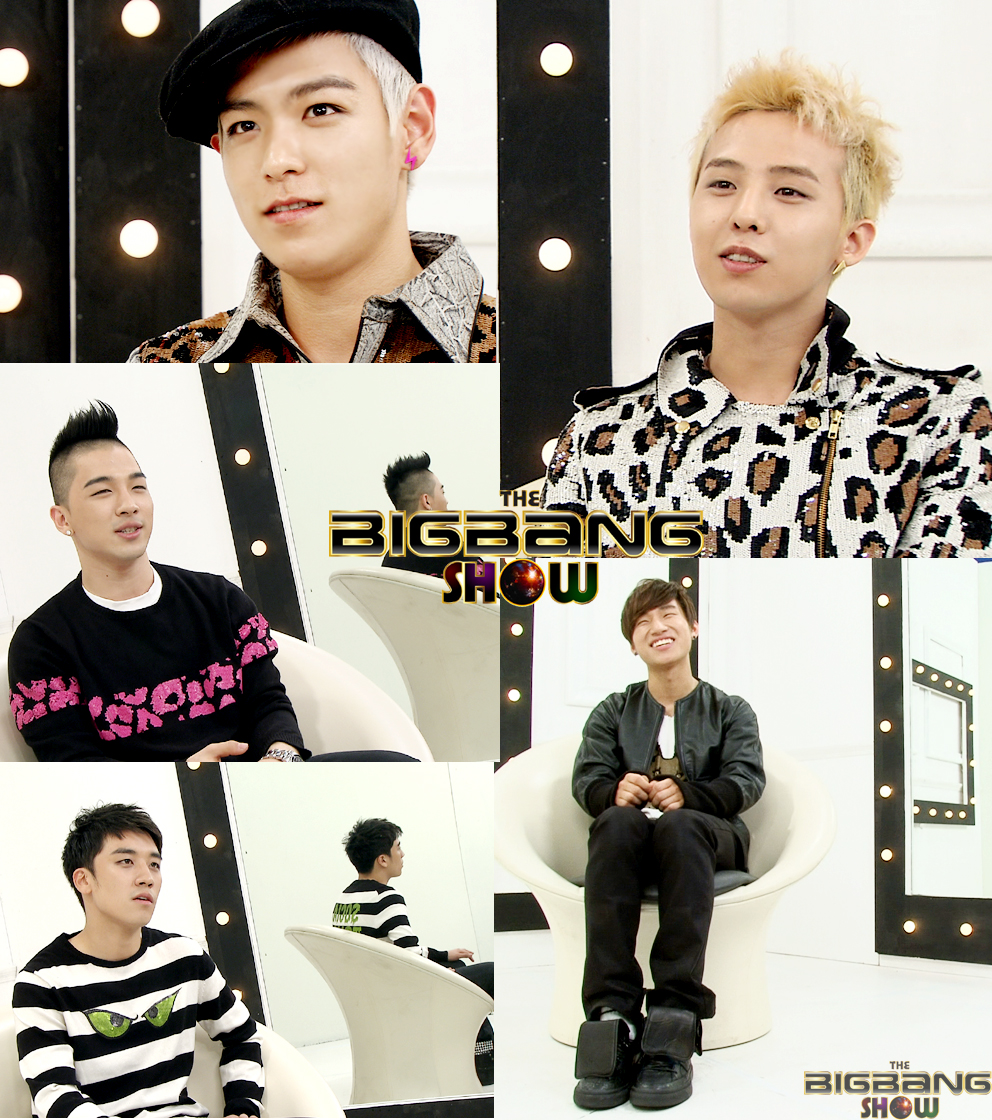 Anxious fans started freaking out (totally not me though) when the show didn’t start on time at exactly 12:00 midnight on the 27th.  Luckily, it wasn’t that the live streamers were down, it was because SBS went overtime about 20 minutes (if you ask me on purpose selling extra ad spots).  It was worth the wait.  SBS’s hour long Big Bang comeback special The Big Bang Show 2011 was more than worth the effort of staying up all night (and until the sun rose, for me). It was great seeing the whole group performing on stage together and even though I didn’t love all the songs on the new album seeing them performed live makes it all sound so much better (I’m adding 0.25 to all my previous scores)!

Check out all the action below.

The Intro, Thank You and You.  To think I could’ve been vacationing in Vegas and cruising down the strip when this was shot…

Hand’s Up- Is it just me, or is everything better with a little Big Bang in it.  I still think they need to get new stylists though.  The Ms.Korea type sashes with “Big Bang Is Back” on it was killing it a little for me.

Lies- The one that started it all… an oldie, but goodie.  You gotta just love Kpop fans and their little synchronized chants.  Still my fave Big Bang song of all time.

Cafe- Ah. my fave of the new song, and maybe I like these costumes the best.  Although they are kind of suspect with each of them having a print of themselves on the front of their frocks, but hey they’re Big Bang.  G-Dragon is so cute with his GD towel tied to his mic à la Axl Rose. I think I owe GD an apology, because I think the falsetto part I didn’t like at first listen in the song was actually Taeyang or Seungri– it was a little out of tune.  And, Daesung and T.O.P.? Perfection.

What Is Right – What is right?  The choreo, T.O.P. is so  cute dancing.  What is wrong?  The back up dancer girls’ camo unitards, ugh bad stylists.

Their Secret Garden Parody was worth the effort of watching live alone.  GD is pretty beautiful as a woman, although he did seem to enjoy feeling up his perkies a bit much.  Daesung as the evil omma…  I almost died laughing.  It was fun seeing the members reactions while watching the parody also.

Sunset Glow- I’m sure by now the boys have the right to refuse to wear stuff, right?  Then, WAE!

Tonight- Okay, so I like the song, but still don’t love it.  I was distracted from enjoying the performance totally by  Seungri’s pleated skirt, G-Dragon’s skirt (even my mom has shorter skirts than that), T.O.P.’s half skirt, and Daesung and Taeyang’s fringe.  Also, did y’all notice that the big sign behind the red one says “TONOGHT?”  Loved the set though.

There are a couple more videos of the show available here, including the interview segments.  Ah, it’s good having Big Bang back in Kpop.

At the end of the show, they premiered Big Bang’s MV for their title track “Tonight” which was shot in Las Vegas and L.A. (they don’t havwe beaches like that in Vegas, right?)  And like my fellow writer Patricia said, if there’s one thing that YG can do it’s the visual stuff.