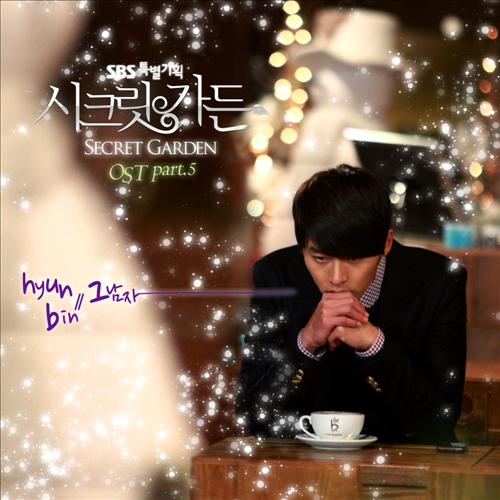 Secret Garden is currently one of the top Kdramas airing due in large part to the sizzling chemistry between the two leads Hyun Bin and Ha Ji-won. The OSTs for the drama have also been doing featuring artists such as Baek Ji-young and 4Men. There were reports that Hyun Bin would be recording a version of Baek Ji-young’s “That Woman” for an OST release and now we have a release date.

The Secret Garden OST part.5 will be released online at midnight on January 7th.  Recording the song was difficult due to Hyun Bin’s tight filming schedule, but it was something he really wanted to do.  Despite a few delays, he was able to finish the recording of “That Man” and it’s said that his distinctive bass voice shines nicely in the heartfelt song.

There are already clips of the song out there, check it out.

Hyun Bin is no Baek Ji-young, but I think he does well.  He’s a little weak on the lower registers, but when he gets to the chorus parts he sounds great.  Now that’s an OST I want.