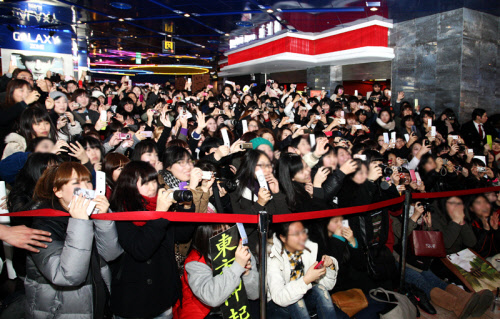 DBSK fans invaded the COEX in Gangnam for a fan signing on the 12th at 2:00 pm. Yunho and Changmin showed up for a Samsung Anycall Galaxy event to greet a mass of excited fans.  It was a first following their recent comeback after being absent on the Kpop scene for more than two years.  The event was very successful as anxious fans crammed the COEX for a chance to get an autograph. 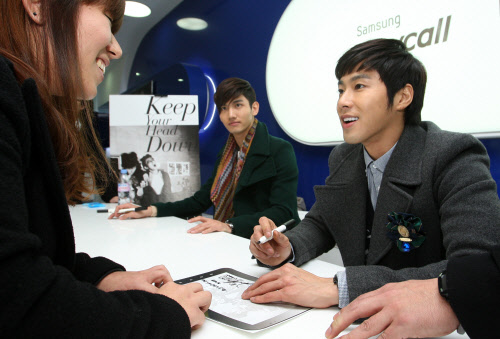 At the start of the event, the duo thanked their fans for their love and support with their new album Keep Your Head Down as a 2 membered DBSK.