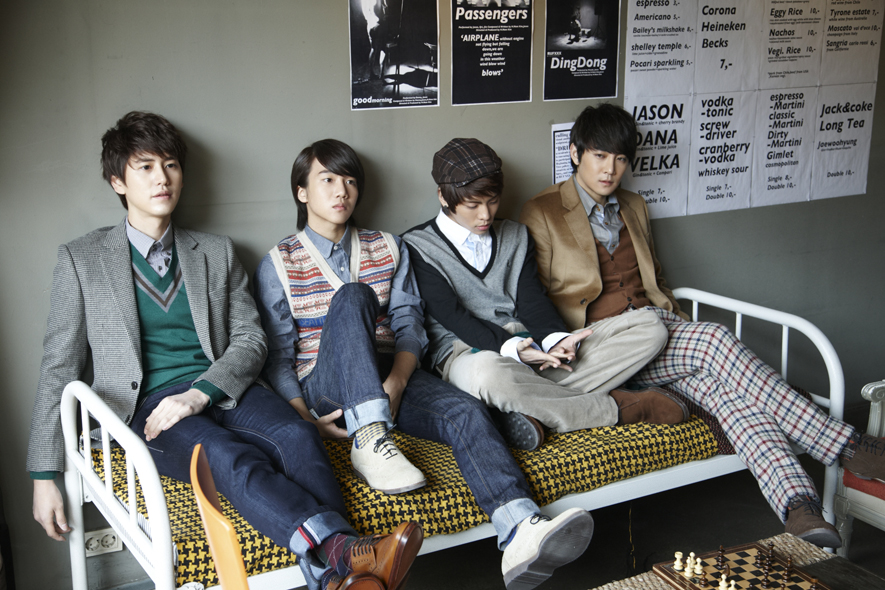 SM Entertainment has released the MV for S.M. The Ballad‘s hot song “Hot Times” via its Official YouTube Channel.   S.M. The Ballad, the vocally stellar unit made up of TRAX‘s Jay, SuJu‘s Kyuhyun, SHINee‘s Jonghyun, and SM rookie Jino bring on some R & B swagger with “Hot Times.”  Check out the MV which is shot in black and white and has the boys in a GQesque setting.

I love the groovable beat and the boys’ powerful, yet chocolate smooth vocals.  I also really like the simplicity of the black and white MV which I thought suited the song well.  Two thumbs way up for the song and MV.