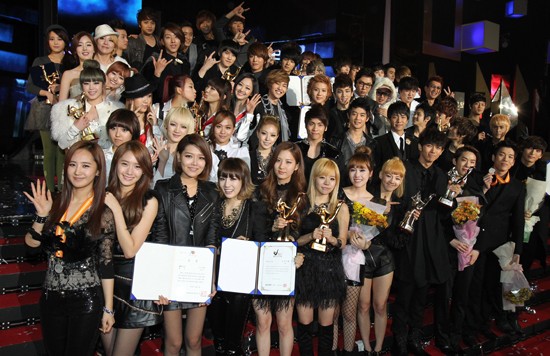 The Golden Disk Awards, an annual KPOP institution since 1986, and Korea’s spectacular version of the “Grammy’s”, occurred yesterday and here are the winners, the fashions, and the performances.

And, finally, here are my brief observations and thoughts:

Okay, peeps-have at it. What are your thoughts on the 2010 Golden Disk Awards?