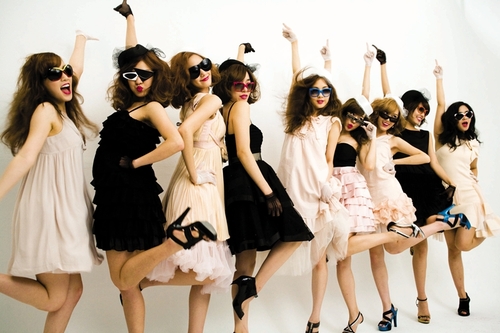 During the segment “Right Now Is SNSD” on SBS TV’s Night TV Entertainment the members revealed their initial shock and embarrassment when they learned their group name would be Girls’ Generation. The girls were expecting a cool English name like Muse or Eternity. Sooyoung even confessed to shedding a few tears. They said, “We’re not even in a rustic period, the name ‘Generation’ made our limbs dissolve. The employee who created the name has left the company.” Good thing they weren’t stuck with their pre-debut group names “Women or Brigade Team”

If that name made them cringe, I wonder how they felt when they stepped onto the MV set for “Kissing You” with their lollipops in hand.