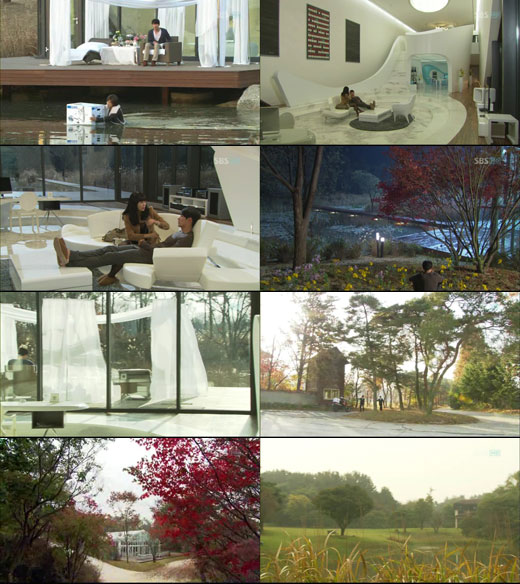 I’ve seen some awesome homes before, but none like Hyun Bin’s character’s house on the Kdrama Secret Garden.  The sweeping landscape, the dock and pond, the house… people live like this in South Korea?  I guess I shouldn’t be too surprised with the whole chaebol lifestyle some live there, but it was still awe inducing.  The house is an actual mansion in Yeoju, Gyeonggi Province and it has been the talk of fans since the drama began.

The mansion and surrounding area is used as a corporate training center and it has already been used in a few other popular dramas.  The mansion was also used in Winter Sonata and Star’s Lover along with numerous cosmetics and food CFs.