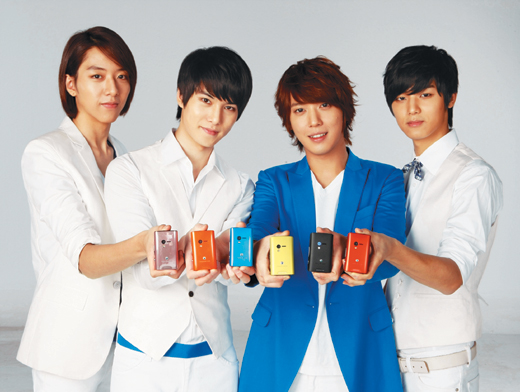 C.N. Blue launched Sony Ericsson‘s campaign for their new XPERIA X10 Mini cell phones in Korea on November 2nd.  The phones which come in an array of colors go on sale to the public on the 3rd.  To promote the new phone two CFs for the Mini featuring C.N. Blue were released, check them out below.

Aaww they’re so cute, I would totally think of getting one if they were available in the US- they had black, right?