2PM and miss A to cross stages

This is to happen during this week’s M!Countdown. 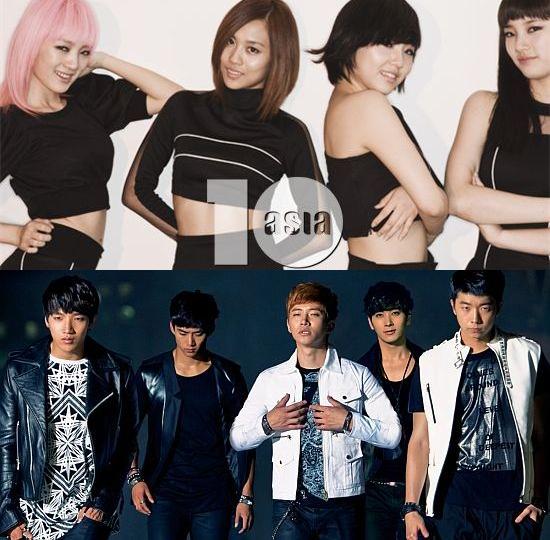 The boys returned with “I’ll Be Back” on last week’s broadcast and this week they’re bringing something else. 2PM will swap songs with fellow JYP/AQ girl group miss A by giving their own rendition of “Breathe”. While they give the reggae tune a beastly makeover, the girls will bring it on with “I’ll Be Back”. At a glance, both dances are equally rigorous and both groups should be able to pull it off nicely – what’s not to like about ssanti Wooyoung doing that cute chest-pumping thingamajig and Suzy rocking that running man sequence?

Producers have commented on some footage of 2PM members patiently training their hoobaes on how to carry it off. miss A was also described to have given a neat performance of their sunbaes’ title song. The familiarity and friendliness between both groups was said to surface and we’ll be able to see more of that tomorrow.

And just an added bit to keep you anticipating: