Shots from the Scandal Set 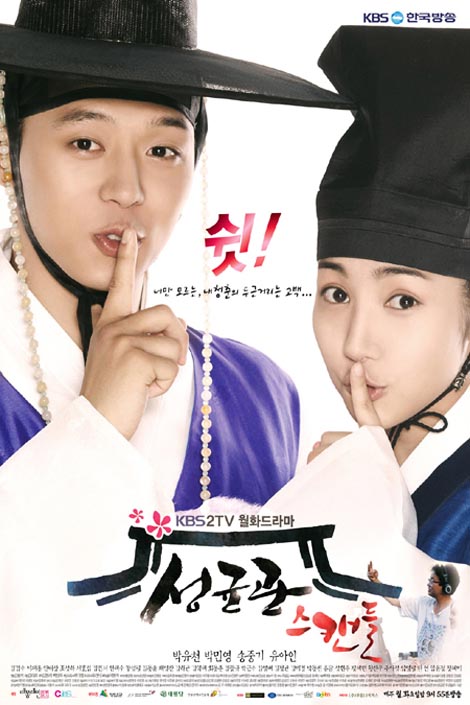 Actor Kang Sung-pil who plays one of the president’s minions Im Byung-choon in the Kdrama SungKyunKwan Scandal uploaded a few pics to his Twitter account of some behind-the-scenes posing.  In the pictures Sung-pil gets his funny on with Park Min-young, Micky, and Yoo Ah-in.  It looks like the cast enjoys their time together in between scenes. Check it out. 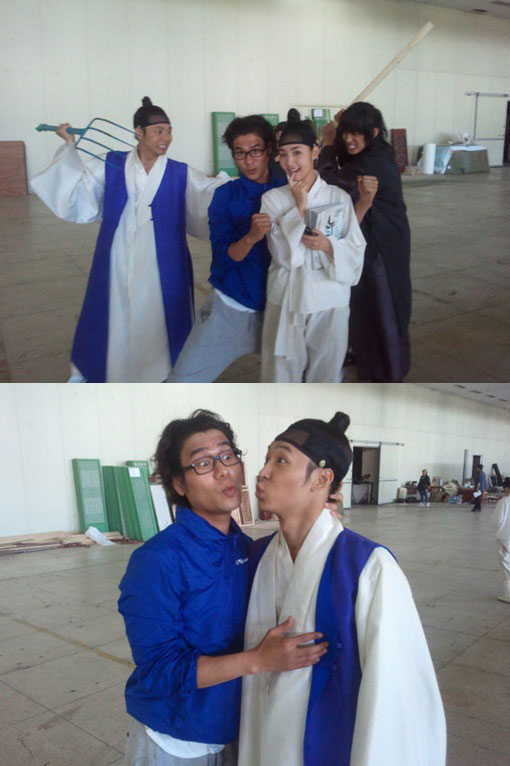 I came across these gems from the latest episode of Running Man.  Song Joong-ki was one of the unfortunate ones along with Yoo Jae-suk, Ji Suk-jin, and Lee Kwang-soo losing the night’s draw.  Their punishment was to appear in public wearing some colorful hot pants.  Joong-ki couldn’t complete the task with the others because he had to return to the Scandal set, so he carried out his punishment there. 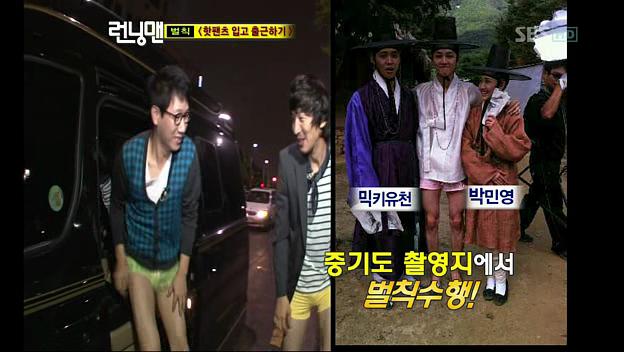 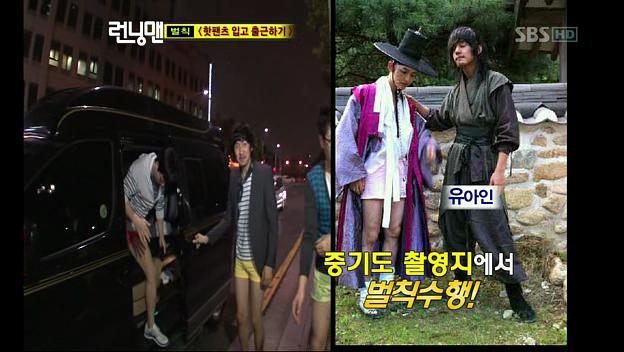 I think Joong-ki lucked out, it seemed way more embarrassing to have to go out in public dressed in the hot pants like Jae-suk and company had to.  I think Joong-ki’s character in the drama Goo Yong-ha would have totally rocked the pink hot pants too.

This week the drama’s 9th and 10th episodes will air, it’s the half way point in the drama which is scheduled to have 20 episodes.  Can’t wait. 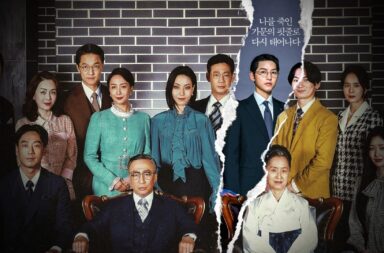