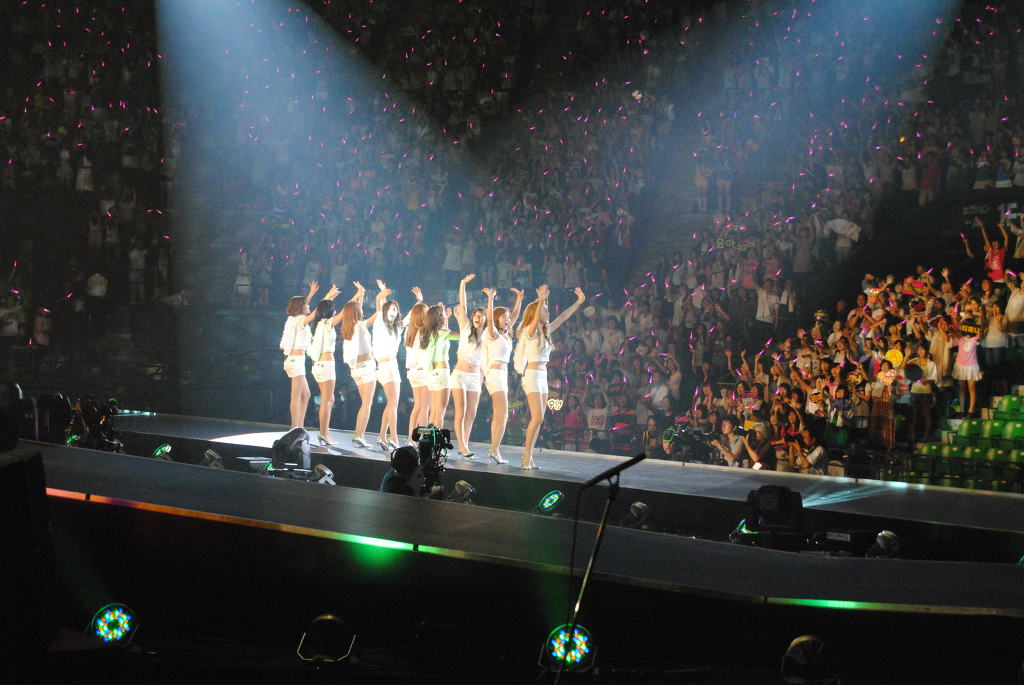 SNSD has been well received in Japan by their Jpop fangirls (odd I was expecting mainly male audiences, oh well) and the Japanese media. The group performed three concerts at the Ariake Coliseum in Tokyo. The audience attendance totalled to around 22,000 JSones.
They mainly performed the Korean versions of their most popular singles, but did introduce themselves in Japanese and debuted the Jpop version of “Genie” on  a big screen.

I know Sooyoung learned Japanese years ago from her days spent as one half of the Korean-Japanese Idol Duo Route 0. The rest of the group, aside from their introductions, still seem to need a translator.