K-Pop Abroad: Japan and the USA 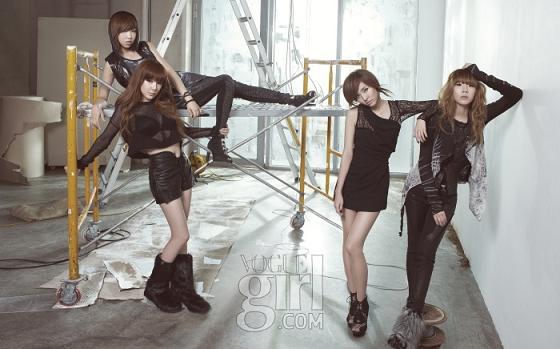 It seems that as of late, Korean music companies have turned their eyes across the pond and are trying to get K-pop noticed outside of Asia. SM Town Live is coming to America (Los Angeles) for the very first time; Taeyang just released his international album with three English tracks and the other tracks on Solar, and 2NE1 has announced plans to debut in the US, along with news of their comeback in September (OMG SO EXCITED). This is not all that surprising to people who’ve been k-pop fans for over a year, but it is an interesting phenomenon. Succeeding in the States is like the Holy Grail of K-pop – many have tried, none have “succeeded” – that is, none have attained the level of popularity in the US music scene as they have in the international k-pop scene, and that their many loyal fans expect of them. No group or artist has charted in the iTunes Top 10, or made an appearance on late night or primetime TV (except Rain), though most managed to put on some well-attended concerts, and sell a few songs and albums.

Now, if you ask me, we k-pop fans are asking a bit much when it comes to our favorite artists debuting in America. K-pop artists are tailored for a Korean audience, not for a US audience. My time as a k-pop fan has proven to me one thing – the US and Korean/Asian music industries are extremely different. Both run on the production of popular music for the masses, but each mass has different experiences, is listening to different kinds of music, is watching different TV shows, have different senses of humor. One can hardly expect success to follow each other so easily. I mean k-pop artists wouldn’t be k-pop artists without their constant appearance on TVs, radios and advertising. The US music industry operates on a completely different system, and most foreigners only manage to scratch surface of the kind of success that we expect of them. US artists rely less on in person appearances and more on the spread of their name via the internet, TV and the radio. The music goes out before the person, not the other way around. You’d hardly have an unknown artist do a reality TV show before they debut – they’d have to be famous first. In Korea, it’s a lot easier to get your name out there and get people interested in you before your music comes out.

Now, successful US artists tend to be successful outside of their home countries as well, but they never clock in the same sales numbers. K-pop has a very firm grip on it’s homeland, and the only times that the music of foreign artists has made it into the top of the charts there have usually been related to k-pop (i.e. someone did a cover or collaborated with a certain artist). And in reality, the only two countries where there’s significant overlap between the chart toppers are the US and the UK, and even then, in terms of overall sales, native artists reign supreme.

Also, you have to factor in Western hegemony over contemporary popular culture. The fact that it’s coming out of the US alone guarantees its success outside its native land because we all like their music. Somehow, they’ve managed to come up with a formula that people all over the world like. Same with Hollywood. If you evaluated it on the basis of quality alone (and this is very subjective I know, but roll with me here) it wouldn’t be any better than the popular music of say, Korea or Mexico. But people will give it a chance because it’s from the US. And they’ll most likely like it. Not so with Korea, though K-pop and J-pop seem to be enjoying a surge in popularity due to the internet, college students studying abroad and things like Google Translate.

I really believe that k-pop artists are talented enough to succeed outside of Korea but we have to acknowledge the fact that the US music industry is a whole other ball game, and honestly, the US masses have not fully embraced k-pop and probably won’t for a while. So we shouldn’t get our hopes up too high. I think that most artists who have tried the US market HAVE succeeded – they managed to establish a local fanbase, break onto the charts, sell some records/mp3s, put on some shows, and even, in Rain’s case, managed to garner a place in the local pop culture continuum. As our world becomes more global, maybe it will become possible for Asian stars to dominate the US music scene. But for now, let’s appreciate how far they’ve gone and cheer them on for the future.

In contrast to the US, however, K-pop seems to be taking Japan by storm. They’re riding the Hallyu wave at full speed, with most of the top k-pop groups having released at least one single there. 2NE1 is also planning to release Japanese singles, and have performed with Big Bang a few times there. Big Bang, DBSK, and now Kara have definitely established themselves as a top group in Japan. And I don’t find this surprising. Japanese fans can easily access Korean media – more easily than US fans – and Japan has already proven to be very receptive to Korean pop culture products like movies, dramas and music. Korean groups benefit a LOT from this. Also, the similarities between the two countries’ music industries and audiences (in terms of culture), as well as the physical proximity of the two nations, makes it easy for Korean groups to collaborate with Japanese producers and remaster their sound for a Japanese audience . For instance, BoA and DBSK almost never released the same songs in both Korea and Japan – they both recorded new songs for their new audiences. Also, from listening at the Japanese releases of Big Bang and Kara, and the teaser for SNSD’s Japanese “Genie,” it seems that the Japanese are listening to more processed sounds than Koreans are. (Yes, it’s possible – Japan has been into electronic music since the ’60s and ’70s and is the home of game music.) FT Island, who do pop rock, also adjust their sound, leaning towards more upbeat music in their Japanese releases than in their Korean ones, probably to fit into the huge Japanese rock scene which doesn’t usually produce the rock ballads that FTI are known for. 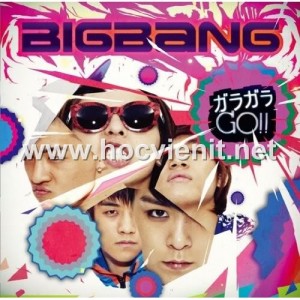 (*It’s interesting to note that this reworking of music has not really been done for any other Asian country, except for China – Super Junior’s sub-group Super Junior-M, as well as F.cuz are the only groups I know of that reworked tracks or made completely new material for their Chinese activities. The rest of Asia seems to receive k-pop well enough that it’s not necessary. I suspect that the political and cultural dominance that Japan and China held in the past still influences the way cultural products are marketed to their audiences.)

One would ask, then, why haven’t Korean music companies haven’t done the same thing in the US? That is, changed the music to suit the audience? Probably because they didn’t know enough about the industry to do so. I mean, Se7en recorded a track with Lil’ Kim, who hasn’t had a successful album in years – not the best move if you’re trying to break into today’s music industry. And the Wonder Girls simply released the same music they did in Korea – while it’s already pretty Western, it wasn’t made for a Western audience, and that makes all the difference. Now that k-pop artists and management have more access to the American music industry, and have actually gone over and worked with producers, they might make music more appealing to US listeners. I think Taeyang’s English track “Connection” off his international album is a great example of this. Taeyang is already heavily influenced by contemporary US hip-hop and R&B, but this track is the first one that I feel would fit right in on US radio stations. It has a distinctly American 2010 sound, slick production, and great vocals that would fit right in on US radio stations.

Another thing is we don’t even know if these forays into the US were made with the intention of big hits. BoA stated in an interview that for her US album she just wanted to make fresh hot dance music (and she did, with good results – see my post about it here). She wasn’t aiming to take America by storm – she wanted to test the waters, have fun, and have the experience of working with top producers, all of which she accomplished. Who knows, maybe later on she’ll go back with more knowledge and experience and blow the United States away. But the point is, she didn’t fail in the US because she wasn’t aiming to become huge in the first place.

With the release of Taeyang’s international album, YG has shown that it’s learning more about other music industries and reworking their formula to fit their intended audience. Hopefully this means good things for 2NE1’s US debut. It will be a challenge, since as of right now there are no girl groups really making music in the US, and the general consensus is that listeners have “moved on” from the multi-membered pop groups that were popular in the ’90s and early ’00s. But I think that if YG really brings it, and I mean REALLY brings it, the US might just warm up a little more to k-pop, and 2NE1’s music will be appealing To Anyone (yes, that was a pun – get over it). And then maybe other music companies will learn how to make music to get America dancing and singing along as well.

REPUBLISHED WITH PERMISSION OF MELLOWYEL