Pictures from the set of "Playful Kiss"

Group Eight has just released some pics from the set of Playful Kiss, the Korean adaptation of the Japanese manga Itazura Na Kiss. The pictures were taken on the first day of filming which was on July 24th in a residential area of Seongbuk, Seoul. They feature the drama’s two leads former (?) leader of SS501 Kim Hyun Joong (who plays the cold and popular genius Baek Seung Jo) and rookie actress Jung So Min (who plays the unintelligent yet lovable Oh Hani).

The pictures are said to be from a scene when the two are squabbling while on their way to school after Hani and her father move in with Seung Jo’s family. Depending on how faithful Playful Kiss’ adaptation is to the manga, the drama should kind of begin like this: Hani falls in love with the most popular boy in school (Seung Jo) from the first day of high school. In her Senior year, she decides to finally declare her love for him and gets rejected badly. More misfortune befalls Hani when an earthquake destroys her home. While her house is being rebuilt, she and her father move in with his best friend’s family who just happens to be Seung Jo’s father and the story unfolds…

While I did enjoy the Taiwanese adaptation “It Started With A Kiss,” I’m hoping that in the Korean version they make the heroine Hani a little less pitiful and give So Min, who looks pretty comfortable in the role, something good to work with. Hyun Joong has got the cold look down pretty good, but why does the boy always look like he hasn’t had enough sleep? I am still hesitantly anticipating the start of this drama which will begin airing September 1st on MBC (being a Hyun Joong fan, even though I do think he ditched SS501, I’m scared for him). Playful Kiss will be up against some major competition because the Hong Sisters‘ new drama My Girlfriend Is A Gumiho starring Lee Seung Gi and Shin Mina debuts three weeks earlier (August 11th) in the same Wednesday/Thursday time slot. 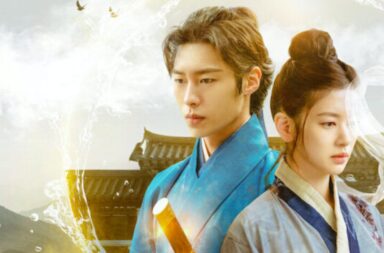 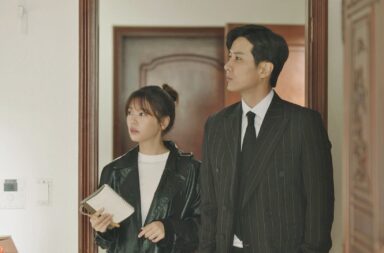