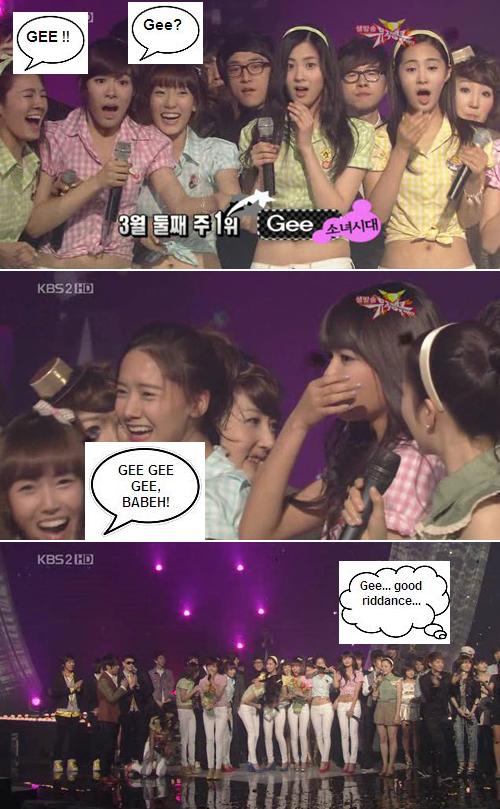 After several chart and stage wins in succession, Girls’ Generation will take their leave at the end of March and fly off to New Caledonia where they can frolic on the beach and get a good suntan.

Hmm, yeah not quite possible eh? But they’re still flying off somewhere. After enough wins at Music Bank to warrant a solo stage for each of the girls, they will make their last appearance on MBC’s “Come To Play”. This will be broadcast on the 23rd and thereafter they will join labelmates SHINee on a trip to Thailand for a music festival. Their popularity in Thailand has also given them the top spot on a popular music chart for four weeks in a row.

Due to this upcoming absence, SNSD will have to forfeit recording for KBS, MBC and SBS’ music programs. And as a way out of this SM probably called for a break. Some of the girls have CF duties to fulfill while the rest will stay out of the K-pop scene indefinitely. It’s unclear how long this break will last. Well-timed, I assume? Oh well, later alligators!