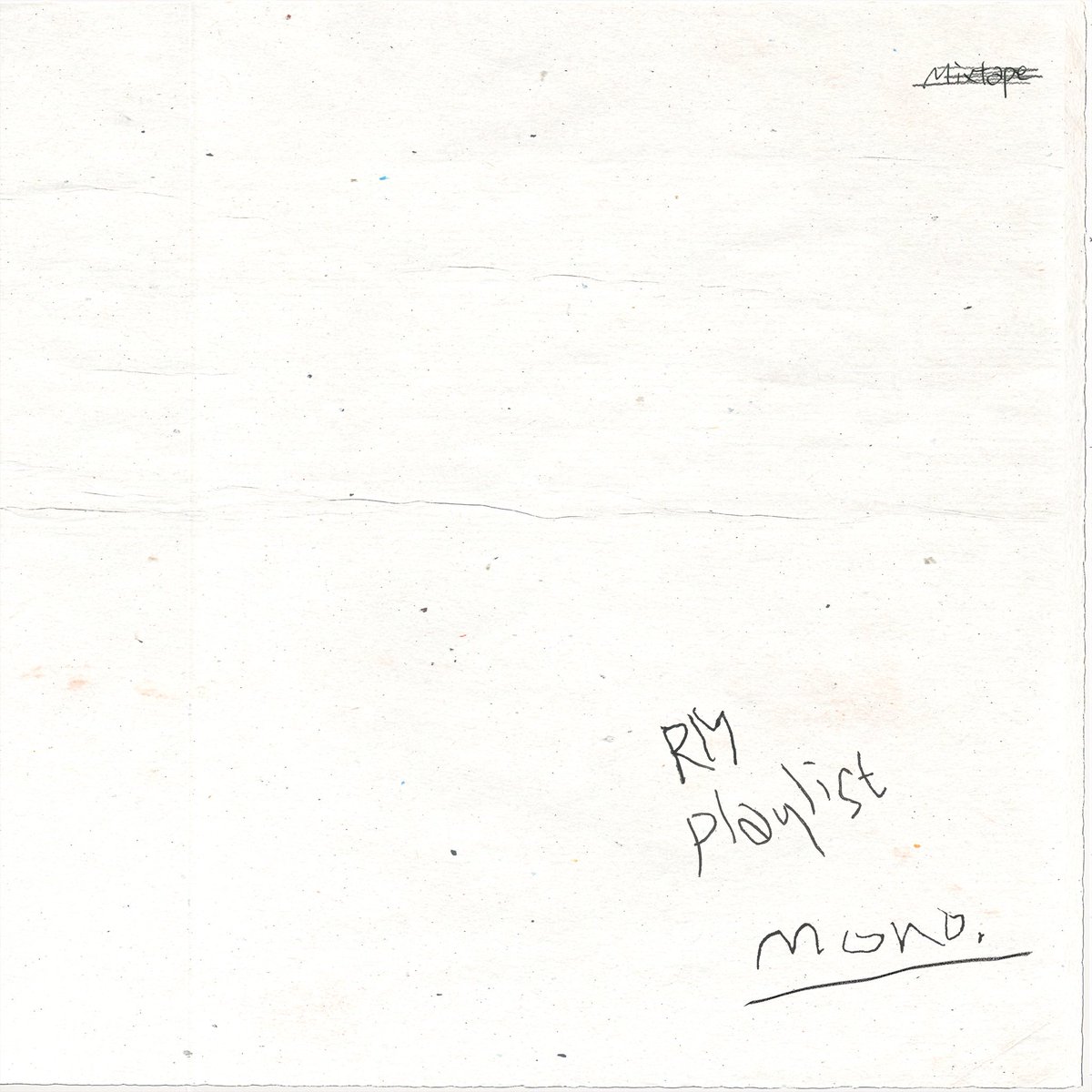 BTS’ leader, RM, barely gave his fans two days of notice before dropping his second mixtape Mono, along with three consecutive music videos. Referring to it more intimately as a playlist, RM was clear in his intention in wanting to share this with as many listeners as possible, offering it for free on multiple platforms.

The mixtape proposes a more realistic, holistic version of BTS’s message, which is not surprising considering the fact that RM is one of the major drivers of BTS’ development to a more mature idea of loving yourself. Like BTS, RM advocates self-love. However, through Mono, he also introduces the less-than-idealistic struggle and difficulties that accompany the process. RM’s playlist conveys the duality of growth; the beauty of growth comes with feelings of sorrow and loneliness. Adulthood inexplicably leaves us vulnerable to sentiments of isolation as we learn to live by ourselves, for ourselves.

This is perhaps best indicated by “moonchild”, one of the tracks that puts RM’s vocals at the forefront the most. It’s a track that reiterates the idea that it’s alright to feel sad. Our unhappiness is valid, but it’s not a reason for any one of us to beat ourselves up over it. It’s not uncommon to find ourselves alone, with no one to comfort us, worsening the feelings of loneliness that we feel. But, at the heart of it all, these are completely human feelings, and it’s important to distinguish these feelings from the definition of our self-worth.

Calling himself and his listeners children of the moon, who shy away from sunlight and brightness, RM pushes for the acceptance of all parts of yourself:

It’s okay to shed the tears,
But don’t you tear yourself.
Moonchild, you shine.
When the moon rise, it’s your time.

These sentiments are conveyed in “uhgood” as well. The title, which is a romanisation of “어긋”, translates to “falling short”. It’s relatively more personal and intimate as compared to the other tracks, and talks about the dichotomy between the ideal version of himself, who he refers to as “you”, and the present him, who he refers to as “me”. 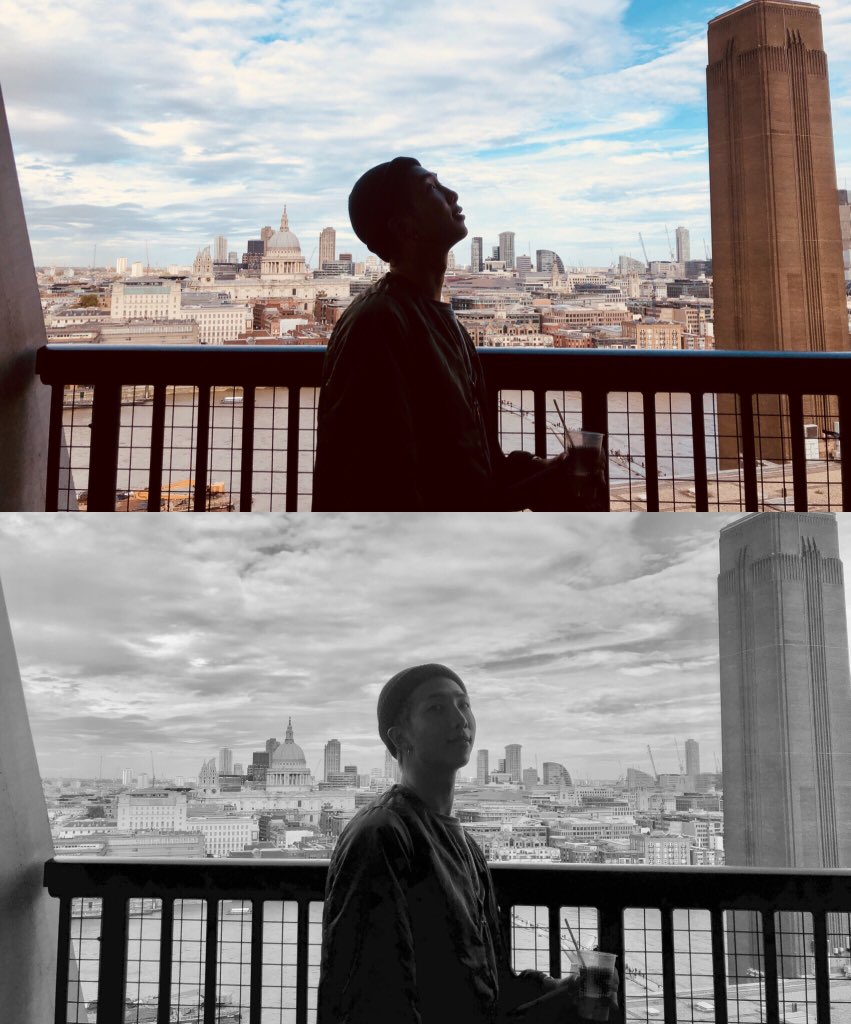 Rather than consoling his listeners, RM comforts them by letting them know they’re not alone. In communicating the struggle of having a dissonance between the person you aim to be and the person you are, he shows he understands how feelings of inadequacy can overwhelm someone.

While the aforementioned tracks are prompted by RM’s personal feelings and thoughts, he presents diversification in Mono by drawing inspiration from various surroundings and events around him.

“tokyo” — a brooding, melancholic track influenced by the sounds of Tokyo streets — shows RM associating the city with a sense of hopelessness and loss. The lone whistle at the end of the song gives the visuals of being alone and lost on the streets of Tokyo. Unsure of the person he is, and the person he is becoming, he sings, “Do I miss myself? Do I miss your face? I don’t know.” Feelings of confusion are further reiterated by “Why do ‘love’ and ‘hate’ sound the same to me?”. Sometimes, it’s not unusual to feel like we have feelings of love and hate towards a specific subject or object. In “tokyo”, it’s RM’s mixed feelings towards homesickness and being away from home that motivated him to write the song.

The feeling of loving and hating something at the same time is repeated in “seoul”, produced by Honne.

In “seoul”, RM sings and raps about the city growing old in front of him. It’s appealing in the way the song balances the admiration for and disdain of the city. Questioning the soul of Seoul (pun completely intended), RM struggles with his immature, idealistic view of Seoul as he grows up to discover its flaws. Yet, he retains his fondness for the city: “I really don’t want to acknowledge it but, even your fumes, and its nastiness, I love it all.”

Personally, the relatability of the lyrics was the reason “seoul” appealed to me. Other than the contradicting feelings he experiences towards his home city, it’s also the juxtaposition between the lyrics and the tempo that makes this track all the more captivating. The beats of “seoul” give off a positive vibe, being more uptempo than the other tracks. The lyrics, on the other hand, convey an array of sentiments from admiration and love to exhaustion and weariness. 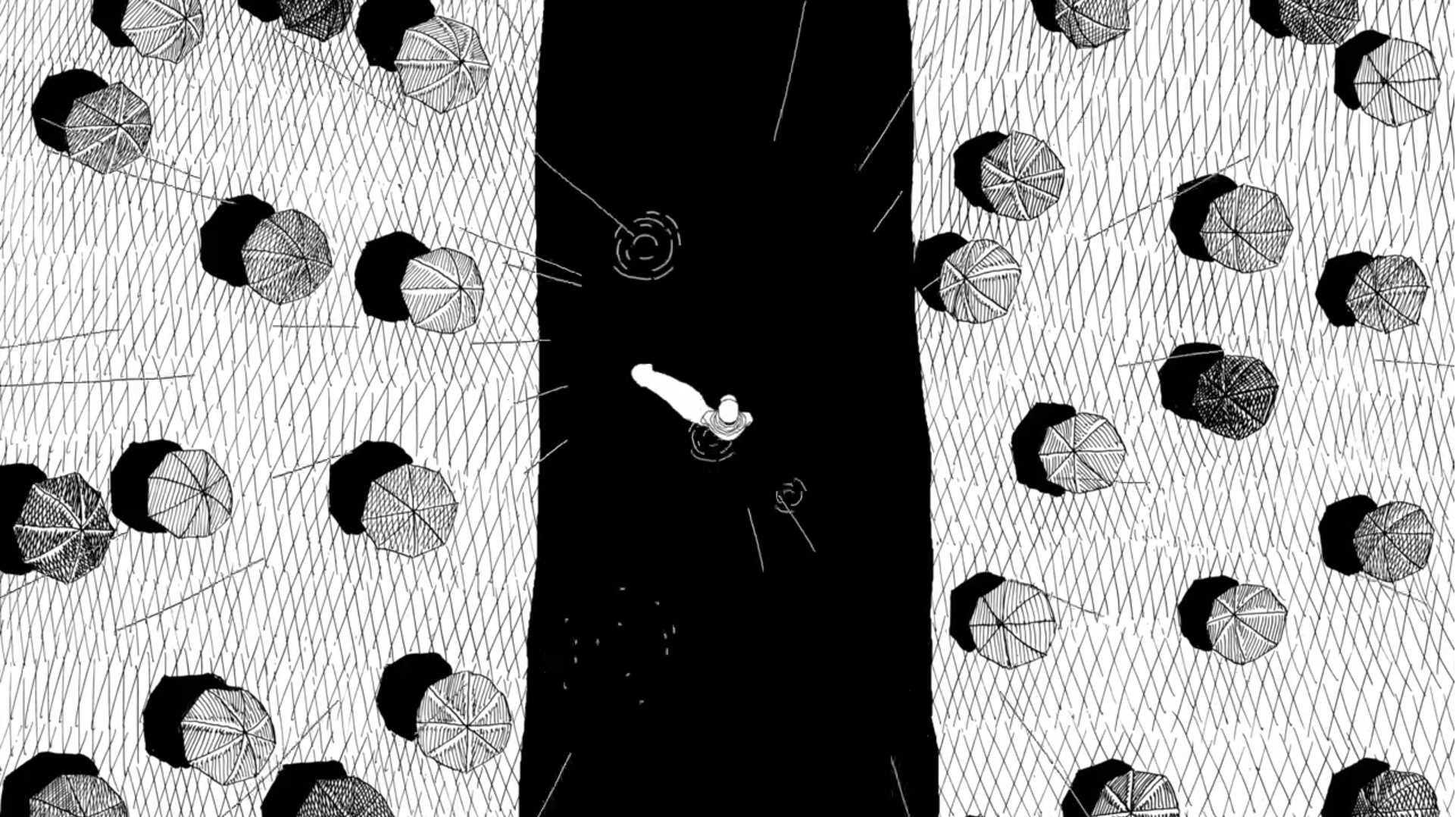 RM doesn’t only personify the city of Seoul; he does the same with rain. Referring to the rain as a friend in “forever rain”, he raps that his friend offers him respite from the crowd, the cameras, the stares and the curiosity. Though he feels alone and lonely, he finds comfort in the rain, which ironically shelters him, and “knocks on [his] windows, asking if [he’s] been doing well”. The imagery and execution of “forever rain” is the perfect description of Mono: a minimalistic vibe, a contrast between simplistic beats and complex words, and slow tempos.

However, the exceptions would be “badbye” and “everythingoes”. In these tracks, RM chose to conversely produce complex beats and simplistic lyrics. Featuring eAeon, “badbye” is lyrically just made up of four phrases. Even so, the haunting qualities and careful composition of the xylophone and piano in the instrumental allure its listeners. Where the prior-mentioned tracks keep you drawn in with their complex and relatable lyrics, “badbye” and “everythingoes” do so with their easy-to-listen quality. 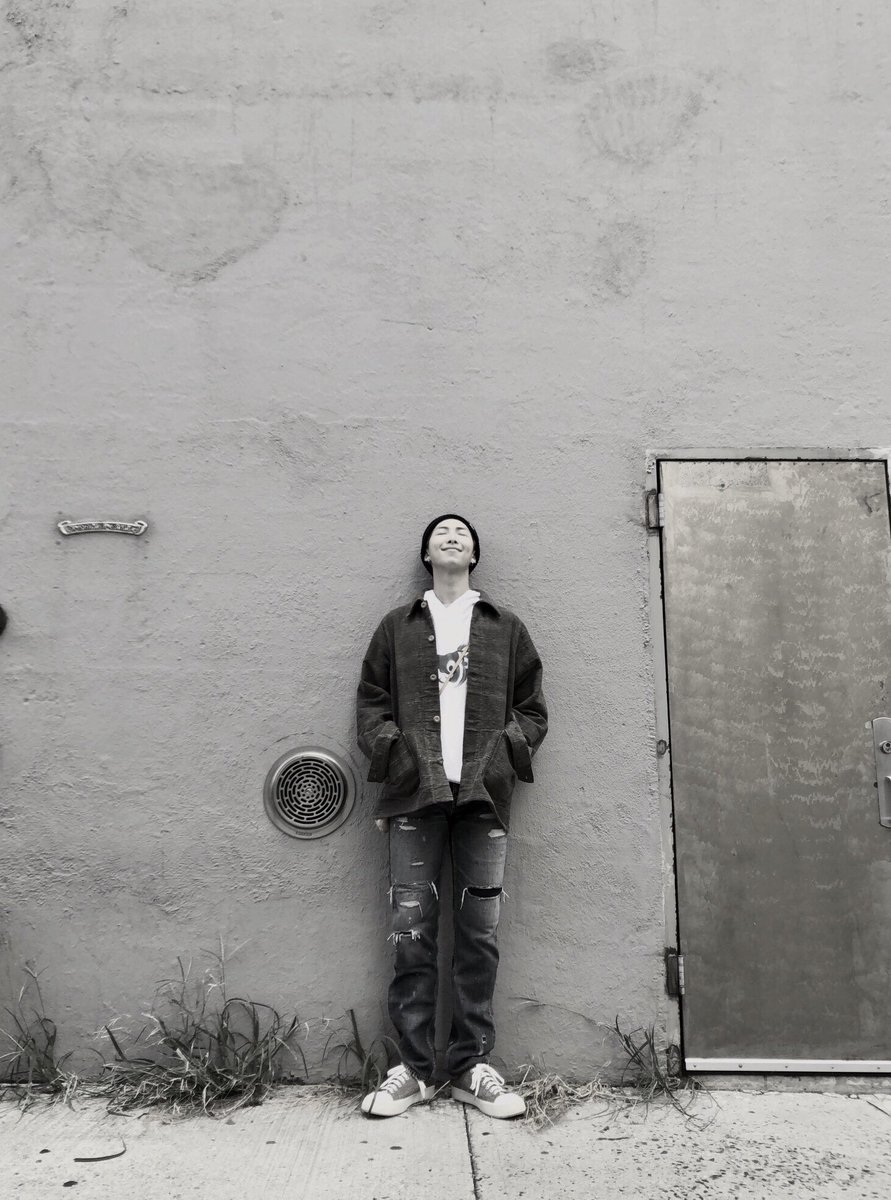 RM makes “everythingoes” musically intricate with the layering of Nell’s vocals, his rap, along with the sophisticated instrumental featuring percussions, drums, the piano, and the synth.

Perhaps the balance that Mono presents is the reason the mixtape has done well, breaking records and entering the Billboard 200 at No. 28 despite being completely free. Mono doesn’t only present a balance between the convoluted and befuddling emotions that humans have, but also brings forward a musical balance between a song’s lyrics and its instrumentals. RM was careful and thoughtful in the theme he wanted to present, and consciously chose to do so throughout each track. Though there is no reason to, Mono also proves RM’s skills as a rapper. The rapper switches fluently and smoothly between Korean and English in most of the tracks, with no jarring or obvious changes in his flow.

Mono, which as a prefix represents “single”, could be interpreted as “alone” or “individual”; it could also stand for the idea of a monochromatic colour scheme. Either way, the concept of Mono was to depict the notion of simplicity. Though his lyrics and compositions are anything but, RM was careful not to overdo either. In tracks with elaborate lyrics, he provides equilibrium by presenting an uncluttered instrumental, and vice versa. 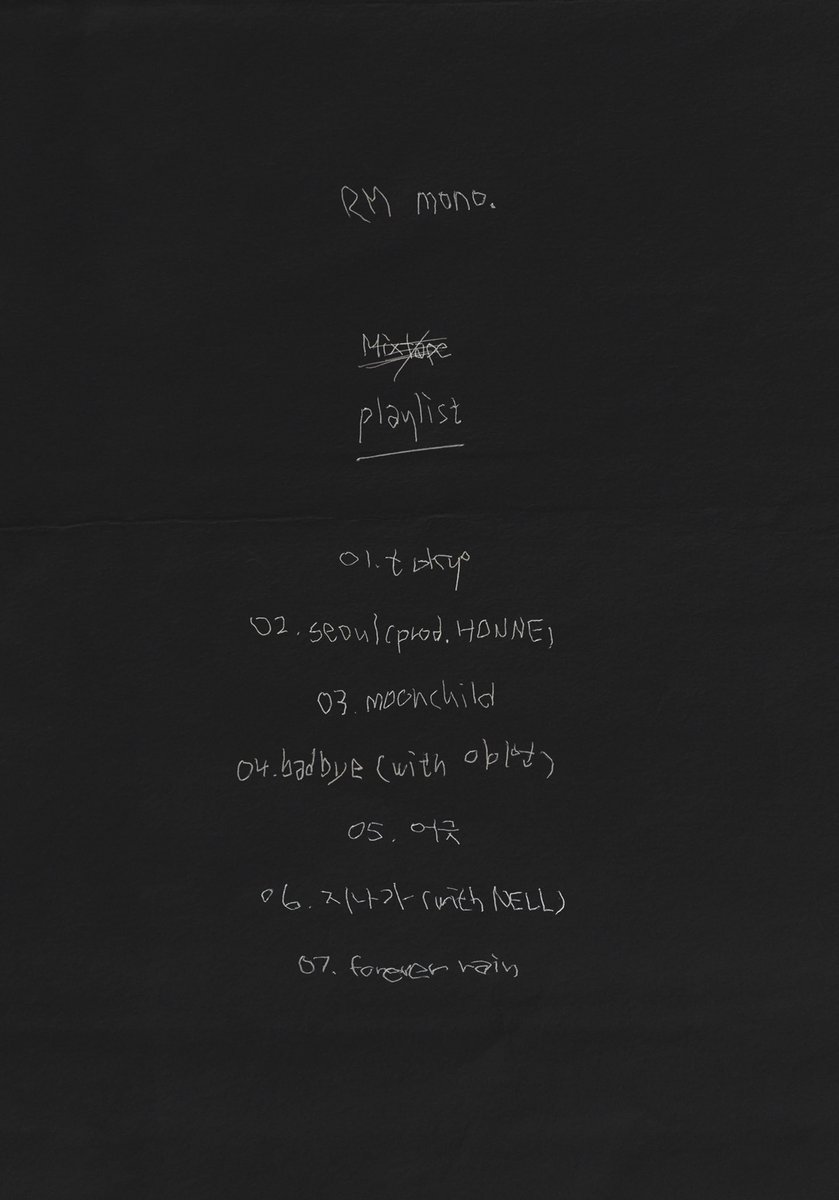 In a time where escapism is sought after, and relaxation is ached for, RM’s minimalistic playlist, with its calming beats and smooth rap, encourages you to slow down. “Slow rap, slow jam, slow rain, everything slow” is a great summary for Mono, and “spatial” is the word I associate with Mono. When the motions of life get overwhelming and overbearing, Mono provides you with an illusion of space, the best form of escapism. It offers you respite despite your busy life, though you might feel that that’s the cause of your tiredness. The playlist encourages you to look within yourself, and find escapism within yourself — after all, what’s any sort of escapism when you feel as though you’re trapped within yourself?