Victon Explore Themselves In "Identity" 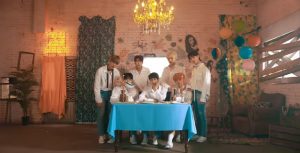 Victon’s third mini album, Identity, was released after a five-month hiatus. The members said their time off was spent discussing and creating new music to show growth in this collection. To that effect, the group has managed to create a body of work that showcases different styles while capitalising on their strong vocal line. Each song touches on a different style of music from tropical house to rock balladry but the group doesn’t display enough individuality to stamp their identity on the genres. Instead, the album sound more like Victon was trying on a succession of musical hats to see which would fit.

The mini album consists of five tracks, two more upbeat songs and three ballads. Victon’s rap line is sparse with only one member who doesn’t pull double duty as a vocalist. This has been a weaker point in previous albums. Rap is still under-utilised in this effort despite the members showing competence in flow and rhythm. Seungwoo and Hanse contrast high and low tones effectively, and Subin chimes in with occasional ad-libs across the board. Overall, the arrangements are constructed to show off Victon’s capable singing abilities.

The title track Unbelievable is one of the two upbeat songs on the album. It’s influenced by tropical synth. Unbelievable is a song told from the point of view of a protagonist expressing excitement that his affections are returned. The MV and song are bright and cute, making an effort to integrate current trends into the group.

The dense instrumentation, peppered with synthy melodic runs, support the enthusiastic vocal performance. Autotune strategically alters some of the ad-libs adding dimension and a sense of playfulness to the track. The song is complemented by the quirky choreography.

Seungwoo participated in the composition of the song as well as writing the lyrics. The song is catchy but it does not have a standout moment and the hook becomes repetitive. It’s fine on its own but much like the rest of Identity, it doesn’t make a lasting impression. 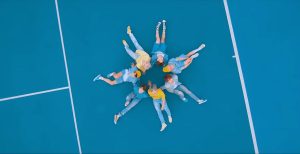 Unbelievable is followed by Stay With Me, a mid-tempo, vocally driven, RnB track. The format is ideal for the six vocalists to harmonise over a saturated guitar lick. The rap interludes are more softly spoken monologuing than hard hitting rhyming, which suits the beat. It’s a slick, sexy tune and the sound plays to group’s strengths. Stay With Me is one of the stronger musical moments of the album. The members are clearly confident in the style and it feels like a more natural fit.

Slow Goodbye is an emotional ballad highlighting individual voices. This format should be a guaranteed win for Victon as the key point is again singing. The execution of the vocals is competent but it never reaches a performance climax. The instrumentation gradually builds from an acoustic guitar to a layered fuzzy, distorted, electric guitar solo. The composition doesn’t allow for a lot of creativity. It’s well-produced but old fashioned and doesn’t add anything to their repertoire.

After two ballads, Flower, a sparkling, romantic ditty changes the pace of the album. The keys are the highlight of the song along with the sweet call and response of the chorus. Hanse is given more to do and uses his verse to slip in some interesting descriptions of his “firm flower”. It’s one of the better numbers in the collection but it still relies too heavily on simplistic harmonies.

The final song is Light which has a synthy hip hop infused beat but again under-utilizes the rap line. Seungwoo and Hanse are given a verse each to show their skills but they feel sidelined by a longer, oft-repeated chorus. Light is a missed opportunity to take a risk and allow the rappers more than 16 bars per song. 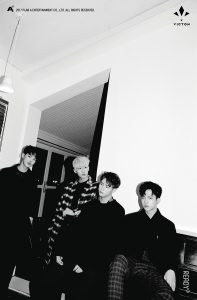 Sejun said he believes part of Victon’s musical identity involves expressing their uniqueness through their songs, and taking on various concepts while not limiting themselves to a specific musical genre. They have managed to try their hand at a few different genres, however, they’ve approached the styles with a caution that limits creativity. The production changes but the composition favours a chorus heavy, vocally driven, harmonically basic structure. If they were to challenge themselves to create more complex harmonies or change up the form of their songs, it would be a more demanding test of their abilities.

The group has managed to show a variety of different sides to themselves but they stick to the choir book too religiously. Each emotion is embodied in a single song without much complication. They switch between cute, sexy, sad, and romantic but each concept reads as a single tone. The effect is one of slick professionalism but it needs something more to hit home.

Seungwoo said in an interview, “I hope that through this album, people will come to know that we do a variety of music.” Identity definitely shows a range of styles but Victon is yet to show something unique.