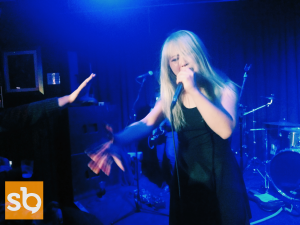 Whomever is booking concerts at West Street Live in Sheffield has been on a roll this past week. After an incredible concert by 57, another Korean band took the stage just four days later. This time, Wasted Johnny’s tore up the dive bar.

Wasted Johnny’s formed in 2012 with three members, but had a few member changes recently. They’re a blues/garage/punk band also known for putting on an energetic live show. In Korea they’ve played at Zandari Festa for the past three years and recently teamed up with Rewind Records for a merchandise collaboration. Before they took the stage, I sat down with Angie (lead singer/guitar), Yoon-gyum (bass), and Seon-hyeok (guitar) for an interview. Young-jin (drums) was unavailable, as he had a last minute errand.

First of all, thank you for meeting with me. There have been member changes recently, so could you introduce yourselves for our readers?

Angie: At first, when we started six years ago, with another bassist. His name was Nils—

Yoon-gyum: Yeah, it started as a trio with Angie, Nils, and YJ. 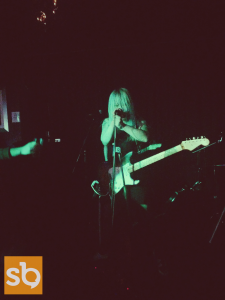 This is your first UK tour and you played Liverpool Sound City last week. How was it to kick off your tour with a festival like that?

Angie: It was really great! Actually, we had one more gig before LSC at the Jacaranda in Liverpool. It was great. Everybody watched The Kooks.

Yoon-gyum: In my case, I felt the English audience was a bit different from Korean. They were very quiet and calm. At first we were all disappointed a little bit because they are all so cool, and we were playing, like, waahh, but they were just listening. But, the reality was they really know how to enjoy the music and after we finished our songs they gave us a really big round of applause. It was really touching for us. Liverpool Sound City was our first main event for this tour, so we were a little nervous but we finished successfully.

Angie: Yeah, but we felt a little sorry because we wanted to sell our merchandise, but we couldn’t because it says “Let’s get fucking wasted” on them.

Seon-hyeok: Yeah, not for sale.

Wasted Johnny’s first started playing in 2012. How do you think your music has changed since then?

Angie: When I started Wasted Johnny’s, I wanted a more old sound, more blues. But now I think, after the change with Yoon-gyum and Seon-hyeok, we wanna try not blues. Like rock, or something. We want to try a new sound.

Are there any elements of other genres you want to incorporate into your music?

Angie: I want…a more…I want to get a fuzz pedal. How can I know now? This is all the future. I want to try garage, maybe.

Seon-hyeok: I want to try a more powerful sound.

Yoon-gyum: With Wasted Johnny’s, the first idea always comes from Angie. She follows her own feelings. And she’s going to find a new fuzz pedal.

Angie: I want to make our songs more…more…how do I say this? We want people to go crazy when they listen to our songs. And I want to write more lyrics in English!

What influences your music the most?

Angie: This has not changed and it will never change. My favorite band is Rammstein. And I really like the classic blues guys. B.B. King, Buddy Guy, you know. And, uh, I like Jamie Cullum and Amy Winehouse. Oh! The Who. And Joy Division.

When you’re preparing for a new album, do you write music all together or is each member in charge of different parts?

Angie: These days, it’s more from jamming together. Actually, also from my diary and like my broken heart and drinking alcohol and then I’ll write something. And then after some time I might make it into a song, usually the chords and lyrics together. And then I’ll bring it to the members and ask them, “How about this? What about this?” And they’ll tell me, “Let’s do this. There should be more of whatever.”

How is the indie and rock scene like in Korea? Has the signing of bands like hyukoh to a major label changed anything?

Angie: I think the Korean music scene is really small and Hongdae is a really special area.

Yoon-gyum: Even though it’s their homeground, Hongdae takes up too much of the Korean rock scene. Everyone wants to be famous and to be famous you have to be in Hongdae. So it’s quite unbalanced.

Angie: Other cities have a lot of clubs, a lot of venues, but so much is in Hongdae. So many of our friends, like DIEALRIGHT, so many bands now are going abroad like Spain, America, the UK, Japan. I think we have to move on to other countries because it’s really, really hard in Korea.

What song of yours would you recommend to new listeners?

Yoon-gyum: Yeah, we released a new EP, Shared Sleep, last year and “Love” is…the fourth track and we tried a lot of different things on that EP. It’s also the first EP Angie wrote the most about her own personal feelings. “Broken String” is a single and “River” is also another single.

Angie: Yeah, that EP is really different for us. We also changed our recording studio and our new engineer is making us sound really good.

You’ve toured the US and now the UK. Where else can we expect to see Wasted Johnny’s?

Would you consider playing a festival like SXSW in the US?

Angie: SXSW is so cool but there are so many stages and concerts so close together. I don’t think we’re ready for that yet.

Seon-hyeok: I want to play Glastonbury.

Angie: Oh yeah, me too! Europe has so many festivals. In Korea, we’ve played festivals, but we can’t tour, but here playing festivals is like touring!

What’s next for Wasted Johnny’s? Can we expect a new album this year?

Yoon-gyum: We’re planning on releasing a new LP! Some time between summer and fall.

Angie: So I have to be in a relationship and break up with them. Just kidding. 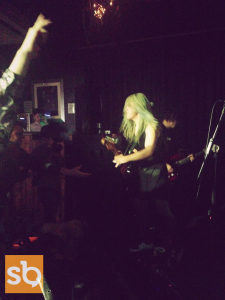 If you could play with any musician alive or dead who would it be?

Angie: There are so many; Rammstein, Jamie Cullum. I really like jazz, and swing, and ska and things, but, actually, a month and a half ago I visited Jeju and I called some friends and had a jam session with some random musicians. I want to play with them again. Oh, and Muse.

Any parting words for our readers?

Seon-hyeok: Nice to meet you! 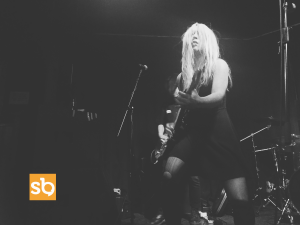 Later that night, Wasted Johnny’s took the stage and absolutely won over the crowd. Angie absolutely owned the stage as she sang and played the guitar. I’ve genuinely never seen a more engaged crowd at this venue and most of the time the audience is friends of the bands. Seon-hyeok, Yoon-gyum, and Young-jin supported and kept the energy going. If the people there weren’t fans of Wasted Johnny’s by the end of the gig, I would be very, very surprised.

Their music always forces the listener to try and resist moving. When you combine that with the band’s overall charisma, it’s no wonder the crowd loved them. As Angie suggested, “Love” was very different from the rest of their set, but it was also one of the songs that stuck out to me the most. Wasted Johnny’s is high energy from beginning to end. I’m excited to see where they go from here, especially as they continue to experiment with their sound.

If you’re in the UK, be sure to catch their final few gigs in London on June 10 at Amersham Arms, June 11 at The Islington, and June 13 at the Windmill Brixton! 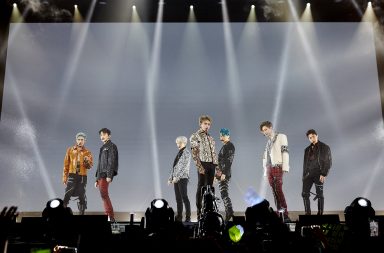