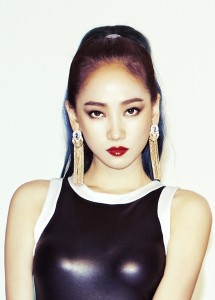 Debuts are momentous events. They are the culmination of years of training for individuals that have striven to stand out from the other trainees to be chosen to debut. Even when one does debut, it’s not a guarantee that your group will stand out. It takes a combination of the group members, concept, agency power, media play, choreography (if applicable), and, of course, the actual debut song.

When it comes down to it, the debut song is the most important aspect of a debut. It shapes the group’s image from the get-go, and to have one that stands out already gives the group a boost. As seen in episodes 3 and 4 of Produce 101, there are plenty of girl groups with noteworthy debut songs. Amongst the songs included were A Pink‘s “I Don’t Know,” f(x)‘s “LaChaTa,” and Wonder Girls “Irony.”

Something all these groups have in common? They are all popular groups, some even having had the ‘National Girl Group’ title attached to their name at one point or the other. Each act also their own niche or own sound – an identity each group has had since their debut, which has only matured and grown each year since.

Some debut songs have stayed within the trusted formula that has made other groups popular — Wonder Girls’ “Irony,” Kara‘s “Break It,” and CSJH The Grace‘s “Boomerang” are all examples of this. Vocally strong, with a sound very reminiscent to the sounds of the early 2000’s, they also had lyrics that were about relationships gone wrong. In what would probably be strong for that time, the lyrics laid out why the relationship was all wrong, and why they had to move on from the male. 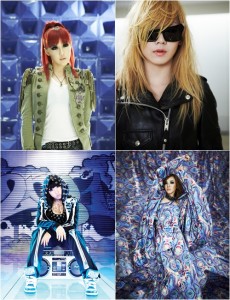 At the same time, there are those who seek to break the mold. The best example of this is 2NE1‘s “Fire.” Released in 2009, it was the much anticipated debut of Big Bang‘s female counterpart.

I’ll bring you down to the end come on and follow follow me
We’re breaking all the rules you set yourself, go on and let it free
Watching me from the side won’t get you in the flow
Cause it’s all about lettin go
Go ahead and get low low low
Let let let let’s go

At that time, it was almost revolutionary – it was so different from the tried and tested formulas that constituted a debut from any female act. It was not traditionally feminine, and the lyrics were not about a love affair gone wrong to illustrate their strength. Instead, it spoke of “breaking all the rules” and being themselves.

Some debut songs seek to introduce not just the group, but also what makes this group different. What makes them stand out? What do they stand for? Often times, they would take a tried and tested formula, and give it their own little spin in the lyrics. 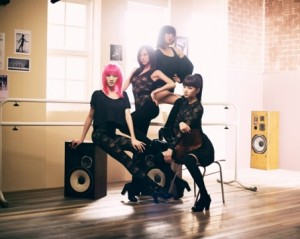 A recent example would be TWICE‘s “Like Ooh-Aah,” which used a common formula in pop music and it’s lyrics (“Let me see, just how you’re gonna treat me/ Ain’t no easy/ Better think about it twice”) to stand out. But a better example would be miss A‘s “Bad Girl Good Girl.”

On the outside, I’m a Bad Girl.
On the inside, I’m a Good Girl.
You don’t even know me well, you only look at me from the outside.
I find your gaze to be funny because you see me as a pitiful girl.

The lyrics of “Bad Girl Good Girl” talk about how people judge others so quickly due to their outside appearance. It reminds people that the idol they are judging based on their concept alone (“These kind of clothes, this kind of hair, a girl who does these kind of dances is obvious”) are actually different off-stage. It was a quick reminder to not judge a group, and while miss A have lyrically gone in a different direction, “Bad Girl Good Girl” was memorable then, and continues to be relevant these days as well.

Then there is what is probably the most iconic girl group debut song there is – SNSD‘s “Into the New World.” How could I talk about female debut songs and not include this song?

Walking the many and unknowable paths,
I follow a dim light.
It’s something we’ll do together to the end,
into the new world.

Don’t wait for a miracle,
there’s a rough road in front of us
with obstacles and future that can’t be known,
yet I won’t change, I can’t give up.

In some ways, it might be taken as a love song due to the proclamations of “I love you, just like this,” but I’ve always viewed this song as SNSD’s birth into the new world that is being an idol and being in front of cameras. The song with its lyrics was, for lack of better word, uplifting. It spoke of following a path no matter how hard it would be. It spoke of hope in this time of uncertainty, and this kind of message really resonates, no matter what the year. In a way, one can also argue that this song is also applicable to when you start being an adult – moving away from your parents and starting the rough road that is adult-hood.

Wonder Girls’ “Irony,” 2NE1’s “Fire,” miss A’s “Bad Girl Good Girl” and SNSD’s “Into the New World” are all iconic debut songs. Many new acts follow the formula set by these songs, or combine what has made the songs so successful to make it their own. In a scene where debuts are no longer momentous occasions, but rather something that happens just about every week or two, it’s become increasingly important to stand out from the very beginning.

What about you? What are some of your favorite debut songs? 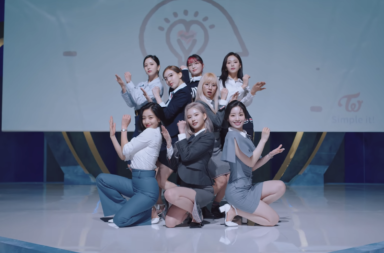