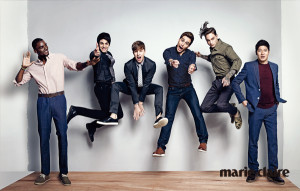 Starting from July 7, the relatively new talk show by JTBC, Abnormal Summit is no doubt one of the hottest TV programs in South Korea for the latter half of 2014. With an unfavorable air time, which is Mondays at 11pm, rating for the premiere episode was only 1.8%. However, this number has quickly escalated, and by episode 10, the program has reached a shocking rating of 6%. It broke its own record by marking a 6.8% peak for the following episode. With such a success for the show itself, Abnormal Summit has also put a spotlight on the guests, the newest foreign celebrities of Korean showbiz.

Granted, this is not the first time Korean broadcast stations hold talk shows featuring foreigners discussing about Korea. KBS‘s Misuda program that ran from 2006 to 2010 also adopted a format where female guests came in and shared their experience and perceptions about the country. The main difference is that Abnormal Summit recruits only foreign men instead of women, and the late-comers very much outshines their female colleagues in terms of popularity. 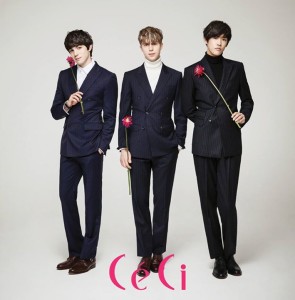 It is not an exaggeration that many guests of JTBC have become a household name in Korea. Many have their own fan clubs, but the most famous ones are perhaps Guillaume Patry, Eynes Kaya, Samuel Okyere, Daniel Snoeks and Julian Quintart. These men are interviewed by Marie Claire, was featured in Ceci Korea, and appeared in a myriad of photoshoots for various other publications. They are invited to numerous other programs such as Happy Together, Magic Eye, and so forth.

And as if  invading that many media channels is still not enough, Okyere, Kaya, and others are doing extremely well commercially regarding how many CFs they have had. K-netizens have complied a list of all the commercials starring these foreign guests of JTBC, and for sure it is still getting longer. If you are in Seoul these days, their faces are everywhere. Just step on a bus and you will immediately see Okyere and Eynes in the ad for Korea’s biggest private English tutoring school, Pagoda. Just go shopping, there are these guys again endorsing the famous shopping mall Doota in Dongdaemun area.

One main factor for the show’s appeal is the fact that most of the foreign guests are very well-informed about Korea. Korean language fluency is the prerequisite for casting panelists, and JTBC has done a superb job in scouting very advanced Korean speakers. Once a person masters a language, one can totally expect that he or she should possess a certain amount of knowledge about that country’s culture as well.

As a result, this linguistic factor alone allows the speakers to discuss heavily about serious social issues, while making hilarious proverbial  jokes with each other. And by doing so, these “foreigners” do not seem so distant and different anymore. They speak the language, they know about what is happening in this country, they can laugh with Korean people, they can also understand Korean people to a certain extent. All of these make it a lot easier for South Korean audiences to accept Abnormal Summit‘s guests to be part of the community. As Yoo Se-yun, a host on the program shared in an interview, “I think the fact that these foreign friends speak Korean so fluently is really funny. They joke around in Korean, just like we do.” 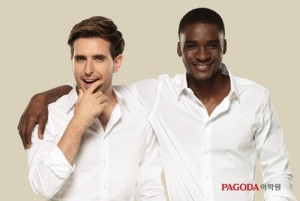 Another reason why the program, even if it is 80 minutes long full of mere talking, captured so many people’s attention is its “daring” approach toward very sensitive topics about modern life. Korea, no matter how “international” it markets itself as, it is still a conservative and patriarchal country in many ways. “Sensitive” and tend-to-be-neglected problems such as pre-marital co-habitation, sex education (yes it still makes people very uncomfortable to talk about in this very country of Korea), working moms, and corporate culture, are yet to be common things in Korea’s mainstream media. The guests tend to not shy away from these topics, obviously. They often share diverse and “international” perspectives quite frankly, which definitely offers the Korean audience something refreshing.

So does it mean Korea is now an open new world for foreigners, or at least within the entertainment industry?

Korea.net assesses the increasing appearance of foreigners in domestic media coverage as “an important signal indicating that people are ready to accept non-Koreans as full-on members of the community, as well as that they are willing to learn about cultural diversity and communicate each other’s different perspectives”. 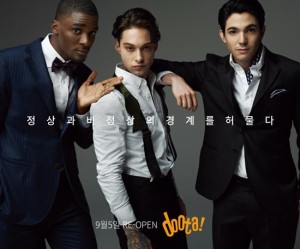 The reason why it seems so easy for Korean audiences to take the cultural differences and criticisms probably has more to do with the exoticism and the Western-centric character  of the program.

Imagine a Korean idol making a statement such as “I went to a club when I was thirteen” like Quintart in the second episode , or “Yonsei students are actually a bit snobbish” like Daniel Lindemann in episode 5. He or she will not survive the fury of Korean netizens until the next day. It is because Korea is still very conservative towards its community’s members, yet at the same time, it is very lenient for what comes off as “Western”. Yeah, these men are Westerners, and so let’s just write off any reckless things that they do.

I am not saying Lindemann and Quintart’s statements are problematic. But they do not fit with the thinking of many conservative Koreans. The reason why these French and German guys are not criticized might be due to the excuse of them coming from supposedly “higher-standing” cultures. After all, Korea’s inferior complex toward “the West” is hardly anything new, it has long been an established theory by scholars.

And Okyere? He’s from Ghana, and come on it is Ghana, super fascinating and super unfamiliar Ghana. Anything he says is already considered exotic enough for most of the audience in South Korea, and therefore no judgement is needed. If Ellen Degeneres asks her Belgian guest, “What is Belgium famous for?” in her show, she will highly likely be criticized as ignorant. However, it seems fine in South Korea, since here the mechanism of exoticism works both ways. Many South Korean audience hardly know anything about a country like Belgium, and many foreigners expect that they would not know anything anyway.

Besides the fact that the non-Asian members completely outnumber their Asian counterparts, if you go through the list of CFs these men have appeared in, you will see that the Chinese representative shows up only once, and the Japanese one does not even have any. Perhaps Korean customers do prefer the gentlemen from the glamorous West or the curious and mystifying African better than the familiar face of the man from Japan, China, or East Asia in general?

Considering the lately controversy on the usage of Japan’s national anthem in the show, a sign condemned as “offensive” and “outrageous” by many Korean netizens, it is questionable how truly culturally accepting and sensitive Korean audiences are at the moment. Maybe the fact that foreigners, even if they have to be either exotic or Western, can succeed in Korean showbiz, and that Korean audiences do listen to their sometimes more liberal ideas, is already a great sign to look forward to.