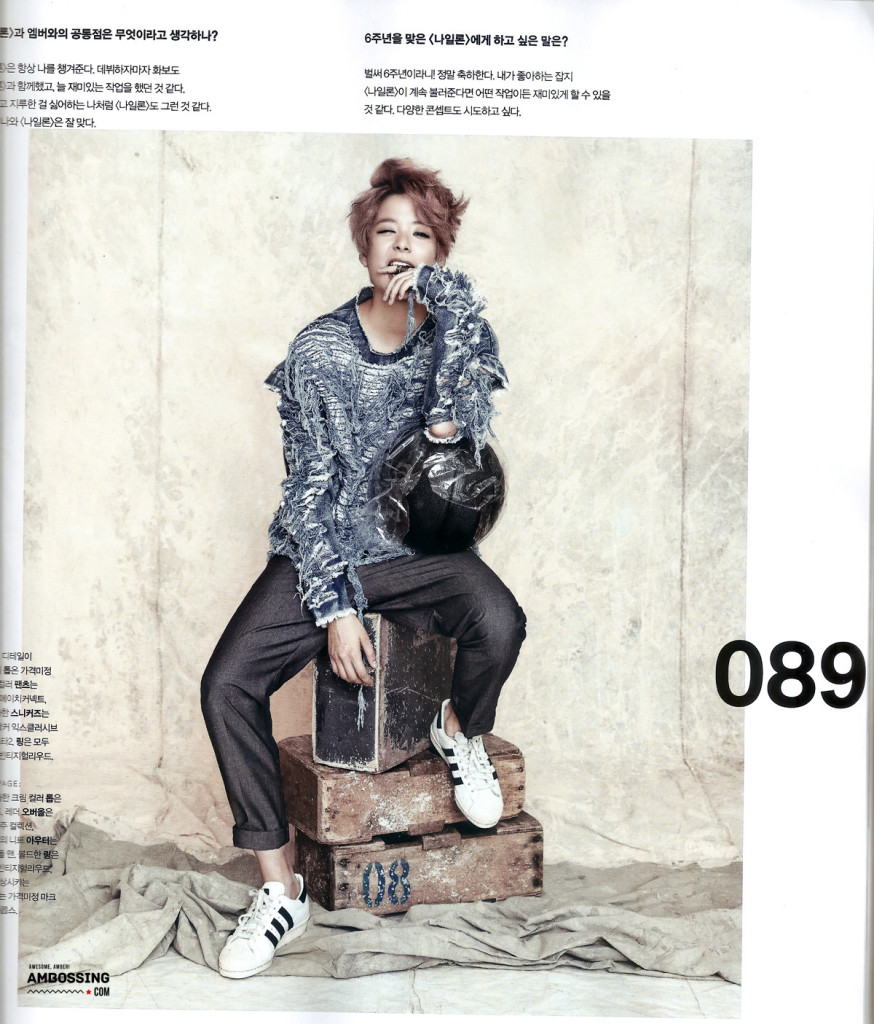 Sulli’s great and all, but how many of us are really expanding our brain cells digesting her dating life? If I heard Choiza’s voice in real life, I’d be damned if I wasn’t melting into a puddle of emotions screaming ‘oppa’ too. Sulli has also been a hot topic because of her recently announced hiatus and her rumored departure from SM’s forgotten child f(x). The latter has been utterly denied in the recent press, though.

But as with any rumors surrounding SM artists, nothing is completely transparent until Dispatch hunts you down and forces you into a confessional chokehold. Forget your oppas and unnies, kids, and forget SM. Only Dispatch will be faithful to you.

To be fair, I guess, f(x) has been all over the radar for quite some time now. It’s been impossible to gauge where they are going and what their plan is, or for that matter, what the hell any of them are doing — solo grind or not. But when I was flipping through a recent photoshoot in Nylon, Amber struck me like a chord on a harp — my closeted die hard f(x) fangirl was rekindled with a passion.

It’s hard not to love Amber. First and foremost, she’s stunning, and it’s not a secret. Even better, she’s always held onto her own idea of beauty; she rocks her androgyny so hard I’ve been sexually confused by her more than once in my life and I’ve been totally okay with it. And so have you.

I also have this secret theory that because Amber’s tomboy identity is usually played up rather than masked, she maintains this happy candor in all her projects. This personality beams out of her face like a sun’s rays and when you see her, you feel her. 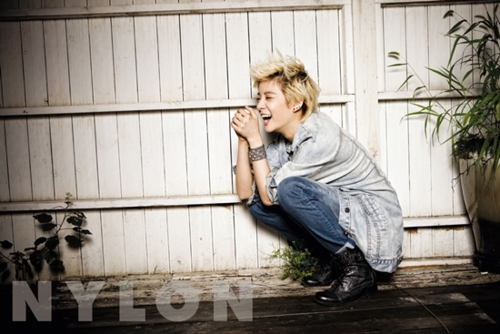 There’s something to be said about idols who feel human in their own skin and image, because it shows in everything they do. Even when she’s not in print but on screen, Amber has this natural candidness about her that makes her endearing to watch. She doesn’t sit stiffly or uncomfortably, she doesn’t pander to the idea of ‘role’ in her group (cute, funny, leader, vocal, visual, foreigner, etc), and she’s never too abashed to let her personality shine.

All too often I feel like female idols are or are asked to be timid, meek, poised, and perfect and it makes for such a gangly bunch of pretty faces who are nothing but a vacuum of real personality.

Amber is also that female idol that isn’t afraid to break the fourth wall. She engages in hilarious conversations on Twitter and posts equally if not more adorable and hilarious things on Instagram. She’s selflessly human with her fans and her friends, and it’s actually encouraging. Behind the candy-coated veneer of K-pop is a slew of unhappy, depressed, and overworked idols. But Amber goes the extra mile in projecting her positivity, and people feel it. 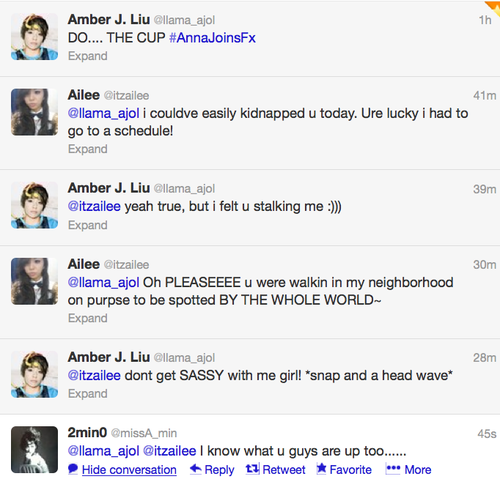 Amber is captivating in so many ways. She fights against the grain of what a female K-pop idol is or does. And yes, this is all fangirl flailing, but I think it’s a lot more thought provoking than picking apart Sulli’s dating life. If we’re going to talk about f(x), let’s do them a favor and continue constructive conversation.