Taeyang Heats Things Up With "1AM"

Something must be brewing in the YG headquarters since Papa YG seems determined to release three music videos for each comeback. 2NE1 had three, Akdong Musician had three, and now it’s Taeyang‘s turn. A week after releasing the stripped-down and raw MV for “Eyes, Nose, Lips,” he released the MV for “1AM” to much anticipation because of its rumoured bed scene with actress Min Hyo-rin. The song itself had actually already been released six months prior, but let’s take a look at what the music video brings to the table.

The MV for “1AM” serves as a prequel for “Eyes, Nose, Lips,” where, aside from topless Taeyang, we see that he burns the portrait of Min. Most of the footage in “1AM” is comprised of Taeyang singing his angst out along desolate streets with neon signs. While the lit signs are bright, they do little to illuminate Taeyang’s world. The words on the signs also display words related to his anguish such as “Love will tear us apart again” and “Lies,” which could also be taken as a Big Bang reference. 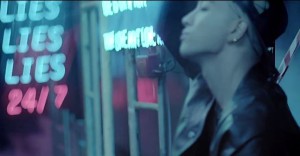 There’s a more obvious at an attempt at a storyline this time. Embodying the lyrics, Taeyang parties his broken heart out in a club while Min broods in an abandoned underpass. Despite being apart, both of them are wearing matching animal prints outerwear, which could be a reflection of their similar emotional state. While neither of them actually has to act much, other than some posing here and there, both leads actually sell their heartbreak and loneliness pretty well. Both play true to what society expects of their genders in nursing a broken heart — men party to forget, and women mope and wallow in self-pity.

We get a glimpse of what caused their break-up as we flashback to a heated argument taking place between the two in the car. We don’t really know what they’re fighting about, but I might hazard a guess that he’s angry that she’s only wearing a bra for their partying activities. Is that clubbing outfit even normal? I mean, who goes clubbing without a super cute top on? 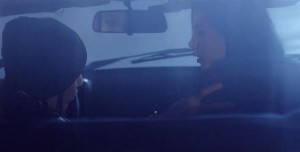 When we jump back to the present, neither of them can get a hold of their own emotions, perhaps thinking back to the quarrel they had. Taeyang storms out of the club, as Min lies on her bed alone, emotions rushing through them. Perhaps it’s already 1 A.M., and they both think back to the hot, sexy times that they had together. It’s not exactly clear if this scene is a flashback or something happening in the present, but I’m more inclined to think it’s a memory because of the lyrics.

For a bed scene that was hyped up incredibly, it greatly fell short of expectations. It was a mere five seconds, and both of them were basically fully clothed. Taeyang, if you can spend an entire MV shirtless, why can’t you do the same for this scene? I’m not advocating for baring of skin or anything, but if you’re going to include such a scene, it does need a touch of realism. Or perhaps YG didn’t want it to be too raunchy in fear of it being banned.

That said, I’m glad the MV as a whole was handled tastefully. It didn’t include sex for the sake of selling it by constantly zooming into suggestive shots of skin. Instead, it opted for the classy approach by utilizing the atmosphere and emotions of sex as a way to evoke and convey the sense of desperation. 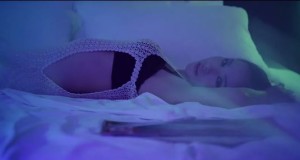 “1AM” has a much more upbeat and pop rhythm than “Eyes, Nose, Lips.” The background vocals and the drums succeed in changing up what might have been a typical R&B ballad. The rising beat to the chorus is simply awesome, and it somewhat reminds me of Team B’s “Climax”. Once again, Taeyang proves his R&B singing chops by emoting perfectly with the desperate lyrics, which I think are well-written and extremely relatable to anyone who has gone through a break-up. The song encapsulates the incredible, yet futile, effort put into trying to drown one’s sorrows to forget about an ex.

In all, the song is a definite A-lister, and it’s even more impressive performed live. The MV, while serving as an insightful backstory to “Eyes, Nose, Lips,” breaks no new boundaries. It has a bare semblance of plot, interspersed with solo singing shots of Taeyang. Also, the many costume changes left me a little lost as to which timeline the characters were in. Oh, and also, say hello once again to Taeyang’s ever-changing hairstyles. 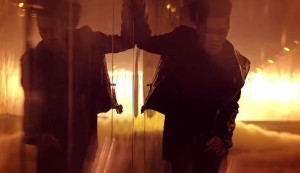 The stylistic threads that tie the two MVs together were much appreciated — the bleak and barren cityscape, the overall dimmed colours, the gritty feel of the MV, and even the bright light at the end of the tunnel could be linked with the fire in “Eyes, Nose, Lips.” I like that YG is allowing their artists to release multiple MVs. Similar to what Akdong Musician did with “200%” and “Give Love,” this gives them the ability to slowly reveal additional parts of the storyline.