Fair Use, Remix Culture, and K-pop 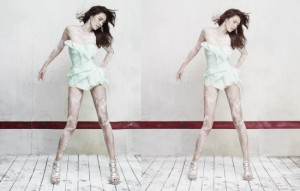 Remix culture has a broad history. It is a tool that has been utilized in the past to mimic lesser known works and adapt them into a popular form. It is also something a regular fan who has drawn has taken part in. In the last decade or so, it has exploded into the public space with the increased access and means of dissemination via the Internet. As a tool that it is something that is negotiated within the K-pop space in a variety of ways – through fan art, remix, covers, etc. More recently, a photoshopped image of Hyuna caught the attention of Cube Entertainment for its impropriety. Also, A Pink was criticized for using the choreography of another artist without giving credit to them. These cases bring up the issues of fair use and boundaries of remixing original content.

First of all, Photoshop has been controversial in its use in excessively curtailing the media images we are exposed to. Idols across the globe have spoken out against this hyper rendering and alteration of the image. While the idea of ‘no-Photoshop’ can shed light on the problematic unrealistic sizes that are placed on media images, idol diets and body proportions still are glamorized in the media space. 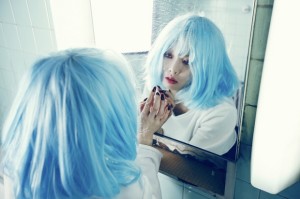 Returning to our prior example of the Hyuna Photoshop controversy, the image in contention transplants Hyuna’s face on that of an exposed body. It’s actually quite a slanderous depiction, but is it within the creator’s boundary of ‘fair use’ to redo this image with Hyuna’s likening?

Fair use (in the U.S.) according to Copyright.gov is dependent on four different factors:

These factors are not always the be all and say all as details in the work can cause the allowance of fair use to vary case by case. Also, the broad umbrella of acceptable use which includes “criticism, comment, news reporting, teaching, scholarship, and research” make this space harder to decide whether a work falls under fair use or not.

The importance of fair use as it applies to fans of any media are its implications on fan art, fanfiction, remixes, and other forms of expression based on an established work of another artist. Lawrence Lessig examines this idea of the remix and fair use in this TED talk. Because sharing is such a prevalent aspect of our lives, he posits the need for openness and protections in media usage, so that people are free to create. He delves into further examination of creative commons and the free license. These freedoms to utilize images for remix or fan art is based on this open principle of fair use and is something that allows people to create without inhibitions of copyright abuse – something that Disney has long battled against. 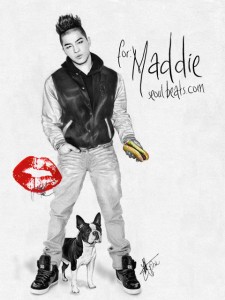 Going back to the Hyuna case: was it in the creator’s fair use to superimpose Hyuna’s image on an exposed body? No. In this particular case, the creation is libelous against the idol and can assuredly be considered something detrimental against Hyuna’s character. As the nature of the altered image changes Hyuna to depict an exposed body, it is definitely a damaging image that probably falls outside of fair use. However, this case can be seen as a demonstration that the principles of fair use are not so rigid but quite superfluous and hard to pin down.

In the case of A Pink, their use of Kyle Hanagami’s “Yonce” choreography ina recent performance is frowned upon for a few reasons. While the music rights are solely relegated to the original artist, the choreography was within Mr. Hanagami’s fair use to create. Well, at least that’s what is asserted by people who create choreo based on copyright music material — the work can be considered fair under the criticism aspect where it can be categorized as parody.

Where things become murky is when A Pink hijacks this remixed property and utilizes it for their own commercial purposes. With no due regard or acknowledgement to the original creator of the work, it becomes a matter of respect towards the person who spent their energy creating the content. This isn’t an isolated incident either with various choreographers calling out SM Entertainment and YG Entertainment for utilizing their choreography in the past. It then becomes a matter of a lack of protections and being subject to having your work be devalued because it suddenly gets claimed by someone else. 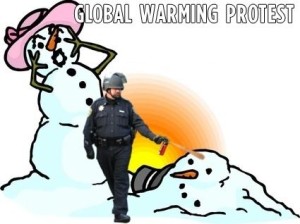 What makes these remixed properties important? The importance of remix culture lies in its social value. Certain fan artists and photoshop connoisseurs have recreated images which add a depth to a social conversation and have created value for different people. While K-pop may tend to favor light pop culture commentary via memes, art, or fiction, there have been a plethora of examples where remixed images re-contextualize events or people to make a political or stronger societal statement.

One popular example is that of the pepper spray cop. After an officer’s casual pepper spray on protestors caught the Internet by storm, new images emerged utilizing this incident and iconic image of the officer to make a new statement or comment on societal, pop culture, etc. This kind of re-contexutalization is important for showcasing the power of an image in different venues. In a different related sphere, artists such as Irawan Phie and other fans have contributed to the global shared nature of K-pop. They make statements through their recreation or the create new context for idols to live in — such as with these photoshop images of 2pm.

Fair use and the remix culture is something that is continually becoming more significant in today’s society as globally the world is becoming more interconnected. As there are now more resources to share their creations to a wider audience, there is a need for understanding what protections these artists have. Even K-pop companies themselves have utilized this culture to engage with fans asking for fan content in the form of song covers or fan character creation. These issues are something that underlie the foundations of all creative content and works; it is sure to be an issue that will come up as the lines between copyright and fan works become increasingly blurred.