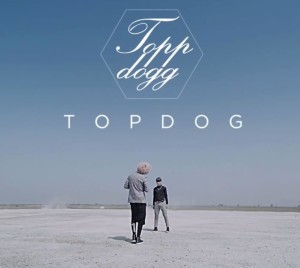 Topp Dogg, the 13 member boy group, has returned with a new mini album and a punch-packing single titled “Top Dog.” Yes, the name leaves something to be desired, but the concept more than makes up for it.

The MV and song are inspired by the story of Wolfgang Amadeus Mozart and fellow composer Salieri. This story is best portrayed by the movie titled Amadeus that was released in 1984. It tells the dark and twisted tale of Mozart’s rise to fame and how Salieri plots against him. If you haven’t ever seen it, I suggest giving it a try if only for the fact that you’ll appreciate this MV more after seeing it.

If you aren’t familiar with the story, it may be difficult to grasp why the Topp Dogg MV is the way it is. From the styling, to the song, to the CGI, it all correlates with the story of Amadeus. The song is the most noticeable homage to Mozart, of course. The teasers made it obvious that “Top Dog” was going to have a classical theme and luckily that carried over to the single itself.

The combination of the modern electronic beats and the classical strings and piano in the background music isn’t one we’ve heard much in K-pop and it works surprisingly well. Instead of feeling disjointed because the song has multiple layers it feels deeper and more complex in a positive way. The intense chorus gives the song an important climax that keeps the tempo from falling off during the slow vocal portions, and the rapping is clean and above average – as we’ve come to expect from Topp Dogg. 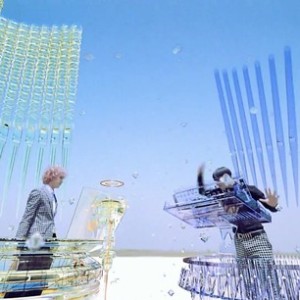 The MV settled in a middle ground for its concept. Although the story of Salieri and Mozart has endless detail they chose to forgo making a long story-based MV and went with the simple theme of warring musicians. The “story” portions of the MV turned out surprisingly well.

Normally when CGI is used in K-pop MVs it’s corny at best, but the futuristic piano-organ creations that B-Joo and Hansol conjured out of the air were innovative designs that were aesthetically interesting. B-Joo played the part of Amadeus Mozart and Hansol played Salieri in the epic conductor battle. And, in the end, just as in the story in the movie Salieri is no match for Mozart musically.

This may the only time I’ll ever say this, but I wish the CGI sections of the MV had lasted longer. B-Joo and Hansol did a very good job with their acting. Their facial expressions and arm movements truly did evoke classical conducting and the lights flickering through their “instruments” in tempo with the song was entrancing to watch. It truly felt like the story of Amadeus simply redone in the future. Unfortunately, the other sections of the MV were significantly less interesting. 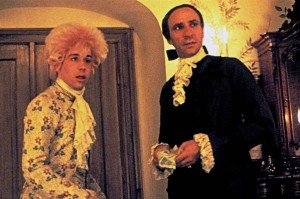 The choreography was packed full of energy; Aggressive arm movements and stomping were the name of the game. However, the MV didn’t show much of the dance other than the chorus so it got a bit repetitive.

Other than that, the solo shots are simply something you can’t get around in K-pop MVs. People want to see their biases, and in a group with 13 – although only 12 this comeback due to Kidoh’s personal activities – it takes a long time to give every person a solo moment. At least the MV was shot outside and not in a box, which always adds a little extra interest factor.

Finally, the styling was hit or miss. B-Joo and Hansol were styled excellently from their hair to their makeup to their clothes. Once again going back to the movie Amadeus, it was clear from the first shot which characters they were portraying. 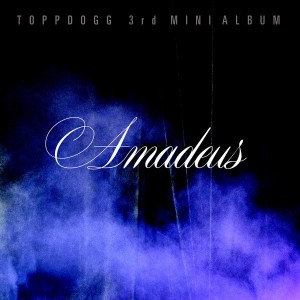 The clothing was similar to the styles from the Mozart time period but with a futuristic flair, which worked with the entire concept. The biggest issue was when the entire group changes into the sweater and sweatpants get-ups, which were simply hideous. Luckily, all 12 members had excellent hair this comeback – no weird cornrows, thank god – so the MV was flawless stylistically from the neck up.

Topp Dogg has proven that they can pull of intense song concepts which is something valued in the K-pop industry these days. They are also slowly making a name for themselves with their songs that combine traditional music with modern beats. “Top Dog,” despite its repetitive name, is quickly rivaling “Arario” for the spot as my favorite Topp Dogg release.