Last week, we saw K-indie soloist Humming Urban Stereo team up with K-pop soloist G.Na to remake “Scully Doesn’t Know” for his 10th anniversary album Reform. It’s an interesting collaboration, but it isn’t the first K-indie artists have collaborated with K-pop idols, and nor will it be the last.

Andy: Thinking about it, the first collaboration that comes to mind is Park Kyung (Block B) and Jo Hyuna‘s duet (Urban Zakapa), “When Where What How.” That track is just smooth and sexy. The two match very well together, surprisingly. I also liked the Vixx and Okdal collaboration, “Girls, Why?” The song was able to strike a good balance between the pop and indie elements.

I would like to see duo J Rabbit work with any K-pop artist, since I know they can work well with rappers. Standing Egg is also a great option. They don’t have a singer, so they could really pick almost anybody. I do think someone like Eddy Kim or Kim Lim would be a great fit.

Pat: I admit, I don’t listen to much K-indie. There have been three tracks that I have listened to that featured a K-Indie artist and they all have this soothing quality that K-pop normally lacks. The first two are Park Kyung’s “When Where What How” which has already been mentioned and Vixx and Okdal’s “Girls Why?” though that may just be my bias rearing it’s Starlight head again. I’m just a fan of how they made Leo do borderline cutesy things during the MV and it’s also opened me up to other Okdal songs.

Another that I collab is G-Dragon and Nell‘s Jongwan‘s “Today” which was actually my favorite track from One of a Kind because I could play it at night or on the taxi ride home and just relax. That and I really love Nell though I don’t know if they qualify as an Indie band.

Willis: One of my favorite K-pop-K-indie collaborations is Epik High‘s “Love Love Love” featuring Yoong-jin of Casker. I think the song struck a nice balance between the rap and singing portions; Yoong-jin’s voice is also dreamy and lush. Miryo‘s “Party Rock” featuring both Gary of LeeSsang and The Koxx is another favorite of mine. It seems like an odd feature, but The Koxx truly help to make the song feel like an anthem. Lastly, when Orange Caramel joined 10cm for Loen‘s re:code series, I really enjoyed the joint version of the “Hug Song” they created. Orange Caramel injected a light flavor to the track, and their interaction in the episode was fun to watch.

I would love to see an indie artist like Jambinai or Idiotape collaborate with a K-pop group — maybe an SM artist. I think each of their styles and production sense are distinctive. The generated outcome would be a unique and fascinating one if each artist had equal input (although I have my reservations since SM would surely overproduce the track).

Idelle: I agree with Pat about “Today”! Although I must admit my complete enjoyment of the song diminished a little when G-Dragon’s voice came in — Jiyong is absolutely adorable at any given time, but Jongwan’s voice is all kinds of wonderful, it inspires notions of psychedelic drifting on clouds.

I’m not entirely sure if Ra.D counts as K-indie, but I’d love to see him do a collab with AkMu! I’ll just sit here and await the explosion of all things lyrically and musically beautiful while I rock back and forth in anticipatory feels. 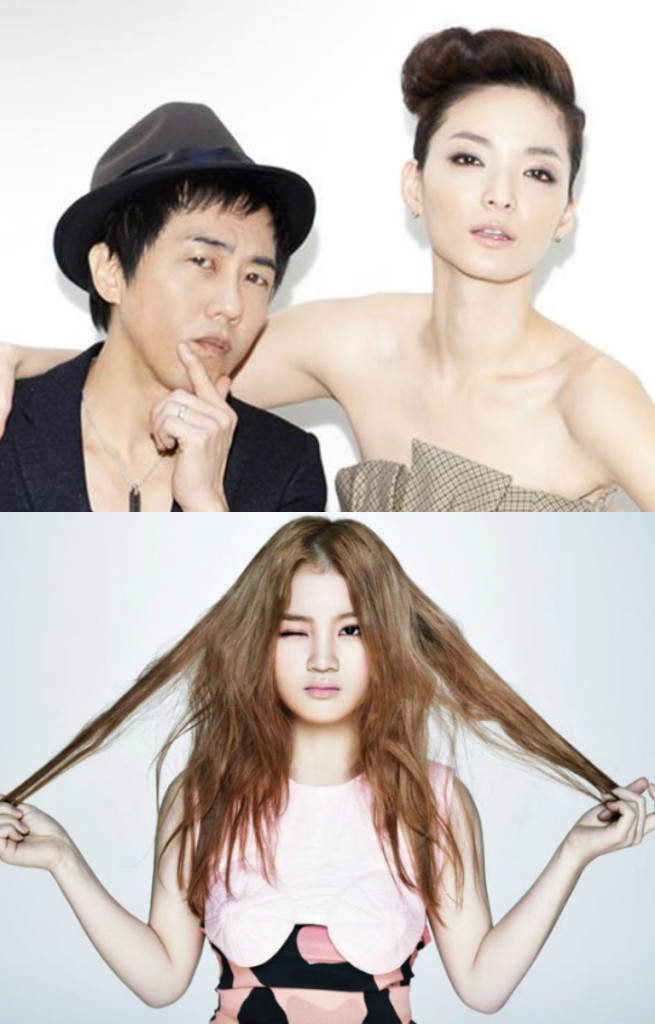 Jo’s appearance in Simon D’s second solo album really caught me off guard. This had something to do with me not knowing if they actually ran in the same circles. That aside, I still really like the song — it’s my go-to beat whenever I need some Supreme Team or The Black Skirts.

As for Leessang’s tune, who can forget its apt use in the early days of Running Man? I say ‘apt’ because the song channels a catchy kind of ‘laidback swag’ — à la “Peaceful Gary.”

Camiele: I would love to see Illap go in with GD. The creativity and magnificent flow of Jjang-you with DJ Dol‘s production, and the aesthetic brilliance and lyricism of GD, that collaboration would be bananas! I also think they’d do well with T.O.P, because his timbre and the way he carries his flow would add so much bass and grit to what Illap already has.

I don’t know how indie Ally is, but her and Urban Zakapa would make my life! Ally’s voice and Urban Zakapa’s vocal dynamic would just create some of the most incredible music. And you know what, if Trax ever did come back, I’d want to see them do something with Yery. That would be outrageous! Yery’s voice is amazing, and if Trax went on the same musical path (namely hard rock), it would be perfection.