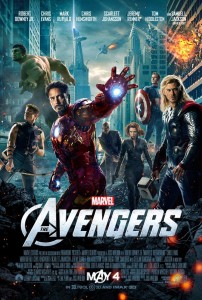 Last week, the sequel to the mega-blockbuster The Avengers began filming in downtown Seoul, leading to much traffic congestion and inconvenience to the city’s residents. However, among the complaints were also comments that the complainers should be more gracious about accommodating the filming of a foreign production in the country—after all, The Avengers: The Age of Ultron is the biggest foreign production to be filmed in South Korea. Beyond simply reflecting a recent trend of Hollywood movies set in Asia, with a number of upcoming blockbusters such as Transformers 4 slated to at least have part of the movie set in Asia, Avengers 2 also represents to the Korean government a chance to rehabilitate and revitalise the country’s image as portrayed in Hollywood.

Just looking at the memorandum of understanding signed between Marvel Studios and five Korean organisations including the Korea Tourism Organisation, as well as the Ministry of Culture, Sports, and Tourism’s incentive to reimburse Marvel 30% of the production costs incurred while filming in Korea, it is evident that the government is serious about continuing to promote and improve Korea’s brand image to the world. Popular sentiment is that Hollywood often portrays South Korea as backwards or as a faux North Korea (Hollywood’s go-to for terrorists nowadays), and in response the ministry is pushing for South Korea to be portrayed as a “high-tech, modern country” with no negative light shed on the country — an actual clause in the contract between Marvel and the Korean government.

The choice on Marvel’s part to film in Seoul can be seen as reflective of Hollywood’s larger shift eastwards in order to appeal to what looks like a highly lucrative overseas market — The Avengers earned $1.5 billion globally, 12% of which came from China, South Korea, and Japan alone. Thus, the third Marvel movie in recent years to be shot in Asia seems likely to guarantee heightened box office returns from these target Asian markets, and increase exposure for Korea in the process. 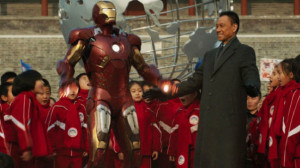 However, is the strength of the Marvel franchise really the godsend it seems to be? For all the optimism about The Avengers filming boosting tourism to Korea, it might be giving the movie too much credit. After all, Marvel had also previously filmed Ironman 3 in China; meanwhile another Marvel creation, Wolverine, appeared in Japan in Fox‘s The Wolverine. The former went the route of filming additional scenes in China for a cut specially for Chinese audiences, while the latter was primarily set in Japan and featured an ensemble cast with Japanese actors and actresses.

It does not seem a stretch to say that neither movie did much to change the status quo with regard to how Korea’s fellow East Asian countries are portrayed in cinema, at least within the mainstream blockbuster genre. Ironman 3’s special Chinese cut meant that only audiences in China got to see the parts of the film set there, and general consensus seems to be that the additional China scenes were unnecessary and on occasion, unintentionally hilarious. Quite significantly, domestic Chinese press were more critical of the portrayal of China in the film, with the Yangtze River Post commenting that “this China-centric portion is just terrible. It’s a pointless commercial with lots of plot holes.” 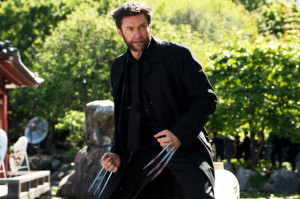 On the other hand, The Wolverine tried its best to portray Japan as a setting in the most authentic way possible, to varying degrees of success. This is in no small part due to the efforts of its Japanese cast consisting of Hiroyuki Sanada, Tao Okamoto, and Rila Fukushima, as well as the fact that the movie does not simply limit itself to the urban setting of Tokyo. Instead, the movie shows many facets of the Land of the Rising Sun, from the glittering modernism of Tokyo to the slower, more sedate seaside village. Of course, while it benefits from having Japan as the primary setting for the film, compared to Ironman 3’s additional four-minute scene in China, it is hard to argue that the movie did anything significantly ambitious with regard to its portrayal of Japan, which is not necessarily a bad thing, given the attention to detail and attempt to showcase the “different tastes of Japanese culture.”

However, Korea might consider taking both previous films as a benchmark for exactly how much the country’s onscreen image in Hollywood will be revitalized. Given the lack of significant detail as of now with how the Korea scenes are going to play out, it is difficult to make a judgement on which end of the spectrum Avengers 2 will land on. I have no doubt that it will be portrayed as a “high-tech, modern country” — but will doing so really differentiate it that much from the countless other similar-but-different city settings of films set in Hong Kong or New York? In that regard, perhaps it would be safer to say that PSY’s “Gangnam Style” will do more to showcase the iconic skyline of Gangnam than a movie ever will.