The 1920's Called and They Don't Want Their Music Back: Jazz in K-pop 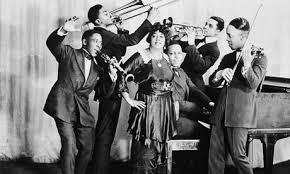 The 1920s created or codified some of the humanity’s best innovations, like penicillin, insulin, the car radio, and chucking corsets out the window. The most influential of them all, though, was jazz music. All modern music has its roots in one of the permeations of jazz that ruled the lower and middle classes from the 1920s through the 1940s. Even as jazz faded and R&B, Motown, rock and roll, metal, disco, funk, glam rock, hip-hop, pop, and electronica came and went, it kept appearing. Artists from all genres have made throwbacks to the mother style of modern music and K-pop is no exception.

For the most part, jazz is an untapped source of inspiration in K-pop. Most artists doing genre throwbacks like to reach to the great artists from said genres’ original heyday. However, Korea doesn’t really have jazz greats to call back to, as said heyday was concurrent with the Japanese occupation. Not helping matters was the fact that Japanese society really took to jazz, both before and after World War II. Thus, Koreans condemned jazz for decades as something belonging to Japan, which no one who had lived under the occupation wanted anything to do with. It was ignored in favor of more authentically Korean music as the country tried to reestablish a national identity. It was usually performed only for American servicemen, and didn’t start appearing as something for Korean audiences until the 1990s, which makes a lot of sense.

This current generation of artists are truly the first who can draw inspiration from jazz. IU, Spica, and TVXQ have all released jazz-influenced songs in the last eight months. They’re the first to have the distance needed to see jazz music on its’ own terms, without the baggage of either living under an occupation or being raised by people who have that baggage. Musicians and singers can now see jazz as a musical genre that no one has really touched, especially in mainstream music. It’s respected and nostalgic, while simultaneously being new and exciting.

Jazz also has the advantage of having lasted 30 years as a mainstream style of music. There are many more varieties of music that fit under the umbrella term ‘Jazz’ than can fit under almost any other musical style. Swing, scat, bebop, Latin, ragtime, smooth jazz, the list goes on. Multiple modern takes on jazz can be released concurrently with no issues because odds are, they’re drawing from different jazz styles. Case in point: Spica and TVXQ.

Both made January comebacks with jazz throwbacks, but no scandal arose because their songs were so different. TVXQ’s “Something” is pure 1930’s big band, more in the style of Cab Calloway than anything else. On the other hand, “You Don’t Love Me” is jazz’s last call, much more reminiscent of the late 40’s and their brass bands, with a bit of swing tossed in. The powerful vocals of Spica also mesh with smoother 40’s jazz over the more scat-laden 20’s and 30’s.

The real champion of jazz’s diversity is IU’s Modern Times. Every song harks back to a jazz style, but no two songs take inspiration from the same style. “Havana” is Latin jazz, “Everyone Has A Secret” is big band, and “The Red Shoes” is a jazz/ragtime fusion that goes back to the very dawn of jazz. Overall, Modern Times is very 1920s, but it manages to touch on each major style of jazz while sounding perfectly cohesive– as it should. Each song is different, but in the end, they’re all jazz. 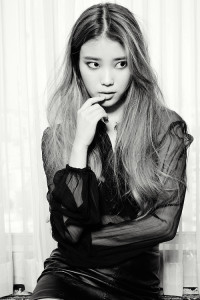 Jazz’s final appeal is that it is almost universally thought of as both classy and sexy. This is particularly hilarious when remembering that jazz rose to prominence in speakeasies– the illegal bars that operated when alcohol was illegal in the United States, aka Prohibition. Despite the seedy origins, jazz became a well-respected style, playable from a pool hall to Carnegie Hall. That respect is invoked when modern artists turn to jazz. IU’s sexier turn with “The Red Shoes” was received much better than many would have guessed would happen with the Nations’ Little Sister. Part of this was no doubt due to her scandal, but the style she chose for her comeback had just as large a role. Jazz has an inherent class, an aura built over the last 90 or so years that prevents it from being seen as ‘slutty’ as modern pop music, even if they’re not that different lyrically. Spica’s “You Don’t Love Me” lives, between the costuming and choreography, were much sexier than anything they’d done previously, but there wasn’t much backlash. They, like IU, immersed themselves in 40’s jazz, and came out on top.

With Super Junior-M‘s “Swing” comeback, it can be assumed that jazz in k-pop is only going to get stronger. Is this a trend you want to see stick around, or do you think it will fade as suddenly as it came?