The Myth of "Oppa Fandom" and Girl Groups 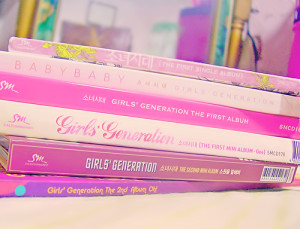 As a newcomer to K-pop over five years ago, my first group was SNSD. I loved the positive relationships between the nine girls on variety shows, how they took care of each other and worked together living on-stage and off-stage. As a female fan, I did not know the reigning logic that effectively put me in the minority of SNSD’s or any girl group’s fans. I later learned that the logic went like this: Females watch male groups, and males watch female groups. Female groups are mainly followed by older men, as well. Yes?

Or no? The longer I thought about this paradigm, the less it made sense. It’s a shallow depiction of K-pop and idol fandom in general to suggest that fans must be attracted to their idols in order to stan them. Fans love idols for a variety of reasons, which may include sexual attraction as a significant factor or may not. As a female fan, I love Infinite for many of the same reasons I love SNSD: their group interactions, personalities, passion, and talent. It’s even less accurate to imply that everyone in a fandom made up of millions of people is heterosexual, as the “males must be attracted to female idols” and vice versa statements suggest.

Here is why many companies might want you to believe that girl groups are only for oppas, though. Who is likely to have more purchasing power? Females under the age of 18, or men above the age of 40? Most minors, in Korea especially, are still in school and barely have time to sleep, let alone have a minimum-wage job or excess income. Men above the age of 40 are comparatively much more likely to have a full-time job and more spending money. If companies can flatter a specific group, like older men, by implying that men are a special or a privileged group of fans (how many times do SNSD say ‘oppa’ in “Oh” again?), this could logically result in a stronger attachment to the group that might convince them to buy more merchandise, concert tickets or CDs, and so much more. This explains why companies might flatter older men, but it does not necessarily mean that they comprise the majority of girl group fans. 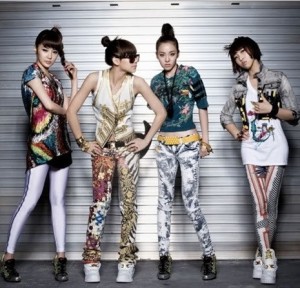 To say all girl groups are being watched mainly by males is harmful to current female fans, who might feel invalidated as a fan or isolated as a fan by comments that declare their favorite group to mainly have an “oppa fandom.” Also, potential female fans might not be inclined to join a fandom that seems to be heavily composed of older men, so to repeat the statement that girl groups are only for males might even dissuade new female fans from listening to both new and established girl groups.

Besides, hard data on fan demographics is lacking overall, since fandom is difficult to quantify. To illustrate, CD sales are not a good measure of fandom, especially international fandom, because you do not have to buy a Crayon Pop CD, for example, in order to be a huge fan of theirs. Since there are no formal statistics, it could well be that there are more female fans for certain groups than male fans: Conversationally, 2NE1 is well-known for having a large number of female fans, particularly due to their fierce and often empowering concepts. At Spica’s recent performances of “You Don’t Love Me,” female fans can be clearly heard supporting them through fanchants and enthusiastic cheering. So it is not only harmful to perpetuate the idea of “oppa fandom,” it is also potentially not true.

A few years ago, YouTube displayed age and gender demographics for individual videos, and the statistics revealed that two of the three largest groups watching SNSD’s “Run Devil Run” and “Gee” were females aged 13-17 and females aged 18-24. While the third group was males aged 45-54, this in no way usurps the place of the females who watched, commented, and liked the video, or those who do not fit into the top three demographics. Though YouTube no longer reveals these statistics to the public, it can still be useful to think about the numbers themselves. Even if females constitute only 1% of the views on Miss A’s “Hush,” this would still mean that over 64,000 views—a significant number on its own—do not belong to men, and I’m betting that way more than 1% of viewership is female. While it may be impossible to formally prove that older men are truly a minority of girl group fans, we can be sure that females should not be invalidated as fans by the way we conceptualize girl group fandoms. Who’s your oppa, now?