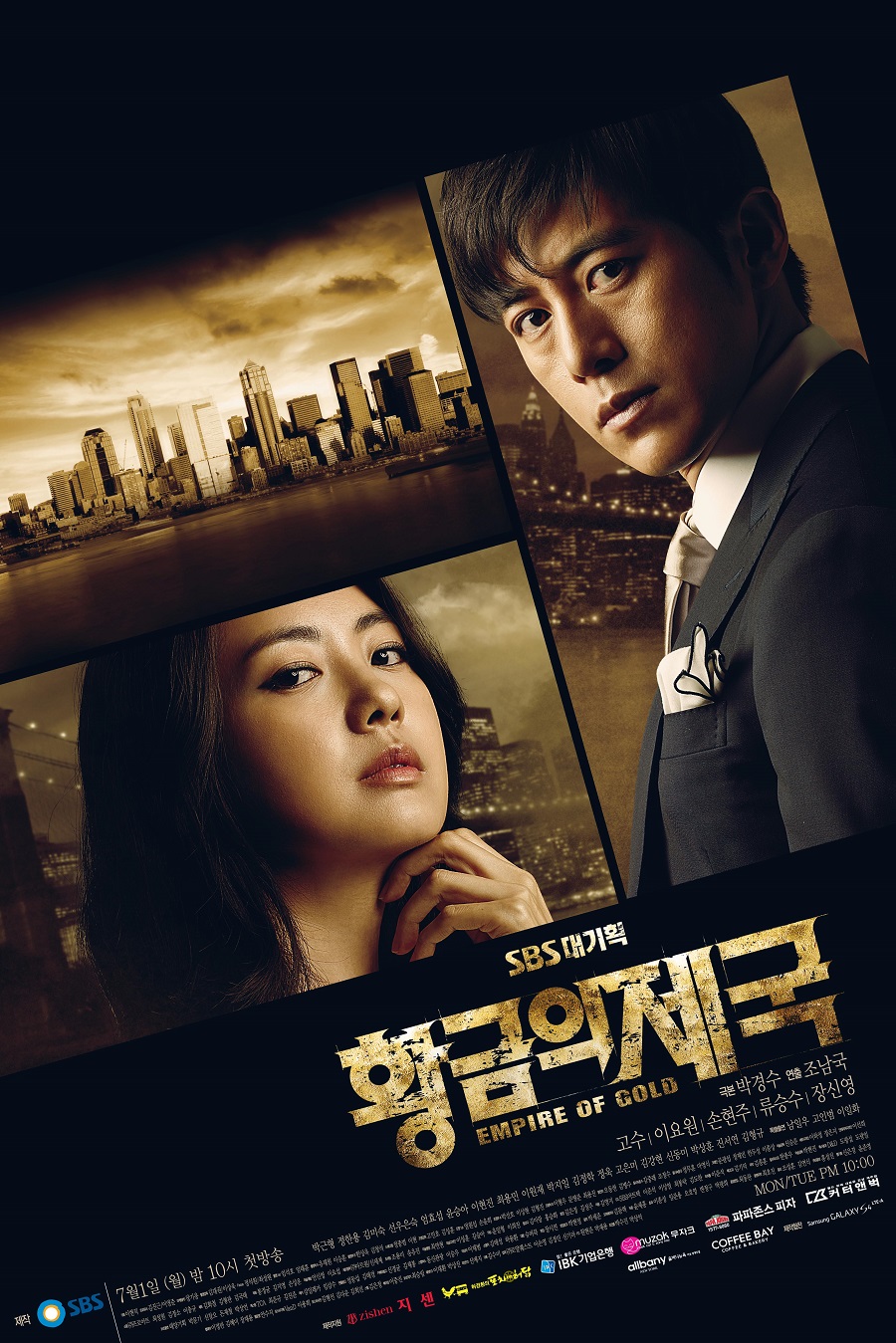 Not surprisingly, the drama Empire of Gold turned out to be a meditation on empires. But it was ambitious and far more global than a simple multifamily drama. From the rise of Korea as an industrial power in the second half of the 20th century to the 1997 Asian Economic Crisis and the 2008 global economic collapse, Empire of Gold purports to be the story of Korea told through the lens of ugly egos and people of means.

The sun never sets on the British Empire, or so they used to say. The Choi family of Sung Jin Group seems to have felt very much the same, and the final story arc of the show makes this message explicit over and over and over again: Sun Jin Group belongs to the Choi family, and will as long as the sun keeps on shining.

It goes without saying that spoilers are below, so if you don’t want to be spoiled, turn back now!

Episode 15 begins with another time jump, this one the biggest thus far. But the size of the time jump also means that the show’s setting has become almost contemporary, hinting to the viewers that the long haul of the final nine episodes will unlikely feature more than one or two more Machiavellian games for the chairmanship of Sung Jin Group. With each character fully introduced to the audience, and no remaining secrets to be revealed based on Episode 1’s sneak peak into the future, the audience is left with nothing to do but await the ultimate and inevitably dark conclusion of the chaebol machinations.

Tae-joo (Ko Soo) has sacrificed his true love and his moral compass, Seol-hee (Jang Shin-young), to stay out of prison and fulfill his dream of endless victory. To reach his goal, he partners with the chosen heir to the dynasty, Seo-yoon (Lee Yeo-won), in the only way that he can trust: by marrying her. Their marriage is all business, with a shared bedroom but separate beds, and even their own couches. It is from these couches that face each other that the uneasy alliance of the poor-boy-turned-rich and increasingly-ruthless-heiress takes place. The pair sit uneasily in their own home, as we learn how, over the last decade, this odd couple has been unable to dislodge cousin Min-jae (Son Hyun-joo) from his entrenched position as caretaker chairman of Sung Jin Group, backed as he is by the family’s step-mother, Han Jung-hee (Kim Mi-sook). This cold war of power, we are told in exposition, has been interspersed by unsuccessful efforts to discredit Min-jae. 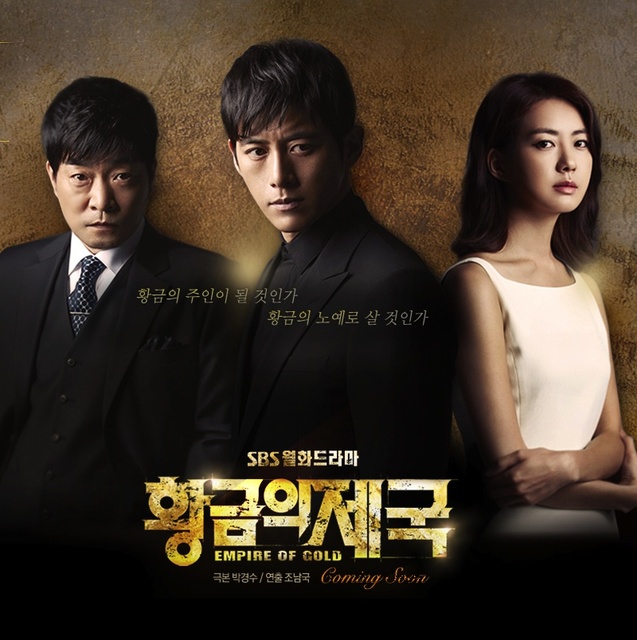 And so it seems that things might go on indefinitely but for changes outside of the control of the contenders for the throne. Han Jung-hee, who patiently plotted and planned for decades to destroy the entire Group and the Choi family, is diagnosed with the onset of dementia. Her very memory of her desire for revenge at risk, she is suddenly spurred into action to bring the game to a conclusion. Simultaneously, Tae-joo learns that his beloved Seol-hee’s release from prison is imminent. Since Tae-joo had promised that, “by the time Seol-hee gets out, i’ll have everything, and I will share everything with Seol-hee,” time is now running short for him to keep his promises.

Tae-joo and Seo-yoon entered their marriage knowing it would end in divorce and one of them being left with nothing but alimony, but Seo-yoon is still shocked when she learns that Tae-joo is making his move before their partnership has succeeded in eliminating Min-jae from contention. The collapse of a large Korean bank that happens to hold a large stake in the Group’s holding company, Sung Jin Concrete, provides Tae-joo with the chance to directly hold the largest share of the Group himself. And he succeeds, against the political and social influence of the aristocratic Choi family. With enough shares to win complete control at a shareholders meeting, it looks like Tae-joo may finally have done the unthinkable: wrest control of Sung Jin Group away from the Choi family. 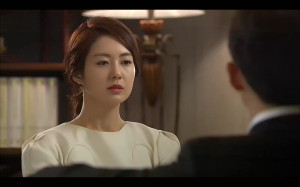 It turns out that blood is thicker than water. Or money, in this case. Tae-joo’s plan to buy off support from the greedy Choi family siblings and siblings-in-law and isolate Seo-yoon fails when they discover that he plans to divorce their sister, and thus end Choi family ownership of the Group. The Choi family all rallies around Seo-yoon. Most crucially, Won-jae, always a failure as the eldest son, abandons Tae-joo’s offer to be co-chairmen. It will not be Won-jae’s final sacrifice on behalf of his family. With the loss of the legitimacy that Won-jae offered, crucial Group presidents and institutional investors refuse to even hold a meeting.

Tae-joo concocts a new plan, one that plays to both his strengths and his weaknesses. He returns to where he started: real estate. We are reminded that the real estate-bubble’s economic book of the 2000s did not benefit all families equally. It is from this economic disparity, the very one that Tae-joo both arose out of and profited from, that his new plan is shaped. He proposes a massive urban renewal of Seoul’s central slums, lifting families out of substandard housing while making a massive profit, one large enough that Tae-joo will be able to buy a majority of Sung Jin Concrete, and thus complete control of the group, outright. Because he is enlisting the demands of those families living in the slums in his project, the Choi family is helpless to block his goals directly through their political connections without massive public backlash.

The Choi family lucks out, however, because in one of Min-jae’s projects during his partnership with Tae-joo’s Eden Corporation, he was paid in a small parcel of land. That land turns out to be at the core of Tae-joo’s planned renewal. Without it, the whole project will collapse, and Min-jae is ready to go to jail to keep Tae-joo from winning, a possibility that Han Jung-hee makes possible when she directs Secretary Kang to assist Tae-joo in his plan, in exchange for the freedom of her son, Sung-jae. The family is ready to support Min-jae going to prison to protect the Group, but not, it turns out, seeing the same sacrifice from their brother Won-jae. The family dynamic has layers of solidarity, and it is this hypocrisy and realization that he is not considered part of the Choi family that causes Min-jae to remember his original desire for vengeance. He sells Tae-joo the land on the condition that Won-jae is sent to jail. Won-jae accepts the punishment for his lifetime of greed and incompetence with grace, convincing his wife to support Seo-yoon and thus maintain the family’s unity. 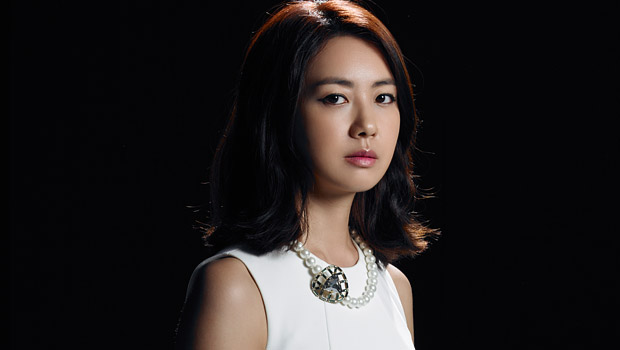 On the other hand, Tae-joo’s greed only continues to grow. With inside knowledge that the real estate bubble is about to burst, Seo-yee creates a “swamp” for Tae-joo, proposing a fake development adjacent to the renewal project. Tae-joo falls for it hook, line, and sinker, putting everything he owns on the line to buy a massive piece of property, including his large stake in Sung Jin Concrete. Without any cash left, and the real estate market crashing, the entire project looks to be in jeopardy if he cannot complete it quickly. This is where Tae-joo loses the last characteristic that differentiated him from Min-jae and Seo-yoon: his promise that he would never hurt anyone like his father. In order to finish construction quickly, Tae-joo breaks down and does exactly what Min-jae did decades earlier and orders Jo Pil-doo to clear the current tenants using paid thugs. Many people are injured and an old man dies from the exact same injuries that Tae-joo’s father had.

It is Seol-hee who does what no one else could do and ends the struggle for the throne once and for all. Seeing that Tae-joo has become everything he always hated, and that there is no other way to persuade him to stop, she turns him in for the murder for which she had taken the fall. She will save him by any means necessary, including sending him to jail. Love, it turns out, is stronger than greed. We never learn whether Tae-joo’s pure ambition and intellect, or Min-jae’s unfiltered lust for vengeance, are enough to defeat all the connections and privilege that Seo-yoon has at her disposal. Seol-hee’s admission preempts Min-jae’s blackmail he intended to hold over Tae-joo, and Seo-yoon is able to send her cousin, now out of cards to play, to prison. 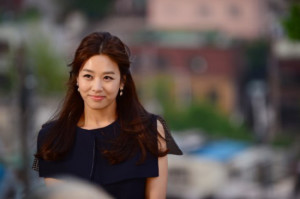 As for Tae-joo, knowing that he has lost completely makes him a good person again, momentarily. He cancels the development project, refusing to become like Min-jae by ordering yet another round of eviction by force. He admits to the prosecutor that he was the murderer. He takes care of his underlings, makes sure his mother and sister are taken care of, and with his last phone call, turns over his shares of Sung Jin Concrete to Seo-yoon on the condition that she makes those that were injured by his development project financially whole again. And then he quite literally walks off a pier, presumably paying penance for his sins with his death. The whole thing seems deeply unfair to Seol-hee, but a functional concept of “fair” was never really part of this drama’s equation.

As for the Golden Empire, it belongs only to Seo-yoon, but it is the only thing she is left with. All her family has gone to jail or abandoned her, and the final scene shows her alone in the Chairman’s office with the portrait of her dead father. Even her most trusted advisor, Secretary Park, agrees to go to jail to protect her, on the condition that she allows his daughter to finally divorce Won-jae and leave the house. So while Seo-yoon is the sole holder of Sung Jin Group, she is without friends, family, or even her initial life desire to teach peacefully in academia. The winner takes all, as Tae-joo predicted, but in the game of dynastic chaebol struggles, it seems that everyone who keeps playing also loses everything. In the end, the poor may dream of beating the rich at their own game, but it seems that in Empire of Gold, only the rich can do that.