"Zhou Mi and Henry Are Not Official Super Junior Members..."

And cue the storm. We’ve all been seeing the signs that Zhou Mi and Henry were getting a little more love from SM Entertainment: the two are more involved in Super Show 5, Henry is SME’s first male solo debut in 13 years, and Zhou Mi has been dropping hints about his own solo project. We’ve discussed their potential integration into the main group in relation to Super Show 5 and Super Junior-M’s Korean promotions. And as ELF is one of the more volatile fandoms — very quick to protect their boys and who they think should be in the group — it was only a matter of time before some fans tried to make some boundaries clear, namely those between who were actually members of Super Junior and who were only the “guest members” involved with Super Junior-M. We’ve heard about the Only12 business before Kyuhyun was officially accepted, and it seems Only13, who came out viciously when mentions of Henry arose in 2007 and again when Super Junior-M was formed, has decided to bare their claws in a petition directly to SM Entertainment, broadcasting under the Twitter handle @united_elf.

Starting from about a week or so ago, the petition was circulating demanding SM Entertainment “to clearly define the boundaries between Super Junior and guest members.” The petition went through the history of group, the most important point being that in 2008, SM Entertainment “made an agreement” with fans that the core of Super Junior would main intact and that only “guest” members would be added to subgroups to generate greater appeal in the target areas. The petition also outlined the cause of discontent: Zhou Mi and Henry were participating in more than just Super Junior-M songs and special stages during Super Show 5, the two joined the press conference for the concert while in Hong Kong, something they hadn’t done before, and Henry was using the fandom color pearl sapphire blue while promoting “Trap.”

As a result of all this discontent, the fans wanted certain things:

Normally requests like these are just people running their mouths about their opinions, something that can be safely ignored because since when do entertainment companies actually find these petitions and deem the support behind it to be something special? But the problem was that the petition gained momentum from those supporting it and those against it. It spawned (at least) two petitions asking for SME to continue supporting Zhou Mi and Henry and numerous discussions over the matter. Those supporting the main petition seem to be primarily from South Korea and China while those against it, as you could expect, were from Southeast Asia, Japan, and Western fans. 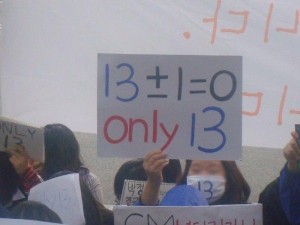 The main fear that provoked a petition in the first place seems to be one rooted in Super Junior ’05‘s initial rotation plan: some fear that the addition of Henry and Zhou Mi would mean the expulsion of other Super Junior members. This seems largely far-fetched considering the fan base that each individual member has managed to accrue for themselves, but fear can drive some to do strange things. What makes this argument even stranger is that some of the people behind this petition are the ones still considering Han Geng and Kibum to be Super Junior members when their contributions to the group have been nothing since the former’s official split and the latter’s unofficial disappearance before resurfacing as an actor.

The major evidence that the issue blew up enough though, came with temporary leader Eunhyuk‘s statement at the end of Super Show 5 in Singapore on July 6th:

There won’t be any change with their positions nor will they promote with Super Junior. They won’t participate in Super Junior’s albums, nor take photos with us for Super Show posters. They will not have official promotions with Super Junior. I hope you all won’t misunderstand. We just… those two… we truly support them; I hope there aren’t any more misunderstandings.

I think this talk started at last Super Show, when they stood with us for Super Junior stages. That did not have a different meaning. Doing Super Shows with them, and watching them wait for hours in the waiting room after performing only 3-4 songs made us sad. And knowing that they want to stand with us on stage instead of feeling lonely, we thought it’d be nice to bring them up for not all Super Junior stages but ones we interact with fans. So we brought them up.

We hope you all will have same feelings as us, and look at them with warm hearts, and cheer for them. They will not become official Super Junior members. I hope you support them as Super Junior-M members. Singapore ELF, sorry to talk about this here. I hope you will all leave safely. Thank you.

This is either Super Junior’s statement to fans or a company statement through Super Junior’s voice to calm down the fans. Either way, the important thing is that the issue became large enough that someone thought it needed to be addressed. Was Singapore the right area to do it? Probably not. It would have been more appropriate to make the statement at any of their stops in China or South Korea. But by doing it in Singapore, it did ensure that some rabid chanting of Only13 wouldn’t ensue after the talk. 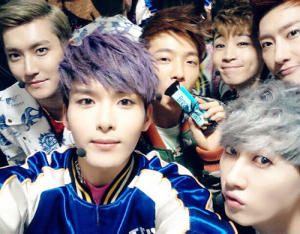 It’s unlikely that it was a Super Junior decision to isolate the two Chinese men: Super Junior members frequently take to quieting the crowd if they are disrespectful to the two; the members chose to integrate Henry and Zhou Mi into more of their routines for Super Show 5; they’ve mentioned that Henry and Zhou Mi are part of the Super Junior family; and heck, Henry is even featured on Donghae and Eunhyuk’s B-side for their single “I Wanna Dance,” which was first released in Japan and will be coming to South Korea in a couple of days.

Regardless of the voice behind the statement, the first thing to notice is that it mainly reiterates the official boundaries already known: the guest members aren’t part of the main core of Super Junior. The blunt nature of that statement, however, implies that the probability of Henry and Zhou Mi actually joining the group in the near future, despite the amount of talent they could bring, is little to none. It’s disappointing that two valued members, for the some the only reason they even pay attention to Super Junior’s activities, are once again relegated to the side to cater to only a portion of the fandom, but the part that has the loudest voices. It’s also upsetting because Super Junior-M has been making moves in Korea, getting to perform “Break Down” on the major music shows, even integrating some Mandarin parts. Henry has been also making his rounds, becoming a part of the Younique Unit, having a stint on the celebrity version of Masterchef Korea, and most recently, talking up a hoot on Happy Together with Kyuhyun. The loud push against Zhou Mi and Henry makes it seem like these opportunities were for naught due to a large wall of people that can’t ignore what they don’t like instead of actively attempting to hinder the two. 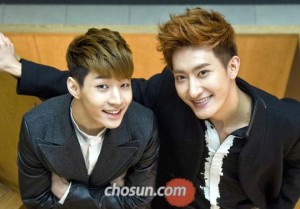 Also to be noted is that Eunhyuk’s statement only addresses the actual integration of Zhou Mi and Henry into Super Junior. None of the other points about fandom color or social media–the more ridiculous demands–or even participation in Super Junior songs are addressed, implying that the statement was nothing more than to drop the hammer on where the group stands but maintain whatever activities Henry and Zhou Mi already have or may have in the future. In other words, yes, they aren’t officially part of ‘Super Junior,’ but they’re going to keep performing with us anyways. But the unfortunate nail in the coffin is that it had to come through the mouth of a member, making the statement, in some ways, seem miles more official than anything SM Entertainment could have come up with.

While there’s a great deal of disappointment as to the potential wasted in catering to a select group of fans, when weighing the options between doing nothing or bringing two members fully into Korean promotions and potentially losing a bunch of fans, some of whom may turn dangerous, it may have seemed safer and easier to keep the situation at where it stands currently so that business continues as usual.

What does this mean for the future for the two Chinese members? In all probability, first and foremost, the largest blow is a mental one. It’s 2013, not 2007 or 2008. For there to still be discontent and active motions taken against the two members that have been instrumental in furthering Super Junior’s popularity and likeability outside of Korea is ridiculous from this international fan’s point of view and must be harmful or even defeating to some degree for Henry and Zhou Mi. And with this damning conviction coming straight from a member, it’s possible for some fans to somehow confuse their support for Henry and Zhou Mi as not being support for Super Junior, and thereby cutting it off. In other words, it could affect sales decisions for those fans that buy because the name Super Junior is thrown around. It could even create more fans of just “Super Junior,” not the “guest” members.

SM Entertainment didn’t physically sign a document about never adding any more members to the group. They didn’t promise to only do as fans say. So for a group of fans to expect a large and successful entertainment company to act according to some pretty unreasonable wishes is rather pretentious but has been horribly successful. Like I said, it’s 2013, not 2007 or 2008. The group’s circumstances are different, and it shouldn’t be so easy to demand things for a group that’s remarkably stable internationally. The best response should have been to just ignore the petition, like SME ignores mostly everything else, rather than blowing up the situation through a concert statement. 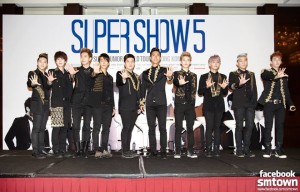 But other than that, as already mentioned, the statement seems to be a placating move, one that says just enough, but doesn’t actually change how the group operates. With members cycling in and out of the military, Super Junior needs Henry and Zhou Mi to stay a large enough size to accomplish what needs to be done for their concerts. They need them also because if they choose to go without them, that would bring another storm of its own. And as Super Junior is the group at SM Entertainment that has been the most risky, done the most outrageous things, is most outside of strict regulation by the company, it just may be that the members’ sway and opinion could help bolster Henry and Zhou Mi’s continued inclusion in activities.