SHINee, the under-appreciated younger sibling of the SM family, has gone under the radar in establishing quite the year for themselves. Like their much beloved older siblings, TVXQ, Super Junior, and Girls Generation, they follow a similar blueprint in spreading their popularity overseas upon cementing a strong domestic foothold, which means promoting ambitiously in Japan and solidifying a place for themselves in the world’s second largest music market. After spending much of their time promoting in Japan during the course of 2011, SHINee fulfilled their domestic duties earlier in the year with the promotional release of “Sherlock.” They almost immediately refocused their attention back on Japan by releasing the Japanese version of “Sherlock,” followed by “Dazzling Girl” in September, and now their third Japanese single of the year and sixth overall, “1000 Years, Always by Your Side.”

This year we’ve already seen Girls Generation’s effort at proving their vocal talent by releasing original ballads in Japan. SHINee follows the trend by doing something that would be a foolhardy attempt in Korea, which is to promote a full-on ballad. Due to the Korean market’s high level of competition, artists tend to stick with their established niche in order to guarantee expected returns in their promoted releases. Although it wouldn’t be a completely bad idea for SHINee to release a ballad in Korea, it wouldn’t be likely that a slow tempo ballad would come close to realizing the level of success that was achieved by a catchy dance song like “Sherlock.”

Having not spent much time in the SHINee World (what does Shawol even mean?), this was my first time hearing a slow tempo, vocally driven, and non-dance track from the group. Needless to say, I was impressed. SHINee demonstrated their tremendous vocal potential upon their earlier releases “Replay” and “Love like Oxygen,” but their songs vocally digressed when they were enwrapped in the auto-tuned dance craze which spawned the likes of “Ring Ding Dong” and “Lucifer.” Luckily, their Korean and Japanese releases this year did a good job in highlighting their vocals along with their choreography and we were reminded of the vocal prowess of Onew, Jonghyun, and Key in “Sherlock” and “Dazzling Girl.” With “1000 Years, Always by Your Side,” SHINee displays their true vocal potential by eliminating the intense choreography that at times distracts from the vocals and providing an emotional storyline which accompanies this sweet and sentimental song.

Despite being a contrived effort at pulling on the viewer’s heart strings, the storyline in the MV puts an emotional spin on death that assimilates with Japanese cultural beliefs. Death is a mystifying topic that is prevalent in Japanese and Korean pop culture. The history and foundation of Asian horror cinema is based off of the concept of unfinished business from the deceased who were somehow wronged in their time of life. From The Grudge to Whispering Corridors, there are multitudes of stories of ambivalent spirits sidestepping the ritual process of passing into the afterlife and electing instead to wander the realm of the living as malicious ghosts that haunt and murder innocent unsuspecting folks draw from traditional Shinto and Buddhist beliefs of death. 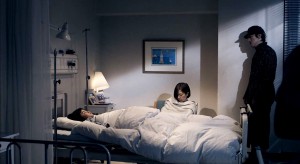 In case there was any confusion (I know I had to watch the MV several times to fully comprehend the plot), the story is about a father whose goal is to help his child overcome his (terminal?) illness through joy and laughter. However, his initial attempts are futile as he becomes more of a bystander and witness to his son’s weakening state. In the end, he opens up a magical suitcase which unleashes an avalanche of balloons, an event which finally succeeds in bringing a smile to his son’s face. As the plot reveals that the father was actually dead the entire time, the resolution showing the father happily boarding the bus which launches into the sky implies that he has completed his obligation to his family and thus he may crossover peacefully into the afterlife.

In Japanese culture, the idea of debt and obligation is very essential to the living as well as the dead. It is believed that every person embodies “On,” or a burden of obligation which must be repaid throughout the course of one’s life. “On” may be in the form of short or long term debts depending on one’s relationship with others, but what it fundamentally implies is that a person’s life must be spent in honor of one’s debts, from debts owed to one’s family members to those owed to the larger community. Upon death, unpaid debts linger forever with the deceased unless the customary rituals are performed so the dead may peacefully crossover to the afterlife. It is through this context of making amends with the dead that makes death such an important event in Japanese culture. It is also the reason why the lurking dead in Japanese horror movies are so distortedly evil. 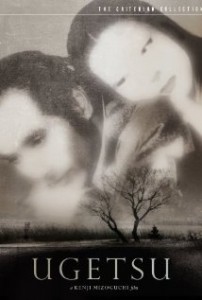 Although a ghost story centered on a theme of love may not be all that original nor groundbreaking, the plot of the MV proves to be quite a fitting complement to “1000 Years, Always by Your Side.” SHINee moves away from singing about teenage bubblegum love to a deeper, to a more compassionate form of love which is more pertinent to the love shared by lifelong lovers or the love between father and son. Situated in the context of “On,” the father’s seemingly hopeless despair and longing to be there for his son is intensified by the fact that his obligation to his son and his family will never be met. His final act of redemption is to give his son one last surprise, a symbol of cheerful hope that represents his love and dedication to his family, in life and in death.

Another prevalent theme in the MV is the idea of time and waiting. Here is where our beloved band members play a role in the story. The members are apparently dressed as Death, but unlike the negative image of the grim reaper that is so widespread in the Western context, Death plays a passive role in this case, acting more as a worried bureaucratic employee who frets at a delay in schedule. This sense of waiting and being on time is evident in the pocket watch that Jonghyun holds and checks throughout the MV. Fortunately for the distressed Taemin, who seems to have undertaken a managerial position for Death, Inc., the father arrives just on time to board his bus and there are no complications. 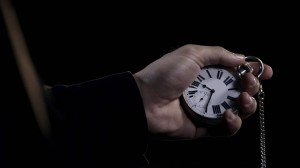 The emphasis on time, especially that of being on time, is in reference to the 49 days that a deceased soul must go through to transition into the afterlife. During this time, the loved ones of the deceased must conduct the proper funeral rites to mourn, make amends, and to send off the deceased spirit. The mourning process that a family must undergo for the recently deceased is also said to improve the deceased spirit’s status for the upcoming judgment. At the end of the 49 days, it is believed that the deceased spirit passes through judgment and enters the afterlife. Since the father died in an unfortunate accident, it seems that there had to be even more of a reconciliation process in order for his spirit to rest peacefully. After completing his final task, it seems that the story’s protagonist made it onto the transportation vessel just in line with the 49 day transition period to be able to travel harmoniously into the afterlife. From the upward trajectory the bus was taking, we can assume that he received a fair judgment.

As manipulative and premeditated as the storyline may be, one can’t help but feel touched at the end by the story’s sense of goodwill. This story works on so many different levels. As a plot in the MV, it goes very well with the flow and meaning of the song. For international audiences, it presents a touching theme of love and compassion that can be universally relatable. Most importantly, it is able to connect with its targeted audience on a deeper social-cultural level. The producers behind “1000 Years, Always by Your Side” did their homework on this project and created a product that goes beyond the meaningless dance music that K-pop groups are known for. Seeking to appeal to a more mature and meaning-seeking Japanese audience, SHINee’s latest release shows a stunningly mature side of the boys, one which is surely welcomed in Japan, Korea, and most other places. 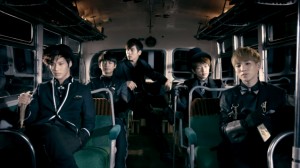 SHINee is quietly having one of their best years in existence. They’ve done so by marketing mostly outside of Korea, solidifying their position in Japan, and rivaling their SM siblings on Japan’s Oricon charts. They’ve done so by exploring a niche that many artists and companies have not attempted in their ventures in the Japanese market. They’ve done so by showing a side of themselves that many were waiting for and many more will come to appreciate for its matured sensibility. Lastly, they are showing a side of K-pop that is different from the generic choreographed fare that has given it such a low-brow reputation in certain parts of the world. At a time when K-pop is receiving much political backlash from neighboring regions to the point where K-pop’s most successful acts in Japan have been uninvited from Japan’s most prestigious year-end music awards program, SHINee is making quite the push to give K-pop a new name and reputation that will hopefully resonate with the cultural similarities Korea shares with its neighboring countries and transcend the scope of regional politics.

On a lighter note, a special completed version of the MV will be shown on a website referred to as “Black Cat Cinema” for a three-day limited time basis. This is quite the interesting and unique marketing tactic. Make sure to catch the special showing between the days of December 7th and 9th and to let us know what you think!