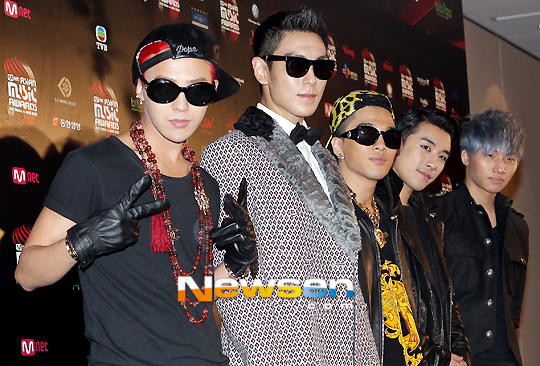 For just a moment or two, I’d like to talk about the 2012 MAMA’s, the very first of many award shows to happen as this year finally comes to a close. It really was an exciting night–from the dazzling red carpet to the explosive music stages and the raging anticipation for the awards being given, it truly was night worth staying up late until the wee hours of the morning and putting off a seven page paper due that same day.

Like many award shows, it’s almost to easy to guess who is going to walk away with the gold, especially if the competition doesn’t stand a chance against names like Super Junior and Big Bang and, as per the recent viral success, Psy. Needless to say, it came at no surprise that the 2012 MAMA’s was basically a YG/SM showcase, with a substantial amount of airtime dedicated to the artists from those labels. Oh, and JYP did manage to get his leg in there for a moment. Even if he was “dead.”

But I must admit, the whole reason I ended up forgoing my English paper and livestreaming until 5AM was because of the undying nerves I had for the announcement of the Best New Male Artist (Group) Award, the award many of were referring to as the Rookie Award. If you’ve been keeping tabs on me, you know I’ve been closely documenting the rookie scene for 2012, so anticipating the announcement of the Rookie Award the entire night, or morning or whatever, nearly drove me insane. 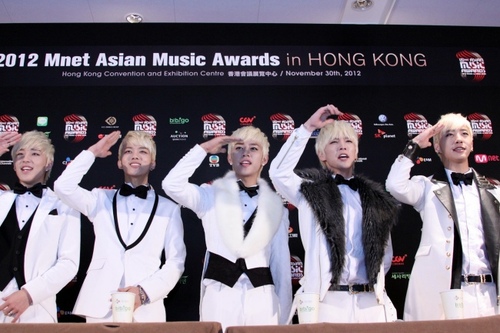 I won’t keep it a secret. I was rooting hard for B.A.P. to nab the rookie award. I voted almost every day in the polls and kept track of the rankings, and even encouraged fans to vote with same annoying persistence I harassed all my friends with to vote in the 2012 Presidential Elections. But, when B.A.P. overtook EXO in the online voting system, it seems as if some EXOTICs began accusing BABYs (seriously guys, these fandom names, I can’t…) of creating bots to rig the poll–in other words, creating automated accounts to cast continuous votes on their own.

Of course, mayhem broke loose, and many emotional fans from either camp waged war the only way they knew how: by leaving their caps lock on and taking to the internet.With EXOTICs rampantly flooding MNet with their hysteria and BABYs biting back with stats on stats on stats, I suddenly found my fangirl heart at a loss.

First of all, when I found out that B.A.P. had landed the #1 rank in the Best New Male Artist category while the polls were still open, I paraded down the hallway rapt in utter joy, thinking, ‘Yes, the voting and harassment to get others vote has paid off!’ But when I soon after found that there were rumors floating about that BABYs somewhere in the world had created bots to cheat and that EXOTICs were calling foul play, I was embarrassed, hung my head in shame, and went back to computer to figure out what the hell was going. 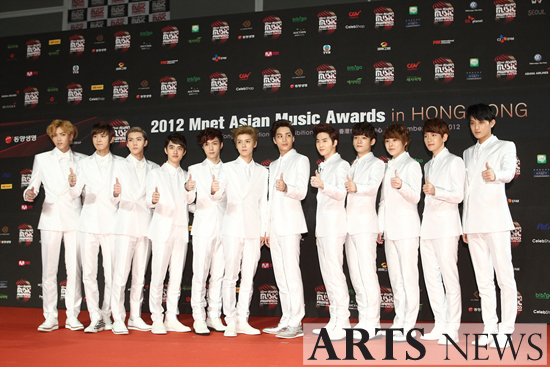 To be honest with you all, I wasn’t sure if I was embarrassed about a handful of rabid fans somewhere in the world decided to ruin the name BABYs by cheating, or about how over emotional fans elsewhere had the nerve to falsely accuse another fandom on behalf of all EXOTICs everywhere and subsequently ruin their face as well? Or maybe it was that I thought my religious and faithful daily voting habits would make a difference?

Regardless, I was torn, given the fact that I’m huge fan of both EXO and B.A.P. Every night after voting for B.A.P. in the rookie category I more likely than not ended up reblogging hundreds of pictures of Chanyeol and Kris and Sehun and what not; my love for the rookies this year knows little bounds. But at the root of the problem playing out before me, this EXOTICs vs. BABYs pandemonium, I couldn’t wrap my head around why we couldn’t wish one group well without wishing ill of another, because that was certainly not what I intended by voting for one group and not the other.

And for the most part, save for a few incensed fans, I think most of us watching this debacle go down were thinking the same thing–online voting only counts for 20% of the evaluation, why are we getting involved in the playground drama BS? More than that though, in the end, the hype got trolled anyways when the Best New Male Artist award went to indie sensation Busker Busker. Somewhere in all the “my boys had X more mini albums than yours” and “we are one” rants all about the internet, we got saturated in our bubble gum pop worlds and forgot what big ass deal Busker Busker was this year.

By the end of the night, B.AP. instead walked away with the PD’s Choice Award and EXO went home with Best New Asia Artist (Korea), which are by the way, two very real and consistent awards. In a single moment it seems as if the whole ordeal blew over, EXOTICs and Babys went back to admittedly being friends and it was as if nothing ever happened. 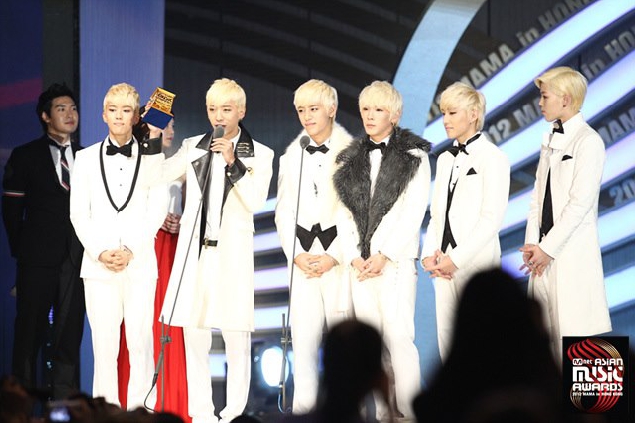 And I’m sitting here like, did none of y’all just see what y’all just did here for past 48 hours?

Fan rage escalates all the time, and sometimes comes to and end for the better and sometimes it doesn’t. Either way, if we are just going to get on with our lives in the end anyways, why bother creating chaos at all in the first place? Also, fact is that when certain members of a fandom get riled up and act on behalf of that fandom, to cheat or lie or wreak havoc in which ever way convenient, they tend to alienate more than just their rivals. I often find that when a few enraged fans begin to come down hard on another fandom, flinging mud and calling names, it makes it hard for another, more temperate member of the former fandom to keep identifying with said fandom out fear of identifying solely with the hatred intended towards the latter fandom.

Of course, me griping about it doesn’t mean much will change. Fandoms are always going to find issues to fight about, for some credible reasons and probably for some not credible reasons too. In any case, letting a fandom be defined by its most emotional members seems to be something we can’t escape, and consequently it makes it all the more difficult for a normal person to be fan at all. So I must ask, what can we normal people do about it?

The 2012 MAMAs were of course just one incident when fandoms bared their fangs, and I’m certain the future will color similar fandom wars for your viewing pleasure as the K-pop machine wears on. But for what is worth, I really don’t know how or why fandoms feel the need to fight at all or what means they hope to accomplish, because lets be honest here: is the ‘who gets what’ game really up to us anyways?