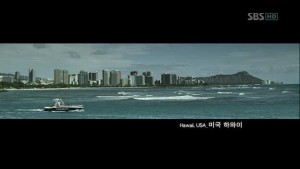 By now, if the drama grapevine would have you believe, IRIS 2 will be happening. And early indications show that the tried and tested formula would be successful. Big budgets, exotic locales, elaborate action set-pieces, star studded casts with a mix of proven names and idol actors, what could possibly go wrong?

Except that, after IRIS (and the spin-off Athena: Goddess of War), the series has always come across as less than the sum of its parts. While the shows’ scale and pace, coupled with reasonable acting have made the shows fun to watch, they seem to lack that last ounce of magic that separates dramas from “good watch” to “great and worthy of a drama collection”.

Here are some reasons why I would be one of the last to get to get enthused over Taewon Entertainment’s latest high-octane spy caper.

1) Surely, we have all seen this before

Really, no matter what they call it, the basic premise will always be the same. There will be a South Korean National Security agency, battling some sinister shadow agency, with some machinations by and links to the North Koreans. There will be two guys who will battle for the affections of a woman, whose affiliations in some ways will be a mystery. In some ways, the two guys will get really bewitched and never seem to doubt the female in anyway, with some of them justifying their (ridiculous) actions in the name of love.

Each episode will always involve a fair amount of running around, a little piece of something that connects to the larger picture, a major source of tension that results in action-packed sequences, which characters have to fight or think their way out of.

As for peripheral action, there will be some moderately fun distractions by the likes of comic sidekicks and handsome computer 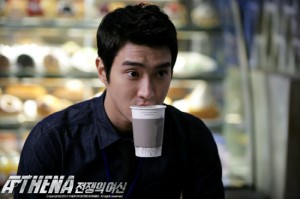 programmers, who in some way look like they stepped out of an idol boy group Music Video set, rather than a bedroom after a night of decoding algorithms.

Even if the story deviates from that formulaic routine, there will be those usual tropes. Faceless good and bad guys getting killed in explosions and gunfights? Check. Scenarios that ramp up the tension to create cliffhangers, which then suddenly get solved minutes into the next episode by anticlimaxes? A given.

And that’s not forgetting the other little elements that scream clichéd, like the beauty shots of the new cars product placed in the drama, or even the obligatory friendships/romances between the colleagues.

Granted, audiences might love the comfort that such familiar settings being, and the fun that results in being nicely with the plot (not too far behind to be confused, not to ahead to be bored stiff).

But such a strong sense of “been there done that” to the proceedings does give a sense that so much more could be done with the script, as well as take away from the actors creative’ abilities. More on the acting part below. 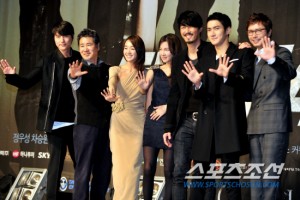 If there is one thing about the IRIS/Athena franchises, it would always be how keen proven/popular actors want a part in the show. Maybe it’s the prospect of having ready audiences, maybe it’s a nice way of meeting up with fellow respected actors/friends, or the idea of a nice trip overseas coupled with nice pay check is just plain irresistible. But whatever it is, stretching acting credibility could never be too high on the list.

There have been bright points in the series, like Kim Seung-woo and Lee Byung-hun, which could explain why the former was back for second helpings. However, a case could be made that the two are incredibly consistent actors who can sort of make the best of any script.

Often than not though, it’s mostly a case of “good acting held back by script-writing.” For one, in “Athena,” I could never get how Jung Woo-sung’s character could be portrayed as a capable spy, yet so completely under the spell of love that he could end up doing utterly irrational things that endangered national security. To add to that, his rather forced chemistry with Soo Ae also did not help with justifying his actions. Eventually it all reached the point where I nicknamed him “the dumb lovesick James Bond”.

Another example would be Jung Jun-ho’s role in “IRIS.” The sworn brother, who turned to the dark side, only to return and fight against the bad guys, then to die for all he did? The character turns were at best half plausible, and I did have more fun seeing him 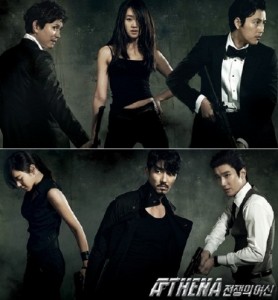 in his other more varied roles, most recently as the beta male in Queen of Reversals.

Better acting seen elsewhere could also be a catchphrase that could be applied to Cha Seung-won and Soo Ae, he displaying far more creative flair in Best Love, and she turning up the dramatic for A Thousand Days’ Promise.

While Lee Da-hae is the only cast of IRIS 2 for whom I have seen some of her works, fingers are crossed that her performance will be more the likes seen in My Girl and Miss Ripley, rather than a by-the-numbers performance in recent years. That is, if the script works out.

Then again, maybe it is the nature of the show that gives us rather standardised levels of acting.

This might be getting subjective here, but for me the IRIS/Athena franchises have always been more of showing how much budget and muscle could be thrown into a production. See the names! Check the locations we are filming at! Look at how we make the lead actor run around exploding objects while kicking butt at the same time! Be amazed how many tension-busting just in time situations can happen in an hour of TV!

To be honest, such dramatics do make a drama fun to watch, but unfortunately once the thrills wear off, there is the realisation that most story happenings is largely in the name of advancing the plot, and that the show focuses more on getting the big showy parts right, at the expense of the small things. Little things like the last bits of character development that make the actors seem that bit more three-dimensional in their role, not so much stock characters in scenarios, or those subtleties in dialogues that betray that little bit more emotion.

And as City Hunter proved, action dramas can have a bit of heart about them, with multi-dimensional characters for whom actions go beyond just accomplishing their missions, and do have effects and consequences, not just on themselves, but also the people around them in the world they live in. Where peripheral characters also matter to the plot, and are not just a group of people taken to a location to die in shootouts.

Okay, maybe I might be pessimistic, and maybe a large portion of K-drama viewers do enjoy the star-studded casts, high production values, and slightly edgy yet ultimately safe story plotting, but for once, maybe the franchise has truly been mined dry, and deserves a little break before the concept falls into infamy.