Over the past few years of being a K-pop fan, I’ve been exposed to various musicians and I’ve come to assume that I know a lot about what’s mainstream in Korean music. However, it never occurred to me that my view of what’s popular could be skewed until one of my Korean friends shared some knowledge and experience on the kind of music that is actually popular in Korea. Our discussions shed light on some interesting regional popularity differences that I had not been aware of, specifically musicians that are more popular internationally than domestically and vice versa. 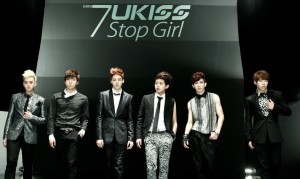 Out of the musicians that are more popular internationally than domestically, the most obvious is probably U-KISS. U-KISS has been making waves internationally – they sold out their Japan tour, they’re the first K-pop band to be invited to perform in South America, and they recently amassed an international fanclub of 300,000 members. They were even chosen as 2012’s #”1 Hallyu group to look out for” in Japan. And yet despite all this, U-KISS is pretty notorious for their inability to win a #1 in Korea during their four years of existence, being far outstripped by other bands their age like SHINee and 2PM. The difference in popularity is pretty astounding and has surprised and baffled a lot of people who are new to U-KISS or the K-pop scene in general. 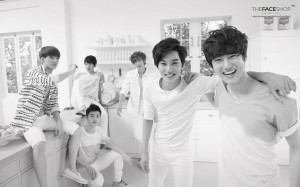 Another musician that is more popular on the international stage than in Korea is EXO-K. I personally thought a large part of the K-pop world had caught EXO fever considering how notorious their fandom has become. However, after discussing with my friend and reading various accounts from other fans, I was surprised to learn that EXO-K hasn’t been making as large of a wave in Korea as I’d expect. Though EXO-K outsold B.A.P. in physical sales by a longshot (which is no surprise since SM fandoms are great at bulk-buying), both Warrior and Power outsold MAMA digitally. And though fancafes aren’t the best way to gauge popularity, it is interesting to note that B.A.P’s is more than twice as large as EXO’s, especially considering that the EXO fandom gets a lot of its members from other really large SM fandoms.

What is even more interesting though are the musicians that are popular in Korea and yet are not as heavily followed in the international fandom. One example of popular Korean musicians that are overlooked in the international fandom are K-indie bands. Even though they are not mainstream pop groups, it is astounding to think that a band like Busker Busker can slay the Korean charts with their debut album (with a single that has 2 million downloads and won #1 against idol groups), and yet the international K-pop fandom hasn’t been buzzing about them the same way they have about other rookie groups – I personally didn’t even know Busker Busker existed until my Korean friend mentioned them over the summer. And when it comes to Rookie of the Year award, a lot of international fans seem to be focused on a clash between EXO and B.A.P without factoring Busker Busker as a huge contender.

Another example is T-ara. Though they are pretty well-known for their hits like “Bo-Peep” and “Lovey Dovey”, outside of Asia T-ara hasn’t gained a following anywhere near the likes of SNSD or 2NE1, and I would hazard that there are a lot of fans who have no idea what T-ara’s fandom is called and/or weren’t familiar with their label prior to their scandal. In fact, during the scandal some international K-pop fans expressed on Twitter their surprise that T-ara was relevant enough to warrant such a huge reaction in the first place.

So why the difference in popularity? In a previous article written on U-KISS, one of our writers suggested that regional popularity differences might stem from the international fans’ tendency to root for the underdog. However, this underdog scenario doesn’t seem to drive the international popularity of bands like EXO, which has the relentless force of SM marketing behind them, while bands like B.A.P are clearly the underdogs label-wise. In that case, the difference in regional popularity seems to be that while EXO might have a lot of hardcore stans and intense marketing, B.A.P. has wider recognition/casual appeal in Korea to go along with its solid fanbase.

Another writer posited that differences in popularity stems from the way we are exposed to Korean music. As international fans we are not as swayed by the marketing set by the Korean media, so our information flow is a bit more diverse when it comes to more unknown groups. I agree with the differences in exposure as being a factor, but not with the diversity of coverage since if Busker Busker taught me anything, it is that international fans are still more likely to be exposed to only a certain type of musician (idol groups) versus other options in Korean music that are still really popular, like K-indie or certain soloists.

And finally, some people hypothesize that there is a cultural difference  involved in the regional popularity of these bands. For example, my Korean friend suggested that Koreans might have more specific attachments to the musicians while international fans are more likely to just go for what looks/sounds cool (which varies per culture). Though I think cultural difference might be a major factor, such differences are hard to gauge especially if you’re not versed in all the various cultures. Currently, the Korean wave just isn’t big enough to analytically gauge accurate date on musician popularity (and its source) outside of Asia. Considering K-pop has only very recently started recognizing its popularity outside of Asia, it is very hard to find any sort of stats on the consumers and their preferences. But perhaps as Hallyu continues to spread to different countries and cultures, it will be easier to gauge exactly what appeals to whom, which will be quite a useful tool for the labels and the artists.

So what do you guys think? What differences in band popularity have you seen, and where do you think these differences stem from (sentiment, marketing, cultural differences, etc.)? (Nate News, Netizenbuzz)