It’s been about nine months since Best.Absolute.Perfect. graced the K-pop scene with their bleach-blonde hair, bass-hitting music, and noona-slaying maknae. Since their debut with “Warrior,” B.A.P. has been on a continuous promotional cycle, which included the likes of “Power,” and “No Mercy,” as well as follow up likes “Secret Love,” “Goodbye,” and “Crash.”

For a K-pop artist, this is quite the hefty discography to accomplish in just nine months. For a rookie group, this feat truly takes on a a kind of unrealness. For a good nine months, B.A.P has been practically impossible to get off the stage. These boys have been bringing their energy and charisma to the forefront each week, every time the spotlights turn on.

Their “Crash” promotions came to a close last month, and it seemed like, for the first time in a long time, B.A.P. is at a standstill. In the short time they’ve been given to “rest,” however, B.A.P. will be preparing for their upcoming release “Don’t Do It” as well as recording for their latest variety series B.A.P Killing Camp. Wait, what part of “rest” did I miss here?

Now I’m not going to sit here and tell you that I don’t love having Bang Yong Guk and the rest of B.A.P. front and center all the time. But even a fan like myself can see over-promotion when it’s as vain as B.A.P.’s, something that Jasper brought up last week in his on-point piece about over-promotion in the face of desperate times.

However, to put a spin on things a little differently than Jasper did, let’s consider only B.A.P. Now for many of the veteran groups Jasper brought in his article, their over-promotion is certainly a tell-tale sign of their fight to stay relevant on the ever-changing K-pop scene. But for a rookie group like B.A.P., desperation isn’t the name of the game. It’s competition. 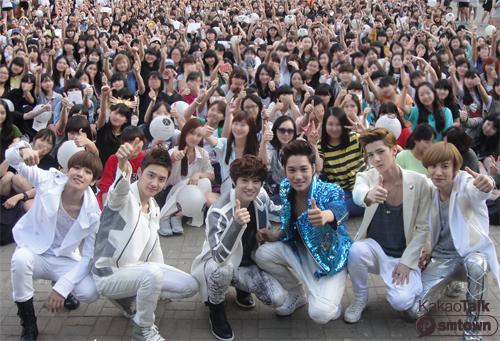 The way I see it, TS knew that this was going to be the year of the boy group, and with rivals like EXO-M and NU’EST (who are, for some reason, also crazy popular…I mean, I’m a fan but…I don’t know, I don’t get it, they made a song with a lyric about clicking a “like it” button…) B.A.P. would be promoting alongside fierce competitors. Obviously, having B.A.P. work tirelessly these past nine months was not just because the boy’s had nothing else going, like avoiding bad press or evading controversy–the 2012  rookie playing field is do or die.

EXO has comeback in pending (oh look, right at the end the year, how timely for the END OF THE YEAR AWARD SHOWS). NU’EST has been quiet for some time, but this could also mean that they too are preparing for an end of the year comeback to leave lasting mark on their fans. Either way,  TS knows now more than ever that this is B.A.P.’s last home stretch to go for the gold. 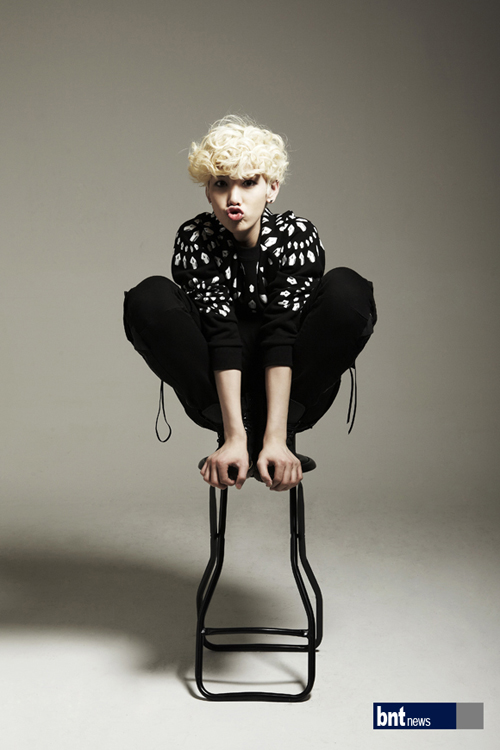 Who will come out on top is really hard to say. But politics aside, the point I’m trying to make here is that B.A.P. has been on the long haul not out of desperation–the BABY fanbase is substantially large and voracious by nature, so there is no way B.A.P. is desperate for attention. Rather, B.A.P. is vying for the continued attention of their fans, and, I’m sure they hope, their fans’ votes. B.A.P. can’t go on like this forever, and they certainly won’t. But their successes this year and their performance at the end of the year award shows will be a huge indicator of how well this non-stop promo cycle has put B.A.P. front and center of the rookie scene, and where TS takes B.A.P. next.

At the same time however, the limelight won’t stay on forever; it will burn out, and so will our boys. The idol life has a funny way of making your passion into a chore and churning up qualms like exhaustion, malnutrition, depression, and ironically enough, isolation. These are the very things that have forced artists we love to step down and out from pursuing music on the mainstream, much to the dismay fans across the world. Now, I’m not insinuating that B.A.P. is showing signs of this kind of breakage (except for maybe in their hair) but at the rate TS has been working B.A.P., this may be very well the road down which the boys are headed.

It’s been a long, long time since I’ve witnessed rookies working this hard–in fact, it may be the first time I’ve seen anything like this since I got into K-pop back in 2008. I’ve really come to love for B.A.P.’s homegrown image and sound and quirky character, and I don’t know if my fangirl heart can take it if B.A.P. falls apart under the weight of their endless schedules. If I were working on PR at TS, I’d encourage the boys to remain active but tone it down. For the love of God, tone it down before you’re down for the count.

Right now, it feels like B.A.P. is just everywhere and in everything. Music, variety, radio, showcases, even freaking KCON.  And while I love their passion and endless energy and charisma, idols and their own passions and patience often get suffocated by the workings of the idol machine as time goes on. The last thing I want is for B.A.P. to crumble before the journey to victory is over. But in order to even out, TS has to put the breaks on. The question is, though, will they, or will B.A.P. go on being Best.Absolute.Everywhere?