Considering that Younha was the original “young, pretty and talented” singer, way before IU and Juniel became the darlings of Korea, it seems pretty unfortunate that she appeared to have fallen by the wayside over the past two years. Sporadic output could have been a factor.

For most new K-pop fans, the only way to know of her is either by chancing upon her in OST work or live stages, or come to think of it, televised performances from days past.

That she was embroiled in a lawsuit with her management firm, Lion Media, probably did not help matters either. Happily, she has managed to put aside most of the troubles, with her latest album, titled Supersonic.

With a mix of uptempos and slower songs, aimed at showcasing her versatility, musically and vocally, does she deliver on the title’s promise? It’s worth finding out through a song-by-song review of the album.

1. Supersonic: The album opens very nicely with this rock number, which has a very nice radio-friendly sound that makes it a pleasant listen. With its inspiring lyrics of getting over past failed relationships and back into love again, this song sets the tone nicely for the album, both as a hint as to upcoming songs as well as the sound to expect.

2. People: Another tune in the same vein as the title track, but less anthemic in feel, with lyrics expressing a typical mundane day (Today is better than yesterday and tomorrow is brighter than today/But it has nothing to do with me because this typical day will flow however it wants). Not as impressive as the opener/title track, but then again, the song still sticks with the musical theme of the album.

3. Rock Like Stars (featuring Tiger JK): Ramping up the loud factor is this track, which draws from glam rock and serving up a charge for the listeners. That the lyrics encourage the listeners move along to the song help in upping in making the song danceable. With the energy in this song, it is one that I hoped to see being performed live on a music programme someday.

4. Run: This song moves Younha back into more comfortable territory, a pop-rock creation driven by her nice airy vocals. With a pleasant synth melody driving the song as a whole, and syncing perfectly into the chorus (take notes, Super Junior), this was a track that was pleasant to listen on loop, and a deserving lead single.

5. No Limit: Pinching a little off the punk-rock sound which Cherry Filter are known for, but with a smoother edge and gentler vocals. While not as attention grabbing as the earlier track, it serves to nicely continue with the up-tempo theme.

6. Shower: Slowing down nicely the album, this song takes Younha into a melodramatic zone, starting with MOR-inspired strings and piano. Despite this, the song does not descend into a snooze fest, instead being perfectly listenable to the end. Still it came across as one of the less impressive songs in the album.

7. Would We Have Changed (Featuring John Park) : And from one of the duller songs, the album segues into one of the highlights. In many ways, the choice of John Park as a guest vocal was a very inspired one, as the two practically complement each other. Also if John Park brought some of his influences to the song’s production, then it probably showed, given how the song seemed to contain a nice personal feel, in terms of the tune. This was probably another track worth looping on end. 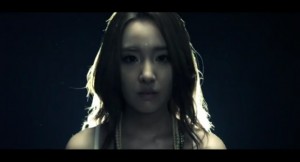 8. Set Me Free: Another gentler piano and drum driven piece that builds up slowly to a slightly rousing chorus. Despite the song being hard to fault in terms of composition and vocally, as well as how well it fitted the album, it did not really seem to stand out. Maybe because of the uniform quality of the album so far, but partly because of how the production was slightly dulled out.

9. Pasta Cream Sauce: An up-tempo song that shows Younha in territory she is most comfortable with, with its rather orthodox use of guitars and drums to create the sound, as well as her voice giving the song the usual rock-lite treatment. While the song does not break from the unified sound of the album, it serves as a nicer break from the mellower compositions earlier on.

10. Waiting: Largely guitar and piano based, with a string arrangement and some electric guitar for the chorus, this mid-tempo song is continues on the rock-lite theme of the album. However, it proves to be more stimulating than some of the earlier tracks, partly due to the soaring chorus.

11. Driving (Featuring Jay Park): With a heavy R&B beat, this song serves as a 180-degree turnaround from the previous tracks, and is probably the closest to pop this album comes to, apart from the first few tracks. While the track could have been placed earlier on, its position in the later part of the album is probably more justified, given how it came across as being quite repetitive in the later parts. Besides, nothing like an uptempo to break nicely the album flow.

12. Hope: The last song off the album, and probably very apt sound-wise. With just an acoustic guitar, her voice and some reverb, it is a very nice and low key way to end the album. Despite this, the song never comes across as dull or downbeat, partly because of how it still sounds rather upbeat, and also due to the lyrics, which touched on the joys of discovering a trusted love.

To sum up, this album was definitely a cut above most of the K-pop albums released this year, as well as proof that good things indeed to come to those who wait (especially her long suffering fans). It was really nice to find that over this time, what came out was a really cohesive album which was low on filler and where every song fitted into the album’s concept and the overall sound.

For those new to her, or have not bothered with her material previously, it is worth taking the chance with this album, partly as the 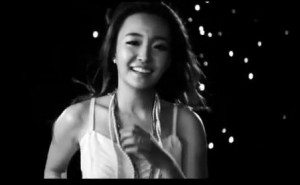 standard by which full length albums should achieve in terms of cohesion, as well as to discover Younha’s talent and versatility, judging from the ease with which she copes with the varied songs off the album.

Having said that, there were some songs that stood out more than others. I particularly liked the opener “Supersonic”, the collaborations with John Park “Would We Have Changed” and Tiger JK “Rock Like Stars”, as well as the promoted single “Run”. Also worth mentioning are the last track “Hope” and “Waiting”.

Still, the rest of the album was an enjoyable listen, to say the least. For being such a cohesive and high quality album, this release deserves a 5/5, being one that would certainly please existing fans, as well as converting new ones into the fold.