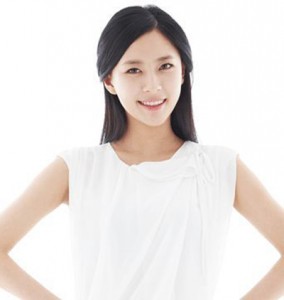 A few days ago, it was reported that rookie actress Jung Ah-yool took her own life.  Friends reported that she had been suffering from depression, and the actress herself posted the day before on Facebook that nothing could console her.  She was 25.

Jung Ah-yool’s acting credits were not many; she appeared in KBS’ Love, Love, but her contract with Myname Entertainment concluded roughly half a year ago.  Whether or not the actress, who had also been trained as a singer prior to her debut, had plans to sign with another agency is unclear at the moment.  Though she has left only a small footprint on the larger landscape of South Korea’s entertainment industry, her passing has doubtless left those who cherished her devastated.  The impact must be unimaginably painful, and I extend my condolences to Ah-yool’s friends and family during this time of great sadness.

It is a sad reality that the suicide of this young actress will likely be little more than a one-time headline, a news story easily forgotten as we all look for something else to consume — yet another poll that declares Yoona the ideal Korean female, or a shirtless selca posted by Choi Siwon.  However, it is worth remembering that cases like this are not exactly rare in South Korea.  Jung Ah-yool’s untimely death calls to mind the larger problem of suicide as it plagues not only South Korea’s celebrity population, but the population in general.

South Korea has an unnervingly high suicide rate — indeed, the highest among developed countries.  Statistics report that suicide is the fourth leading cause of death in the country, but it is the number one cause of death among relatively young people (10-39 years old).  While most OECD countries report that male suicide rates exceed female suicide rates by a ratio of more than 3:1, females in South Korea are far more likely to commit suicide than are their male counterparts.  Reasons for taking one’s own life vary with age; teenagers and youngsters overwhelmingly turn to suicide due to academic difficulties.  For high schoolers, this can be at least partially attributed to the Korean equivalent of the SAT, which is offered only once per year and plays an unreasonably large role in determining college admissions.  College students, too, suffer greatly from academic pressure — in 2011, KAIST (Korea Advanced Institute of Science and Technology) saw a serious increase in the number of student suicides, much of which was related to the university’s policy of forcing students to pay more in tuition fees if their grades dropped below a certain GPA.  Loneliness and anxiety over jobs tops the list of suicide causes as individuals age into their 20s and 30s, and financial difficulty makes its way onto the radar for individuals in their 40s and 50s. 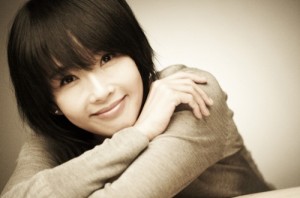 Celebrity suicides are, bar-none, the most high-profile suicides in the country, but they might be the most unusual — and it wouldn’t be an exaggeration to state that a fairly astonishing number of celebrities commits suicide every year.  Perhaps the most well-known suicides in recent years are those of actresses Choi Jin-sil (2008) and Jang Ja-yeon of Boys Over Flowers (2009), but many, many other celebrities have taken their own lives: supermodel Da-ul Kim, SG Wannabe’s Choi Dong-ha, M.Street leader Lee Seo-hyun, PD Son Moon-kwon, actor Park Yong-ha, and more.

Celebrities live under a set of circumstances that are often unexperienced by most ordinary South Korean citizens — a pressure-cooker environment that is often cutthroat, dirty, and filled with illegal and immoral activity.  While suffering from loneliness and depression is absolutely nothing to turn one’s nose at, suffering from loneliness and depression as the entire country looks on and passes judgement — in online forums, on fansites, on social networking websites — doubles the pain with which it comes.  Celebrities whose careers are failing or who have somehow become enmeshed in scandal face an even greater uphill battle. 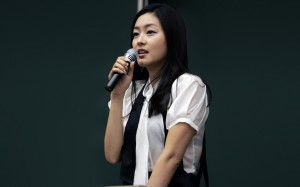 Actress Park Jin-hee, who appeared in the movie My Mother, investigated celebrity suicide while studying at Yonsei University’s School of Social Welfare.  She interviewed 260 actors and actresses and found that 38.9% were reportedly suffering from depression; in keeping with the gender trends of South Korea’s suicide rates, actresses more so than actors were more likely to be depressed.  Additionally, 40% of those interviewed answered “yes” when asked if they had thought of dying because it was too tiring to live.

While I am no psychologist, something tells me that interviewing 260 people from many, many other professions would not yield a rate of depression as high as one-third — and if one-third of the people involved in a specific industry are depressed, it would seem as though that industry’s got themselves a pretty big problem.  And just think about how underreported depression likely is in the Korean entertainment industry.  Many of our favorite idols are likely suffering in silence, as Jung Ah-yool likely was.  Wonder Girls’ Sunye confessed on Strong Heart that she attempted to commit suicide during her trainee years; how many other celebrities are harboring similar stories?

While suicide is a national problem that very obviously needs to be dealt with on a large scale, celebrity suicide probably deserves individualized attention due to the specific nature of the celebrity lifestyle.  It has been proven that celebrity suicides often spawn copycat suicides (a phenomenon known as the Werther Effect); given that celebrity suicides are often reported in detail in various news outlets (and given that South Korea is a relatively tiny and compact country), this problem is particularly severe in South Korea, thus giving greater urgency to the issue of celebrity depression and suicide.  The responsibility of providing adequate mental health care and support to celebrities ought to fall to entertainment companies, which certainly puts them in a predicament; given that their policies and practices often contribute to the hardship celebrities endure in the name of profitable business practice, devising a proper plan for addressing and carefully handling the mental health of those in their employ might prove difficult.  However, it certainly won’t be impossible, and to say that it isn’t a pressing issue that deserves immediate attention would be ludicrous.  How many more beautiful, promising young stars have to die before something actually changes?

I sincerely hope that Jung Ah-yool’s passing, however well-known she may or may not have been, serves as a reminder to all that mental health is just as (if not more) important to a celebrity’s well-being as is physical health.  South Korean society together with the guardians of  these celebrities’ careers need to craft and implement an appropriate response in a timely manner.