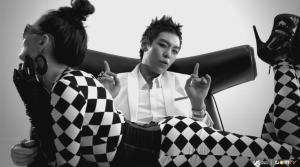 Anyone who’s paid any degree of attention to recent K-pop videos or K-dramas/movies should have at least noticed the increasing inclusion of Caucasian females lately. Unfortunately, this doesn’t only speak on the diversification of Korean entertainment, but more so on the sexualizaton of Caucasian females.  Are there instances in K-entertainment that don’t portray them in a sexually objective way? Of course, but it seems to be less as time passes.  What is the reason for the portrayal of a promiscuous white woman? At the surface the answer might seem obvious, but in fact it is quite intricate and complicated.

One reason might be because Korean media (run predominantly by men) are on a power trip, and want to show their dominance in society by being able to “conquer” what some would call a sexually revolutionized foreign female. Another reason could be that Korea’s conservative society wishes to leave the sexualized acts to foreigners and feed into the false idea of chaste Koreans and overly-sexualized Caucasians. And a more far reaching reason is that Korean media is only reciprocating the way they are objectified in western media. Or perhaps it’s a mixture of all three, but there is no clear answer.

Western media exoticizes Asian women as obedient, innocent and submissive, but at the same time so does K-media to a

certain extent. Many times Korean women are willing consumers of the cultural and sexual norms placed upon them by their society. You don’t see Korean women in these sexual roles in the same proportion as white females because they are expected to maintain a certain image. This goes hand in hand with the fact that certain actions by individuals reflect upon society as a whole and how they can be seen as embarrassing to the country rather than solely the individual.

Its goes along the idea that men can be the aggressors and women should be submissive, but that gets thrown out of the window when foreigners come into play. When Korean men date foreign women it is seen as a victory and “gives the country pride.” These women are seen as a challenge to be conquered.  But on the opposite spectrum when Korean women date out they are seen as gold diggers, superficial and weak. It is seen as a betrayal to the Korean bloodline and people, but honestly this dominance aspect can be said about any society worldwide.

This portrayal of white women is interesting to say the least because it is so exaggerated. Because of the colonization of a large portion of the world, Caucasian beauty as well as its attainment in many forms are idealized and placed on a pedestal. Having a Caucasian female in K-entertainment can be seen as winning a trophy. This is why you see Caucasian women portrayed in this role way more often in Korea than other ethnicities.

For example, there are glaringly disproportionate numbers of Caucasian women in advertisements in Korea compared to the population in Korea itself. R. Hovland reported in the article titled “Gender Role Portrayals in American and Korean Advertisements” that Asian women are also disproportionately portrayed compared to western advertising. When analyzing many selected Korean and American women’s magazines, it was discovered that 30% of Korean ads featured Caucasian female models. On the other hand only 1.9% of US ads showed Asian female models. This shows that Caucasian beauty is somewhat objectified as well as prized in Korea. 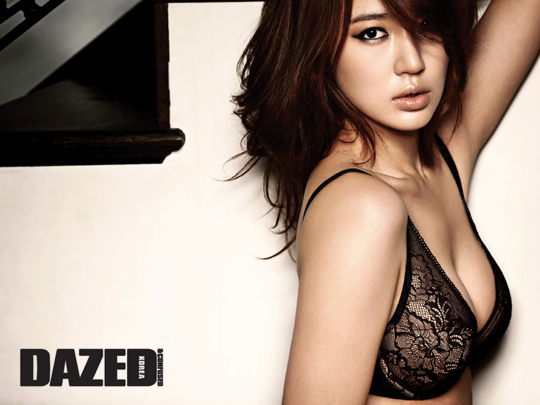 But something that throws a wrench in this whole thinking is that these women are portrayed this way because, until recently, pornographic actors were used in advertising lingerie and playing promiscuous roles.  Before Korea lifted their restrictions against the use of foreign models in their advertising in 1994, lingerie modeling was mainly done by pornographic actors.  This of course gave it a negative view to most people. Even when Korean models posed for such things they were compelled to do so in secrecy and disguise themselves in the process.

But now that Korean women are being used openly in these promiscuous ads, how can it be argued that Caucasian women are not being used as sex objects in K-entertainment when these are the roles they consistently play? 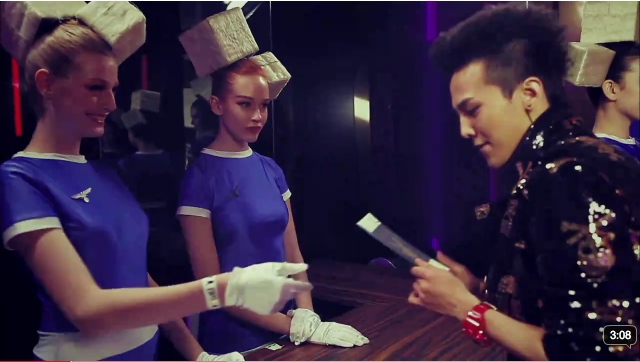 As the blogger of  Scribblings of the Metropolitician put it “One thing that I also notice is that in underwear and other commercials that require people to be scantily-clad, only white people seem to be plastered up on walls in the near-buff. Now, it may be the sense that Korean folks – especially women – would be considered too reserved and above that sort of thing.”

All of this is not to say that these stereotypes are only perpetuated by Korean media, because it is often portrayed by western media as well, but there is a problem in the continuation of it.

The large amount of Russian prostitutes in Korea doesn’t help the case in debunking stereotypes or stopping the sexaulization of Caucasian women in Korea. Martina of Eat Your Kimchi once talked about how she encountered a man who thought she was a Russian prostitute. This was for the simple fact that she was white, not because she was dressed provocatively. But she is in fact Canadian and not in any way related to the Russian prostitution ring that goes on in Korea and other parts of East Asia.

Unfortunately, in K-pop and K-media’s attempts to reach out to foreigners, they are grabbing onto the stereotype that westerners (in this case Caucasians) are naturally promiscuous and sexual in nature. This is basically saying it is the taste of Caucasian people. Big Bang is the biggest offender of this in K-pop with their objectifying of these women in “High High”, “Turn It Up”, “Beautiful Hangover”, “Knockout”, etc. but definitely not the only ones. In 2PM’s “Hands Up” MV a white female comes up to Junho and begins to rub on him in a sexual manner. Kim Hyun-joong‘s “Break Down” MV had them dancing in cages (couldn’t make this up folks).  In U-Kiss’s “Shut Up” MV the white female was portrayed as the sexual object for all of the members even at a point lifting her skirt before being cutoff to another scene. And with lesser known F.Cuz, they used white women in their “Midnight Sun” MV and teaser as zombie-like shells who were all over the members.

While I understand K-pop and K-media is trying to reach a larger fan base (I’m guessing Caucasian people), it’s kind of like a slap in the face as if to say “Look at us. We can objectify your women too. We’re cool right?” If that truly is the question, then the answer is a resounding no.