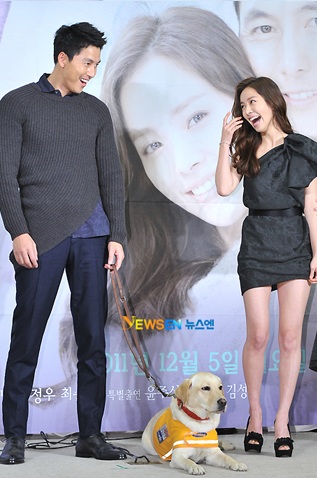 Padam Padam held its press conference on November 30th and released a 5 minute trailer for the drama’s anticipated broadcast on December 5th. Jung Woo-sung plays a man who was wrongly imprisoned for 16 years. After serving his sentence, he gets out and meets his lady-love, the self-absorbed Han Ji-min. Kim Ki-bum plays his best bud and guardian angel who watches Woo-sung’s back in and out of prison.

Anyway, as much as I enjoyed looking at photos of beautiful people being beautiful, it would be remiss of me to not comment on their clothes. Shall we begin? 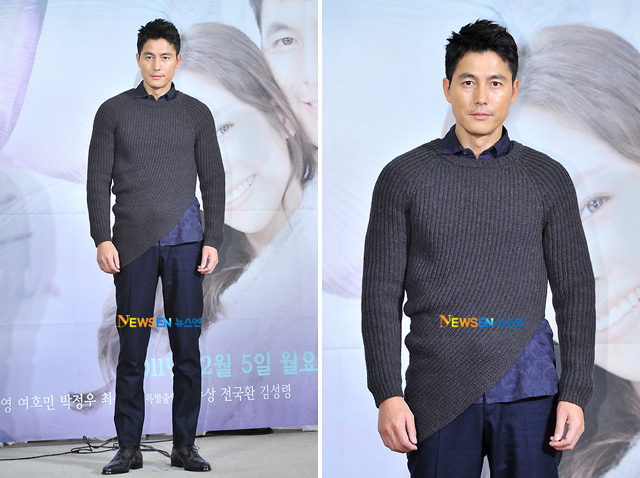 Jung Woo-sung, you rugged sexy thing you, it is very lucky that I love you because that is one unfortunate looking sweater. Honestly, I don’t disliked it that much but it just feels unfinished and boring.   They could have played up the uneven hem by adding something eye-catching underneath it. Instead, I got muted blue floras. And doesn’t help that his demeanor here doesn’t match the quirkiness of the sweater. Apart from that, everything else was safe and predictable. 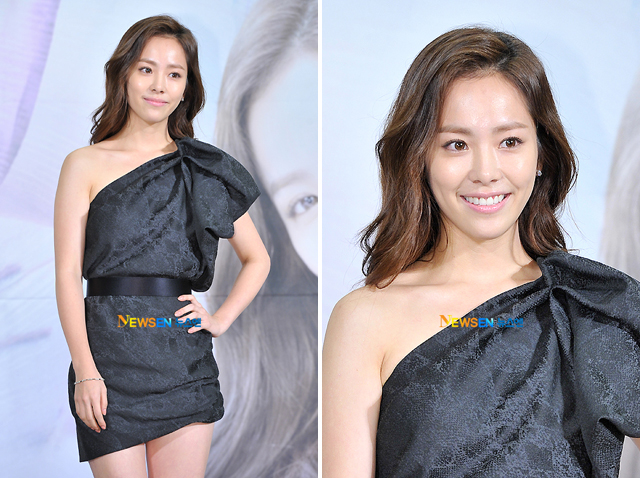 Maybe there was a dress code for uneven hems because here’s another one. Nonetheless, Ha Ji-min looked radiant in this one-shoulder ruffle mini with her matching black ruffle pumps. Her make-up was fresh and spot-on. And her hair looked luscious and perfect. Man, I wish I had a whole team of stylists at my disposal… 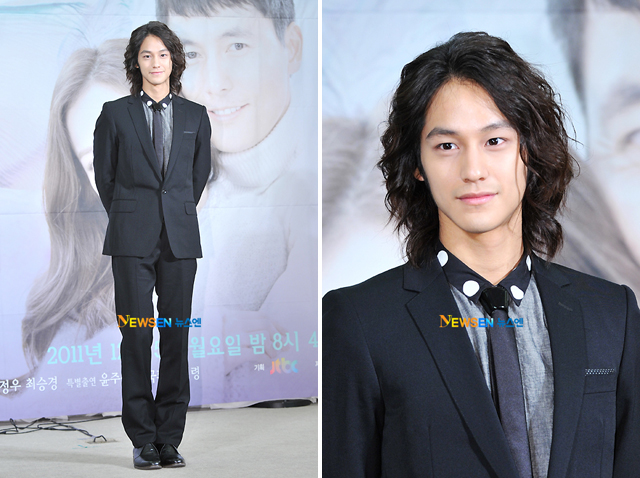 I just want to feed him. I want to give him real food not celery sticks because that’s love damn-nit. Now don’t burn me at the stake but I thought Kim Ki-bum didn’t look too hot. I found his suit to be loose and unfitted. After all, fit is everything in menswear. Plus, the color palette was dull as well. The only “fun” focal points was the poka-doted collar and the tie. And his hair..maybe he shared the same stylist as Jang Geun-suk? 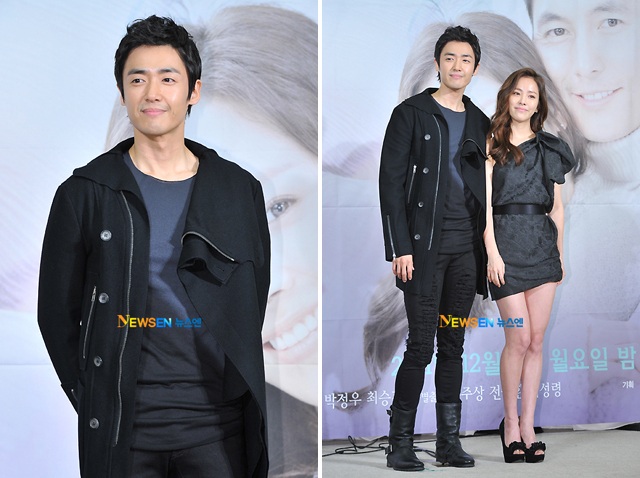 This is new face Lee Jae-woo! He plays a supporting role but they haven’t revealed much about his character. I thought his look would look better on Kim Bum because he was sporting an “idol” feel with the tight pants and casual jacket. Lee Jae-woo would have probably wore the suit better, minus the collar and the tie. Also, I like his hair loads better, just sayin’.

Although I am psyched about Padam Padam, it wasn’t because of what these actors were wearing. I understand that blacks and grays are great go-to neutrals but I really wanted to see some color. Just a little, that’s all I’m asking for.

On a side note, look at how cute these two are! Bromance! 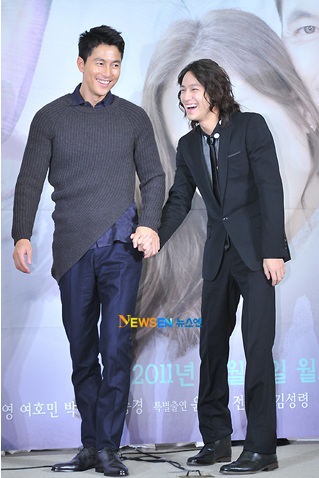 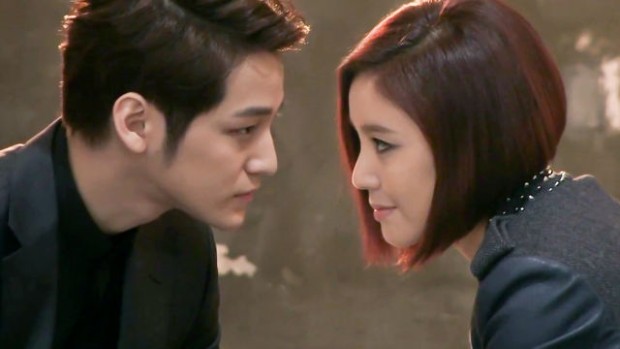