The K-pop machine oftentimes reminds me of an old joke: you can have any ice-cream flavor you want, as long as it is vanilla. Let’s face it, folks: concept is everything in K-Pop. Love or curse Lee So-Man, but we are dealing with his multi-spawned brainchild: the boy/girl group creation is worked down to a fairly simple formula:

1) Create an easy-on-the-eye concept (or use catchphrases). Nothing is too ridiculous: D-cups, no-plastic-surgery, by-racial, rainbow colors.

2) Slap together a group from available trainees that prowl the dorms of a particular management company.

3) Mix a couple of members who can actually sing (optional), a couple who can dance (also optional), and throw in a few who are there as space-fillers. Are you fuming about my “optional” snipes?

Exhibit 1: Stellar
Exhibit 2: Chocolat
Exhibit 3: half of SNSD (I’m being generous here). Should we continue?

4) Debut the group on one of the music shows (Music Bank, Mutizen Inkigayo, Mnet – you make your pick). Put them through the grind of variety shows, book as many CF endorsements as possible, airlift them to Japan for additional promo activities – and you’ve almost made your initial investment back.

5) Exploit the aegyo and s-lines (for girl bands) – nevermind that ajushis will be drooling over barely legal children. Same goes for boy-bands – but in that case, have individual band members proliferate in 6-pack-baring concept shots, pick up a few acting gigs,- the more shower scenes for the ladies’ delight – the better. 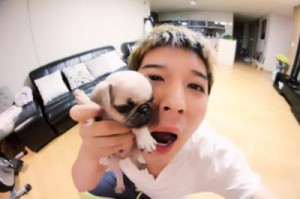 6) Flood Twitter, Facebook and Cyworld with fugu-fish-like selcas (replete with requisite kittens, puppies, turtles and hamsters). Extra points if they can combine puff-face with 2 kittens, 3 puppies, 5 turtles in the same shot. Hamster optional.

Sounds familiar? That’s because this stew had been cooked oh-so-many times in K-Pop in the last decade. The audiences keep gobblin’ the bubble gum up, and the machine keeps churning armies of replaceable boy/girl wonders. However, is this a successful long-term entertainment formula, or is this a recipe for over-saturation?

Which of these creations are going to be here in, say 5-6 years? While the formula does wonders for management companies in terms of talent control, it seems that it is stifling the very thing entertainment industry is supposed to promote – creativity. It is not a secret that most of the songs are produced/composed/written by the management agencies’ resident writers/composers (or ghost-writers/composers, if a decision is made to have one of the group members claim authoring a song). How much creative control do the members have over their music? Somehow, I doubt that the Lee So-Man-esque system would nurture the likes of Gary and Gil from Leessang, Tiger JK, Chang Ki-Ha or Yoon Do-Hyun.

So, what do you think, readers? Is the trainee system condemning its offspring to bubble-pop exhaustion, or is there a chance for it to produce more diverse artists with a unique viewpoint?