Sometimes I like to sit with my emotions. They surround me, and I just let myself feel them for a few moments. I’m grounded, but I’m also not.

A darkness runs within these songs, pulling you back for another listen. Or a few more listens. Hoppipolla‘s second mini album captures an undercurrent of melancholy, especially in the opening track “Where Is,” their title “Your Ocean,” and the transition between the two songs. “No Diggity” finds Oneus toying with the line between barely holding it together and explosion, a battle that translates into an emotionally charged MV.

Songs from the OSTs of Extracurricular and Itaewon Class make an appearance, too, because they capture an incredible range of emotions within four and two minutes, respectively. “Speak for Yourself” is gritty and slowly announces its presence until you realize you want to watch the opening credits because of this song. Meanwhile, the EDM “So Why Can’t The Earth Just Explode So This Can All End” probably matches many people’s sentiments right now. It is a big COVID-19 mood.

If you or anyone you know is experiencing distress, a list of helpline numbers from around the world can be found here. 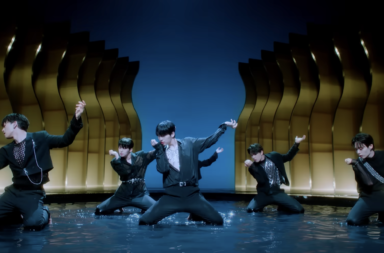