One thing that immediately sets the drama apart, for better or worse, is its innovative structure. Lovestruck in the City is basically a mockumentary. Each of its six main characters are introduced as participants in a documentary about love and dating. Throughout the show, people directly address the camera, comment on each other’s footage, and the “documentarians” often insert snide captions into scenes. Some of these shenanigans result in comedic gold, like when Park Jae-won (Ji Chang-wook) throws a hilariously petty temper tantrum at his camera operator after experiencing a vexing romantic failure.

Others aspects of the mockumentary device land less well. Mainly, the logistics aren’t well thought out. If viewers question exactly how cameras are following characters everywhere, no good answer comes to mind, and the whole concept crumbles. Lovestruck in the City also fails to completely commit to the mockumentary style, instead switching without warning between fake documentary scenes and normal dramatic ones. Overall, this structure has its pros–it adds a touch of humour–and it has its cons–it makes for tricky narrative transitions.

A unique part of Lovestruck in the City that is completely positive are its shorter episodes. Most run between 30 and 40 minutes, a far cry from many dramas’ hour or longer episode lengths. Particularly for a romantic comedy like Lovestruck in the City, the half hour runtime is a perfect fit. It allows the show to avoid dreary time-killing subplots and just focus in on its core cast of characters.

And what a cast of characters it is. Even when Lovestruck in the City struggles with tonal cohesion and plot mechanics, the show’s ensemble never fails to charm. Leading the charge are Jae-won and Lee Eun-o (Kim Ji-won), generating enough melodrama and electricity to power a small city. Rin-i (So Joo-yeon) and Kyung-joon (Kim Min-seok) are initially Lovestruck in the City’s most stable and adorable couple, but become the drama’s thought-provoking cautionary tale. Finally, bickering yet loving exes Kang Geon (Ryu Kyung-soo) and Oh Sun-young (Han Ji-eun) nearly steal the whole show with their confident eccentricity.

Lovestruck in the City shines when it is centered on this trinity of couples, as well as the friendships that exist among the six main characters. In particular, the dynamic between childhood pals Eun-o, Rin-i, and Geon is a delight.

Unfortunately, the drama wastes a ton of time playing a wholly unnecessary game of guess how all these folks know each other. There are great moments in Lovestruck in the City’s early episodes, especially in the comedic arena. However, the show feels very dependent on slapstick humor and structural gimmicks during this section. It is only around episode 6, when all of Lovestruck in the City’s characters finally come together, that the drama is able to settle on a tone, develop emotional resonance, and find its groove.

Once that happens, Lovestruck in the City is pretty fantastic, but it’s a shame that viewers have to wait so long for the show to reach its peak form. That being said, it is far better to start weak and end strong than the other way around. A show that diminishes in quality over the course of its run leaves a disappointing impression. Lovestruck in the City’s upward trajectory has the opposite effect, particularly since the drama’s renaissance comes before all of its climactic moments. By the time every narrative arc is in its most crucial phase, Lovestruck in the City has come into its own, and is able to bring each character’s story and the show as a whole to a thoroughly satisfying conclusion.

For example, Jae-won and Eun-o start out as stereotypical drama characters in a trope-filled romance that includes cliches like love at first meeting and the super special magic of a romantic fling that happens on a beach. By the conclusion of Lovestruck in the City, Jae-won and Eun-o have evolved into compellingly flawed protagonists. Each has made plenty of foolish and selfish decisions, but viewers can root for them as individuals and as a couple because of the growth they have shown themselves to be capable of.

It is also lovely that the ultimate resolution of Jae-won and Eun-o’s romance stresses the importance of honesty and self-assertion in a relationship. After enough misunderstandings, conflicts, and outright deceptions to fill several soap operas, Eun-o and Jae-won are able to come together in a healthy way because they agree to build their union on a foundation of candor, trust, and respect.

In a pair of wonderfully understated conversations, Eun-o explains to Jae-won that the reason she spent most of Lovestruck in the City running away from their clear connection is because she is still finding herself, and that has to be her main priority. Through this revelation, Jae-won is finally able to relinquish his idealized vision of Eun-o and recognize her authentic complexity. He appears willing to walk away if that is what she wants, but also offers to accompany and support Eun-o in her journey of self-discovery. She chooses to take his hand, and they end Lovestruck in the City in a relationship that has just gotten its legs underneath it, but seems to have a promising future.

The ultimate arc of Eun-o and Jae-won’s story demonstrates that Lovestruck in the City has a simple yet mature perspective on the necessary components for a successful romance: self-love, truthfulness, and mutual respect. Boldly, the show uses its other primary couples to explore the split that occurs when one or more of those qualities is not present in a relationship. Having two of three pairings end in some form of heartbreak is a risky move for a romantic comedy, but Lovestruck in the City never loses its hopeful spirit. The drama proves that it is possible for a series in the romantic genre to maintain narrative integrity and realism without becoming a complete downer.

After more or less wrapping up its main stories, the show indulges in a bonus final episode that focuses on a small romantic vignette starring Shinee’s Minho and Hong Su-zu. The concept sounds misguided, but the episode itself is a triumph, and a fitting cap for Lovestruck in the City. The drama closes by reminding viewers that as maddening as love can be, it is also an invaluable inspiration and refuge in a world full of casual cruelty. Love is undeniably messy, but it is far better to have loved and lost than to have never loved at all.

By the time the final credits roll, it’s hard to hold Lovestruck in the City’s missteps against it. The show has plenty of flaws, but its strengths overpower them. Lovestruck in the City is an exuberant ode to romance, friendship, and the hard work of learning to love and respect yourself. It’s hard to think of anything more irresistibly romantic than that. 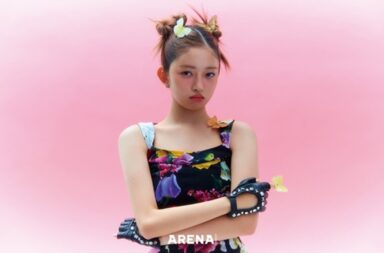